Skip to main content
Posted by The DoorwayTo February 16, 2020 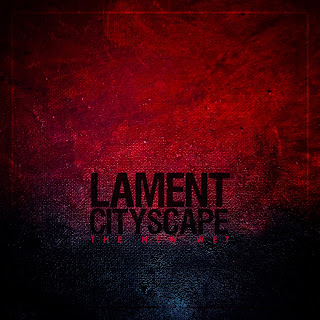 Another super dark and heavy musical force coming out Bay area of  Oakland California. What I hear on these three tracks are Industrial Post Metal in the mix of bands like  Old Swans, Godflesh, Author & Punisher and Killing Joke for sure. There is some very Post Punk elements going on as well. I would even say there are some Young Gods and P.H.O.B.O.S. going on here as well. Lament Cityscape is as powerful and mysterious into presentation of  "The New Wet " This seems to be the third release by them one a collab with Theologian (NYC). The over all heavy oppressive sound mixed with that driving massive post metal tone is just brilliant to say the least. I'm truly hope the D.I.Y is done by choice as I feel this band could have a line of labels wanting to work with them. 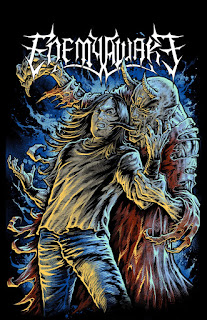 These Swedes  that a lot from the old Earache days of Death metal they have a strong love of Entombed, Bolt Thrower and Carcass. mixed in with Dismember and Unleashed as well. There are some strong Thrash elements too Sodom, Kreator and Destruction ( Yes the German kind). Love that groove that both sides of the Death and Thrash camp had in those days and Enemy Awake does this to a T!!!. That dirty nasty bass tone and those driving mid tempo drums. The vocals are throaty and raw and work best when being snarled or shouted to the world. The female vocals work very well into giving it a more modern Extreme metal feel in that Power metal meets extreme thrash way. Enemy Awake are on of the bands that really make you want to move and thrash about at shows. I know they are just a Duo and not sure they play live .Though if they do it's something I clearly would love to see. Those harmonic dark guitar tones just cut through to this very reviewers soul. 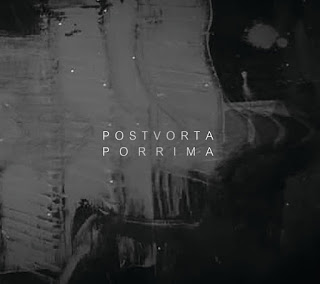 This Italian force is very much what I would call Post Doom as it mixes the sorrow, slow tempo's, progressive and post rock elements into something that is very similar to bands like Crowbar, Neurosis, Cult of Luna, Isis and even Caanan in what I hear and listening to. There is a lot of a band called Ras Algethi ( Pre Caanan) and Paradise lost too. Postvorta are impressive as all get out .  The Punishing Sludge meets doom vocals , The organs driving the guitar and rumbling bass and the wall of drums played very sparse and progressively all at the same time. Static filled droning guitars and synths between songs just bring me to the perfect place musically with a band like  Postvorta, There is some strong Post Hardcore and Noise rock vibes going on through out the band as well.  We have a constant lumbering groove going on with the album as well. If Mogwai or Caspian were Doom they would be POSTVORTA. I not going to drag this review on listen to them and be enveloped as well.