Skip to main content
Posted by The DoorwayTo February 03, 2020 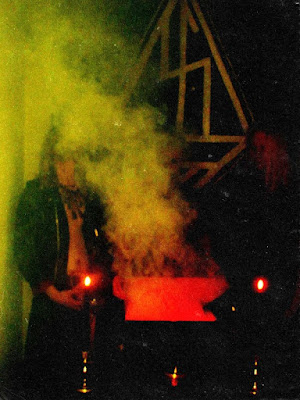 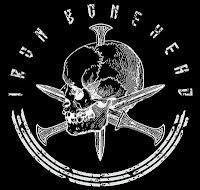 1.  Black metal, Post Rock, Heathen Folk and Spaghetti Westerns is what I hear from Jordablod.

What over the two albums have made the band what they are in 2019?
A restless spirit for exploration and a strong will to overcome.


2. Sweden is a hotbed for extreme metal why do you think Scandianvia in general has been so on the cutting edge of these extreme sounds?


This is probably the most asked question we get, and its most likely the same for most Swedish bands. It is an interesting question and one that some musicians and journalists have given somewhat sound theories about, but however precise the answer what we are searching for seems to flee every time we try to pin point it.


Here is one way to try to answer that question; we Swedes are a very industrious and innovative people when we allow ourselves to be. Combine that with the severe alienation that is so abundant in Swedish society and you might have the seeds for progressive outsider cultures.


3. Dissidence and Hazy dark tone are where I feel the most unsettling music coming from with Jordablod in 4 words explain the sound to someone listening to the very 1st time?


We have made two albums and over 90 minutes of music so far to ”explain” what Jordablod is so to compress it into into four words is beyond us.


4. Love the ugly noisy punk over tones through out on The Cabinet of Numinous Song. When in the studio how were the layers of this album put together?


The way we usually work is that we record guitar, bass and drums straight onto tape and then we work from there adding layers, which was quite a lot this time. For this recording we worked in a very nice studio with a large recording room and a smaller stone walled room, so a lot of the reverb and ambience was actually recorded live and not added afterwards.


5. How does the album art and theme of the album tie together?


The art and the music is very much intertwined. The cover is was painted by a friend, same guy that did the last album (Martin Anderson) who heard parts of the album during the recording and took it from there. The result was spectacular, and like the last album it was something I could not imagine beforehand but felt absolutely right when I saw it.


Theres a lot of art in the booklet as well which was made by the band, and those images have been very important when navigating through the landscape of the album. Writing a Jordablod album is very much to roam the deserts of the unconscious and the images were made simultaneously with the music, sometimes even before the lyrics were written. They served as a guide as well as another layer to the complete work, hopefully they can guide the listener as well, and deepen their experience.


6. How does Image and Visuals make a band like Jordablod stand out with the music it creates?


We don’t see our purpose as ”standing out” so I am not certain how to answer this question. Our sole virtue is Truth, being true to ourselves, our art, and our experience, and if that will mean ”standing out” or not, well so be it.


7. What bands have inspired Jordablod to create this sound?


What inspires us is life, death and the dream in between. The music we have heard and the music we want to hear. Of course there is a lot of different music that inspires us. Obviously a lot of metal music, we are after all a metal band, but a lot other sorts of music as well. It’s very hard to say specific bands that influenced us during the writing and recording of this album since that stretches over quite a long time.


8. Iron Bonehead seems to normally be much more less experimental and more harsh and primitive how did you come to partner with this label for these two releases?


We might be an odd band for their roster indeed, but for us it is as simple as this: Iron Bonehead have been a great partner to work with and they have never complained or pushed back on anything and have just let us take this wherever we want and feel it has to be taken. This might be quite rare in the ”music business” and we feel fortunate for our partnership.


9.  Jordablod seems to keep the mystery to a maximum with members and views of the band how does the band present itself live vs in the studio?


We present ourselves the same whatever we do, we are a group of three people who by ourselves are not very interesting for the band but when we join forces we create that which is Jordablod. The band is to be viewed as a unit, a mouth for the numinous as far as we understand and can honor it. That is the reason you will not find our own names on any of our albums, not because we want to stay hidden, we don’t mind people knowing who we are, but it is unimportant for the art.


10. I hear elements of Ved Buen Ende, Virus, Code and D.H.G mixed bands like  Earth, Sigur Ros, Grave Pleasures and Killing Joke did I hit the mark with any of this .


Earth has certainly been an influence for some parts of our sound, so you got that one right!


11..If you could tour with any band who would it be and why?
Danzig, Nick Cave and the Bad Seeds or Swans perhaps. Basically because these are bands/artists that have been important for the band and that honors both their tradition and the raw Dionysian rock n roll madness. Both which are very important for the band. And they all sound different from our band but could compliment nicely. Of course we could name at least 20 more bands but these are the once that leap into mind.


12. Satanism can be very personal or public how is it practiced and presented to the world by the members of Jordablod?


We are all somewhat different from each other in our private life so we can not not answer this question. But Jordablod is not a strictly satanic band. This is a common misunderstanding. Sure the satanic gestalt is very important and has its place on all our albums and live shows, but the satanic is not the supreme godhead for the band. In fact there is no singular godhead above all else for the bands music. Jordablod is a musical excavation into the unconscious, into the unknown, it can be a ”dark” journey indeed but with bright rays of sunlight as well, and it is not a place inhabited by a supreme master.


13. If the music all ended today what would you want Jordablod to be remembered for?


Two very strong albums, and a handfull of massive live performances. In our eyes we crafted something raw and beautiful. Whether you agree or not, we were here a while and we were quite loud.


14. Social media, Digital PR and Video age how does a band like yours tie that in with the very old world heathen/ pagan ways that matter so to artist like yourselves?


I would say we keep quite a low profile online, and mostly let people spread our music instead of making a big effort of it ourselves. So far that has worked quite well. Theres nothing worse on the internet today than ads and influencers, and of course when bands fall into that, it is off putting indeed, so we focus on doing what we are supposed to do, making music and good live performances. If you are interested in what we do you will come in contact with it sooner or later.


Saying that, the internet is not a bad thing at all, nor is the ”digital music scene”. It is very important for us that our music is available to everyone who wants to hear it, so we don’t have anything behind a paywall or so, doing so is a loosing battle anyway. Of course we believe the best listening experience is gained through listening to the album on vinyl especially since the vinyl (and CD) come with lyrics and illustrations. But if that is not available to you the digital version will do fine.


15. Thank you for the time any closing thoughts here.


Nothing to add or close on. Thank you for the interview.