Skip to main content
Posted by The DoorwayTo February 09, 2020 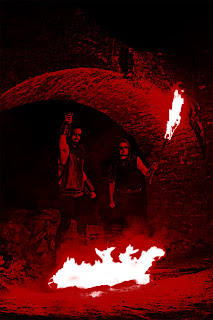 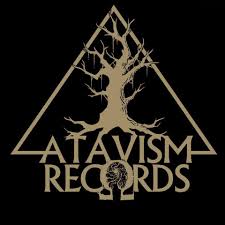 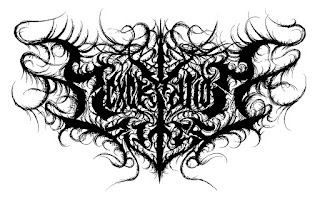 
2. I hear elements of bands like Tom G warrior, Watain, Death Spell Omega and Bathory in the vocals : who are the bands that inspired the throaty Blackend Thrash metal vocal style?

Even if you can find some similarities (because those are bands that I listen to) the main inspiration for my vocals is more instinctive: I just try to physically express the violence, the power and the magical emanations which come from the music and lyrics I create.


3.  Why just an E.P. and not a full length for Desekration Manifesto?

Those songs were created during the same period as the demo’s ones, and I wanted to offer an incremental progression with the successive releases: a 2 songs demo, a 4+1 songs EP, and now I’m working on an 8 songs full-length album.


4. Is there a Story or theme behind  Desekration Manifesto?

Lyrics are about different kinds of hate rituals, different parts all aimed at a more higher purpose of self-elevation. Altogether, it has to be considered as a powerful magical ritual book: a desecration manifesto.

5.  I know that this a Duo and Drums are not listed does the  Electronic or Drum Machine add more of that fury and chaos to what you are trying to achieve?

The band was indeed created as a duet project, just because we were able to manage with all the instruments by ourselves, and because the first step that we aimed was to quickly record some material to reveal the band, and the choice of the drum machine just came from that. Now, this purpose is in good way, so we can also focus on live shows: we now practice for several months with a very talented drummer (from the French death metal band “Towering”, and black metal band “Mortis Mutilati”), and will be able to perform music in concerts (maybe with a second guitarist, if the occasion appears).


6. What bands are currently impressing or inspiring Hexekration Rites?

Bands that impress us are those whose members are authentic into their devotion to the music: unfortunately, there are too many black metal bands which claims serious things on stage, but after the show, nothing remains.


7. If you could make a proper video for Desekration Manifesto, Which Track and how would you want it to be presented?

If I could make a proper video it will be a live performance of all songs, with a lot an incense, a lot of smoke, a lot of blood, and a lot of flames.


8. In recording Desekration Manifesto did the Vocal theme or musical idea's come 1st . Do you layer tracks or try to keep it something that live will be possible?

Concerning the composition process, the music comes first: I create all instrumental parts (guitars, bass, drums, solos drafts) then exchange with C.S to finalize it (he puts the final touch on solos). It's often during this phase that key words and vocal rhythmic patterns intuitively appears in my mind, and form the lyrics guideline of each song. Once the instrumental parts are over, I finally write all the lyrics. Multi-layering is not really the spirit of the band's music: all guitars parts are voluntarily composed to be played by one guitar in order to force me into (good) riff creation, rather than adding leads and dissonances everywhere to artificially embellish the whole thing.


9. Atavism Records I know very little about them how did you come to work with them and what are you looking for with this partnership?

Atavism Records is a little but experienced label which was created several years ago: I heard about it from the band's friends (Funeral Desekrator) and just made a deal with the boss (Guillaume). It's a very pleasant label to work with because of the proximity with its manager, and he made a very good job by allowing us to be distributed by well-renowned shops (Ironbonhead, NucleaWarNow, WorldTerrorComitee...).


10. Digital age ( Soundcloud, bandcamp, youtube, Social media and blogs) is a new age for the underground or do to many sub par bedroom bands clutter up the mix ?

To me the most problematic part in "modern age" is not the fact that there are too many bands because it doesn't change anything to the musical quality we are looking for: good bands ARE good bands, so if the quality would have been proportional to the quantity (which is not), no one would have complained.
Nowadays the most difficult part is that "all have already been created", so I think that the most important thing is to successfully achieve to create my own personal musicality, the “thing” that will make your band instantly recognizable, because I think that’s the biggest musical challenge nowadays, and bands which don't succeed in with this challenge will just disappear and will be forgotten as quick are they came, no matter how much they are.


11. Aesthetics and  Imagery play a strong role in the over all feeling and style of an extreme metal band what do you people to get out of the visuals you present ?

The same thing that I expect from other bands: to feel inspired in their capacity to overcome their own physical, psychological and spiritual limits.


12. Do the members of Hexekration Rites have other projects they are working on you would like to tell my readers about ?

We are exclusively focused on this project.


13.  Paris seems to be a hot bed lately again for more experimental and extreme metal bands like yourself what is the scene like there and does it seem supportive or every person for themselves?

Paris is an interesting mix of historical and newest bands which evolve around a very active scene (a lot of bands, a lot of concerts...), but where all the different styles of metal tend to remain separate. Regarding the BlackMetal Parisian scene, there are a lot of talented musicians who often combine their forces to create new projects, which can explain the quantity of (good) bands we have.


14. The artwork for Desekration Manifesto is very minimal and occult driven how does it tie into the theme of the record?

Occult and magical forces come from what is hidden, and minimal symbolic art is a good way to reach those forces by using the subconscious: This artwork is a more meditative way to accomplish the purpose of the music.


15.  Thank you for the time and any closing thought place here/

Thanks for your support.
hexekrationrites@gmail.com