Skip to main content
Posted by The DoorwayTo March 01, 2020

4 movements to bring us from Winter to Spring ... 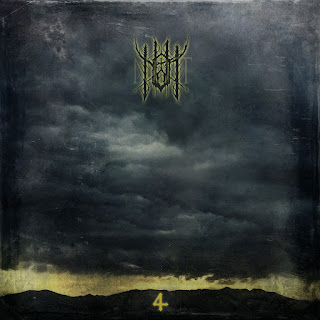 One man Black metal from Italy and many of you are running the other way I'm sure.  Well what Nott does from listening to 4 is mix Occult, Folk, Pagan  with some almost ghostly melodic elements and mixing them all into some that is familiar and very off center all at the same time. There are some very Bathory and Burzum vibes going on here and then I would say into  that Negura bunget, Drudkh and Enslaved styles. Very impressive in a clashing of sounds that seems to really work together. Nott is much more layered then I thought it was going to be and the sinister sounds work well with the complexity that is never at forefront but is clearly through out the entire release. I think what I'm trying to say is the primitive and the modern works so very well with Nott and I'm going to dig back to past releases and see what I can hear and grow as a fan. 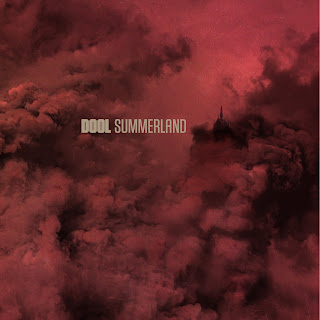 This Dutch force as thrown me for a loop as I never know where Prophecy is going to take me harsh pagan Black metal, Neo Folk, Somber Doom or full on Proggy Death metal. Well with Dool it's a mix of Post Rock, Goth Rock, Post Punk and Prog. What I want to say is if you mix Porcupine Tree, Yes,  Russian Circles and Fates Warning you have something very close to what Dool is creating. Ryanne voice is very to Jon ( Yes) and Ray ( Fates Warning)  Two vocalist I can not get enough of.  I swear there are elements of  Surf Rock, Eastern music and Dream pop at times too. While the music is uplifting there is such a darkness to it as well.  There is this metallic snarl that comes out from time to time in guitars and bass especially but its never what I would call a metal band. There are so many layers from delicate to rumbling fury . Bands like  Dool are all about textures, emotion and the way the mind relates to sonic changes. Yes many I am getting why too high brow on a band like Dool but I really feel it does paint the aural picture all the better .  I know it was recorded by Martin Ehrencrona of Tribulation and mixed by Magnus Lindberg ( Cult of Luna) both these bands have a strong hold on Dool musically Identity and I think these were great choices to enhance the elements of this very impressive band . 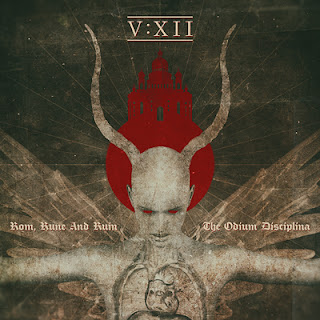 As the Ashes of  Deadwood smolder rises V:XII. Daniel Jansson (Deadwood, Culted, Blodulv, Aum Arrhythmia and Keplers Odd ). I would say this is a mix of  Black Drone, Power electronics, Electro Nightmare and Industrial Doom and is just simply kicking me in the teeth with all that impresses me . I hear elements of Nordvargr, Section 304, Valefor and  Trepaneringsritualen to name a few. He brings the doom from bands like  P.H.O.B.O.S.  and  Godflesh and the you have to decide the rest really. This is not creepy it is fucking terrifying and some people this will unsettle from the very 1st track. Projects like V:XII are trying to reach other level and dimensions of reality and see what is out there. This is a war on anyone psyche that is willing and wanting to have that third eye into other realms. I  know this is for a limited audience but those that are into the darker, blacker side of of occult Industrial we have a must listen here . This is a cut above the rest and maybe Daniels best achievement to date. 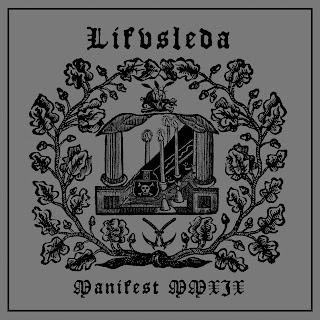 Ah sometime this is just want you want Ugly, Raw, Spiteful Nordic Black metal that sounds like it was recorded 30 yrs ago on a cassette tape and just had a ton of reverb added to the mix so it has the extra creepy we recorded in the woods vibe. Lofi works to 1000% with bands like LIFVSLEDA. Bands like this are not to make friends and you are either fully in on this kind of Black metal and just have moved on long ago.  If Lifvsleda are not in robes, corpse paint and on the stage there are not pagan elements and fire then this reviewer will be sadly disappointed. The vocals and those thin and rusty sounding guitars are what is making it for me. The blasting and blistering drumming and the cold rumbling of the bass. Being this is only a four song EP is the only down side as I really wanting more .