Skip to main content
Posted by The DoorwayTo June 22, 2019

Death from Below Massive Megaton Edition .... 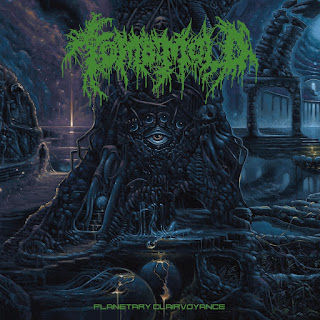 We album number two and on the mighty 20 Buck spin label . There are a few things I hear and feel differantly with  Toronto's own Tomb Mold. There is a complexity and fragile balance between the Brutally ugly Death metal metal and the Proggy almost  Melodic Death moments going on through out Planetary Clarvoyance. The vocals seems to be better in the mix this time as well as the guttural growls and scream seem to be so much more a part of the full vision this time out . The guitars from acoustic's to bitting metallic tones to almost a harmonic vibe at time really play with the bass lines that seem to keep the band rooted into place with a tight and warm tone that just fills this album out so well. The Drumming and Precussionary madness going on here is equal to all the rest.There are Death metal bands that just live with me always Bolt Thrower, Carcass, Incantation, Hypocrisy, Gorguts etc and now we have Tomb Mold bringing in the next generation of stunning complex and thought provoking Death Metal !!!! 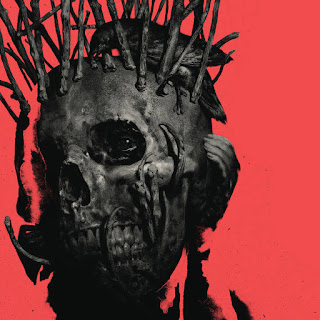 We are going to go into a terrority that is something i've been becoming more and more a fan of over the last few years at the Death metal world has being geting some very interesting bands and its the world of Deathcore or more to the point Melodic Deathcore and with Angelmaker this is were they very much sit and it maybe a throne they are now sitting upon with an album like this . It's brutal, heavy, fast, catchy, groove filled and just down right crushing. The Scream and grunts are just stellar and nothing needs more to be said there. The hardcore elements really come from a mix of the vocal arrangement and the slam and mosh guitar riffs that just make a pit want to start. I love the Swedish Melodic Death touchs that come in and out of songs as well . There is a bit of a Blackened metal over tone on some tracks too. Angelmaker is best when the songs mix the in youre face elements with those catchy hardcore meets Old school Death mosth riffs. I truly hope they are not signed to a bigger label by choice and this should be getting much more exposure then it currently is and I hope my little voice here get them some more follower to the Cult that should be know as Angelmaker!!! 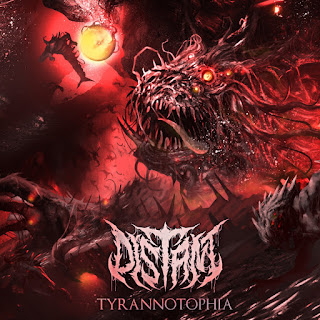 This vision of chaos and fury is a bunch of hologans from The Netherlands. I would say Distant is as a Tech Dbeat/Deathcore band that love that very modern Death metal sound and power as they go into Djent moments for me and I feel times that the align to After th Burial,  Meshuggah and Carnifex to name a few. At times this is a fist to the face then other times its a total mindfuck of layers and levels of complex riffs, tones, vocals and percussion. I glad the Pig squeels are used at a minimum and this bands its just to impressive to let that be the focus of Distant ever. I love that you can hear everything that end of the production is amazing . I just wish it was such a dry sounding production. I know they are keeping the production tight as it an epic Deathcore undertaking to say the least. So space to let those riffs really explode . Distant you are a very impressive and command band and I look forward to hearing much more from thee. 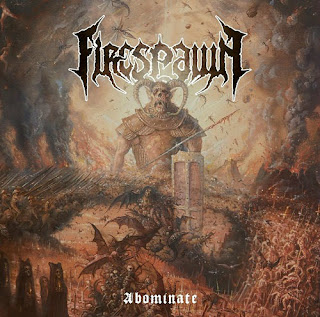 So what do you think your are going to get with members of  Entombed and Necrophobia???  I hold its old school Melodic Blackend Death as this is just what the doctor ordered . Catchy,Grim, Brutal and Metal very so fucking metal. IF you like both of the bands above then this is going to be a good day at the recor store your you my friends. There is a element to the music that draws you in and keeps you there also  L.G. Petrov just has one of those voices for Death metal and it carries over the hill tops.  Loved it in Entombed and still to this day its just as powerful. The music at times is very much that 90's Swedish Death vibe and the guitar make a harmonic bliss that is second to none. I do like that Black and thrash element you get from time to time as well. Firespawn is head bobbing Death metal and keeps you waiting what twist and turn will be next.  There is enough of an  injection of  left of center ideas here to make it sound new even know there is something so very familar about all of this . Firespawn keep this up and I will keep coming back do we have a deal?? 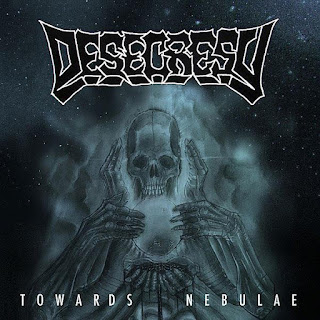 Death metal has the other side of the realm as well the ultra ugly and brutal elements of the nine headed hydra.This is guttural ultra low , complex and doomy as well as war like this reminds me of bands like  Bolt thrower,Demigod, Incantation,The Chasm,  Womb and Immolation in style , presentation and just over all immense power.  There really is just something about Finnish bands that have such a powerful understanding on extreme music especially in metal or noise bands. Well this is a one man force and with that I need to just say Tommi Grönqvist you get how death metal works and needs to sound if we are going for that over the top ultra sick and more midtempo style and aural movement.There is really something very haunting and foreboding about Desecresy and I will look forward in all the future releases as well. Towards Nebulae is an album that should be know for years to come in the underground .. 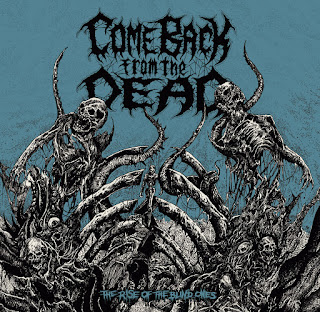 This band maybe from Spain but Swedish Buzzsaw Death metal in the vein of  Dismember, Entombed and Carnal Forge is what I'm hearing , understanding and loving from Comeback from the dead. That punk element is very strong in this album and yes the 90's  earache, roadrunner, relapse and Nuke Blast styles and ways are in full effect here. There is a sickness to all of this and a simple yet so fufilling moment to this . I love when it gets to that late 80's Classic metal tone too as this works so well with the over the top Death metal vocals and guitar tones. Comeback from the Dead are another one of those bands that make me want to find my demin vest and start adding patches to it once more. You clearly need no more praise then that DONE!!!! 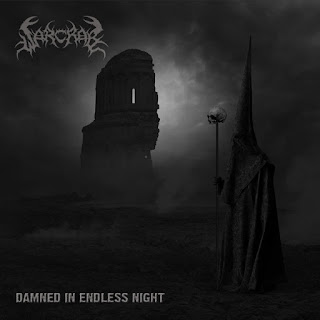 So the UK now wants to mix  Doomy Sludge with Warlike Death metal . Warcrab I did like the last album I heard but with this there is more power and fire then the last its as Bolt thrower & Entombed  came together with Iron Monkey and Crowbar and had the most unholy of unions and this disgusting abomination spewed forth upon the world. There is a very sinister and unwinding sound and style going on here . The keep te tone and tempo of Doom and Sludge but write the album as it was a Epic Death metal album for the warlike massive at the front of a battle that there is absolutely no way to stop. I worship the doomy and bombastic themes that are coming  from  " Damned in endless light" I am almst waiting for some blackened elements to come into the picture but it never does and clear Warcrab never needs it. One thing my very ill gentlemen why the name Warcrab and why will I never forget it moving forward. This is a great example of mixing genres and it working extremely well.