Skip to main content
Posted by The DoorwayTo April 26, 2020

As the fragility and sinister smiles on the world come to full vision. We welcome our next aural incantations.. 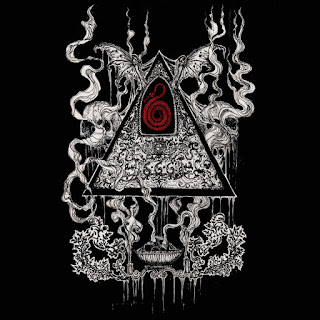 Portugal this is not a country I think about a lot when listening to Metal outside of  Moonspell and I know hat is wrong. They have some really impressive  Black, Doom and Death bands I get it. With  Ancient Burial they are noisy and  brutal as fuck . This is Barbaric raw Black metal that causes nightmares for many of you out there. The chaos is the key to a band like Ancient Burial its about  violence, bombastic , lofi sounds with tortured vocals and drumming so fast it comes across as a wave of cymbals and rumbles . This is truly music for the end of days and with that said you could do no better them Ancient Burial. This very similar to Early  Krieg, Profanatica as I listen to this through out. It is very over the top and I know many will think this is just noise but there are rhythms and musical elements through out you just need to listen. Extremity can be beautiful . 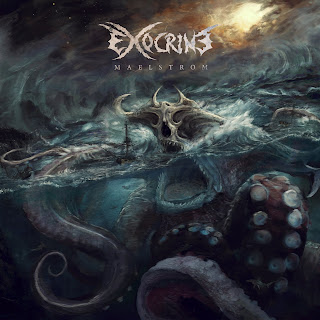 So there are times that a band just gives you chills and makes you question all you have heard before  well Exocrine from France has just done that . Symphonic, Extreme, Progressive, Tech and awe inspiring  Death metal. From Brutality to Operatic Female vocals to Jazzy to Avant and that is just the beginning . The Tech Death is so modern and futuristic it add to so many layers of this beast. Then those deep and massive break down that groove so hard. They are like  Gorguts, Gorod, Obscura, Rivers of Nihil, Nile and Beyond Creation for sure. I'm not a huge fan of pig squeals and they even find a way to make them interesting in a record. At time they even go into these Melodic Prog Death moments that feel like I maybe listening wher bands like  Atheist, Cynic and Pestilence where heading. Exocrine you have made a Death metal record so much more then Death metal yet still keeping that element so in tacked I feel like this is a ground breaking release for  Unique Leader and will be taking them to the levels of the big guys like  Nuclear Blast, Relapse and Century Media. This is the future of extreme metal and forward thinking extreme music releases!!! 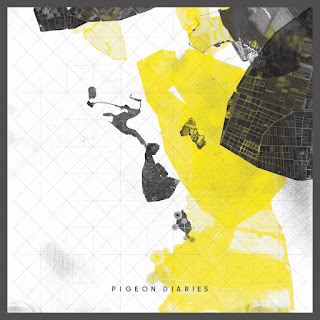 Dark, Jazzy, Unsettling and all in one 17 minute track . Yes Enablers are like  Post Rock meets Jazz meet Avant Rock all in some alternate world where the the 60's avant Jazz scene never died and the experimental music world still came to be. If you like Bands like  Morphine, Nick Cave, John Zorn, BOHREN & DER CLUB OF GORE and Sonic Youth all in one. Music like this just draws you too it or pushes you away. The Spoken word/ Beat Poet Style of vocals with this musical soundscape behind it. Is just down right magical to me. It really reminds me of bands like Rodan and Slint  just in 2020. You all need to witness and experience a band like this once it may shatter all you thoughts on what are is and can be. 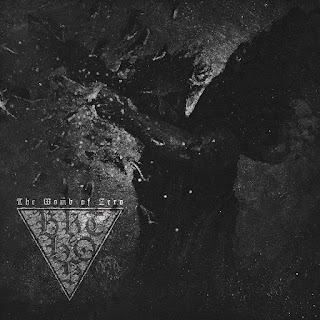 With members of  Behexen and Horna. This should give you a degree of what we are about to receive here . This is where you maybe a bit fooled there is music more an epic and melodic  Black/Death element going on here . It is full of Occult and Luciferian themes. The production is  full, thick and almost Orchestral in presentation. I would say the bands that most come to mind when listening to Bythos are  Behemoth, Dissection, Rotting Christ and Septic Flesh and as we go through the albums tracks there is really a mix of cold melodic death with those 2nd wave Black metal movements we have all grown to love. Bands like Bythos could cross over into a larger audience so much it they wished too as they have those dark gothic overtones that will bring many to the band and hook them in. The vocals are deep and sinister and they command the record. That is what you really need for a soundtrack to the extreme like this . Finland really has something special at times I swear you here even elements of  Sentenced and Amorphis in what  Bythos creates. There is a folk and viking overtone to all of this at the end of the day as well. As we all dig deeper you will hear more and more .  The Womb of Zero album is layered in its complexity and melody and this what will keep you coming back for more.