Skip to main content
Posted by The DoorwayTo April 01, 2020 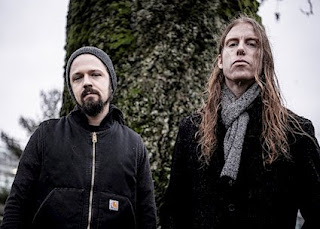 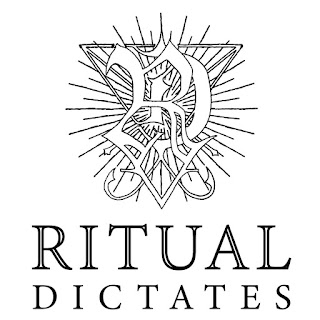 1. What brought the two of you together  to create  Ritual Dictates?

Well, the years in 3 Inches of Blood together definitely brought us together. The touring and writing, and the abundant amount of hours spent together in a dank van. We also have similar tastes in music, and just enjoy writing and recording music together.

2. How do you see 3 inches of Blood or Revocation tied into  Ritual Dictates sound wise?

I was excessively touring and writing riffs for 3 Inches of Blood from 2004 to 2015, so the years spent in that band definitely changed my way of playing and writing. There's riffs on the new Ritual Dictates record that I probably wouldn't have written if it wasn't for my years in that band, which may or may not be audible for 3 Inches of Blood fans.
Ash has been in Revocation for years now, so fast and relentless drumming isn't new to him. If anything, he's got me on MY toes.

3. I hear elements of   Black/Death/Grind/ Crust/Prog/Viking/Post Metal and Power metal. Did you just play whatever you wanted this time out and what happened , happened?

More or less, I'd say. We had spent years writing songs on and off, and naturally our styles changed over time. But we also enjoyed writing whatever the fuck we wanted. Our foundation was created from an assortment of inspirations, and we wanted to channel all of them. Why hold back?

4. If someone was about to listen to "Give in to Despair" for the very 1st time what 5 words would you use to describe the album?

I suppose I'd tell them to "GIVE IT YOUR FULL ATTENTION", and we'll talk after. It's hard to sum up a full album in five words, but maybe when they listen to the whole thing they can tell me in five words what they think.

5. How does the artwork tie into the theme of  "Give in to Despair" ?

Rheanna Fancypants did all the artwork for our album. She designed the logo and sigil, as well as the graphic layouts for our EP's etc.
The theme for the artwork is inspired by the looks of old hardcover books, like the shiny foil lettering on the leather bound cover. We wanted something simple, yet effective, intriguing and purple! And we love how the art turned out!

6. Will Ritual Dictates be performing live after this great plague we are sitting though? Or are the Duo just a studio project for the time being ?

We had assembled a live band just as COVID-19 started it's world tour, so unfortunately live shows will have to wait. But we WILL be playing live at some point.

7. I know very little about Artoffact Records other then a few albums and bands I really like on label like OVO, GOLD, Controlled Bleeding and  3Teeth. How did you come to work with them and how has the journey been so far?

It's been great so far. Actually, I have a connection with Artoffact that goes back quite a few years. I was a session and live guitar player for an EBM inspired band in the early 2000's called SVD, and happened to meet Jacek (the owner of Artoffact) at a show we performed in Toronto. He also not only released one of their EPs, but I also played guitar and co-wrote a couple of tunes on the Front Line Assembly record "Improvised Electronic Device" and keyboards on the Dead Quiet record "Grand Rites" which were also released on Artoffact.
Jason Corbett from ACTORS helped introduce us to Artoffact. He mastered our record, and sent it to him to check out. Around that same time, our friend Sarah Lutz from LOOTERS had sent him our album as well, so I feel like Artoffact was bombarded with our music, which worked out in the end.
I appreciate the eclectic variety on Artoffact Records. They appreciate good music in any form, and we're thrilled to be on their roster.

8. Digital age ( Bandcamp, Youtube, Soundcloud, Twitter, Podcasts and Blogs) has this been a blessing or curse for underground  extreme music ?

Definitely both, I'd say. It's a blessing to be able to stream your music to a world audience. It's also a blessing to access a library of fantastic music, especially during times of quarantine and isolation. Spotify, YouTube, Bandcamp, Apple Music etc. have all contributed to the exposure Ritual Dictates has gotten so far. Our music has been included in some rather high profiled playlists on Spotify, and people are not only streaming our tunes but they're also sharing them to their friends, so it's been incredibly helpful for us and many many others.
I feel like "the curse" of it is the short attention span which comes from getting something free and is as easy to obtain as a click of a button, and I'm not saying everyone who streams music for free will do this. But if I paid for a record, I'm more inclined to listen to AGAIN if I don't like it the first time around. Music grows on you, and there's been a few records in my life I initially regretted buying because I couldn't get into it the first time around. But I spent all my fucking money on it so I'll be dammed if I don't find something on it I like. And sure enough, I listen again. And then I start to like it. And then love it!
I'm very pleased our music is online, and it's available for everyone to stream or to buy or whatever. But we wrote that record so that you could listen to the whole thing, free or not. It's like a painting. You don't just look at one corner and then move on to the next.

9. You have some impressive Purple  Vinyl coming I must say . Why do you think Vinyl w/ digital downloads have become so popular again in 21st century ?

I'm really not so sure. I have always appreciated the rituals of vinyl. The collecting, the artwork and the packaging, and just sitting down and enjoying Side A and Side B, and on many occasion Side C, D, E, F, etc... I seem to pay more attention to music spinning on my record player than music streaming online, and records are just a wonderful conversation piece if you're among friends. Music on any format is great, but there's something extra special and sentimental about vinyl.

10. Is the scene thriving in B.C. what bands from from you home are impressing you the world or at least my reader should check that they are missing out on?

When COVID-19 isn't taking the world over by storm, ACTORS are. They're a great band, and until recently been touring a hell of a lot. I cannot wait for their sophomore album.
Another awesome band from Vancouver is lié, who are killer live and I'm really digging their new record YOU WANT IT REAL.

11. What song do you want a proper video made for off your  Debut album and why?

We recently premiered a video for our song "Extinction" which was directed by Kyle James-Patrick and produced by Rachel Rampage, and both the censored and uncensored versions are available online. We chose that one specifically because we felt that song captures our style respectfully and would make for a good introduction to those who have never heard us before.
Our lyric video for "Given to Despair" was made by Nick Sewell, who's been a friend of mine for a long time and also plays in BIBLICAL and MOUNT CYANIDE. Two very killer bands!
We will be premiering another video soon directed by my longtime fried Chris Ray, for the song "Poisonous Proclamation" and featuring Danko Jones. How exciting!

12. If the two of you were not creating music what would the alternatives be?

I can't see Ash not playing drums, but he's had some TV and movie appearances in the past, so maybe that would be an alternative for him? I am a cremator as well as a musician, so if I wasn't doing music I would probably still work in the mortuary business.

13. Is Social media and good PR all a band needs today to get a buzz or do you feel live gigs and connection to the music still a main need in 2020?

Well as of right now, live gigs aren't an option. So to compensate for the lack of live performances, work extra hard getting your music out there through social media. And if you're in a good position to hire PR, that also helps.
I've been watching live streams of bands during COVID-19. Necrophobic from Sweden streamed a live performance, and I just watched my second live Orville Peck solo performance via Instagram, so I've been getting a wonderful dose of live music on social media during isolation.

14. Thank for the time any closing thoughts here .

Thank you for the interview, and GIVE IN TO DESPAIR!