Skip to main content
Posted by The DoorwayTo March 06, 2019 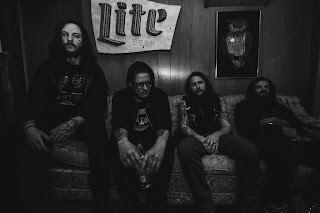 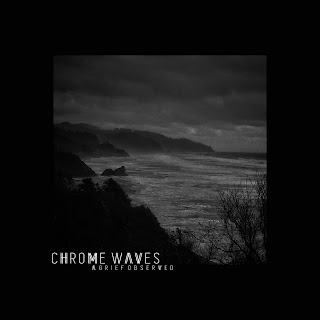 1.Why bring Chrome Waves into the world?


2. I know there was a line up change for " A Grief  Observed " I hear avant post metal meets blackgaze. Am I off base?

James; Not entirely.  There’s a bit of crossover in any case. I don't think there was any specific approach other than to play exactly what we felt most comfortable playing. So there was no specific moment in recording this that we said “lets sound like this”. We just wrote what came out naturally.


Jeff: I don't really think the EP was much different honestly. There's probably a little more layering on this one, but that's about it.


4. Love the mix of blackened shrieks meets ethereal  / Gothic doom vocals? The orchestral elements tie in so well. Was this the plan all along?


James: There wasn’t more forethought going in. I tried to do what I was best at, and what came to me naturally. I asked Jeff once when I started demoing, “is it okay that I sound much different than Stavros?” Obviously he’s a fantastic vocalist and someone I look up to, but Jeff just told me to do what felt right and that's how I wrote it. A lot of the vocals were written on the spot, with out planning even lyrics sometimes before pressing record in my studio. I have the most fun this way too.


James; I did a few shows with a band called Aprilmist from KCMO last year (with my other band Amiensus) and they’re seriously creating great music. Also fantastic performers.


Jeff: It's not in regard to the sound, but lately I would say one word would be, "expensive."


7. I hear elements of Tenhi, In the woods, Katatonia , Alcest, Manes, Dark Tranquility and Solefald . Do any of these bands inspire your sound?


James; Truthfully, while i’m familiar with all of them, the only band I've listened to enough to call an influence on this list is Katatonia. “Brave Murder Day” is one of my favorite albums.


Jeff: That new Manes record was my favorite to come out last year that I heard, but I wouldn't say I look to any of them for inspiration.


8. How did you come to work with Disorder Recordings?


Jeff: It's my "label" and just a name to throw on things that no one else wants to put out. When Dave (Earsplit) told me I needed a label name, Joy Division's "Disorder" was playing at the time, so there you have it.


9. Emotions seem important in theme of A Grief  Observed. What is story behind songs?


James; The album title comes from a book by the late author C.S Lewis, who is most well known for his Chronicles of Narnia series. Lewis wrote a LOT of other books- and I’ve read quite a few of them. The overall theme is about losing a loved one- with a little bit of apocalyptic theme involved.


10. The artwork is intense how does it fits albums theme?


Jeff: I find the beaches of the northwest to be pretty relaxing and also a place for great introspection. You kind of just get lost in the white noise and scenery and I think that worked well with the album.


11. I know you have all been in other bands. Is Chrome waves only focus now?

James; Chrome Waves if my main live band at this time. My other projects primarily consist of musicians unable to do it more full time and a few studio projects.


Jeff: Yeah, I'm tired of waiting around on people to finish other projects and I've been trying to get this one back together for awhile now.


12. How is live vs studio which do you prefer and why?


James; Advantages to both, but speaking specifically about this band- we embark on our first run very soon and i’m pretty damn excited. I’ve never had the opportunity to play guitar and sing in any band before.


13. If you could make proper video for any track off A Grief  Observed which would it be and why?


James; Our video for “Past the Lights” was pretty fantastic, but if we had unlimited budget, the title track would be the most thematic.


Jeff: Open Casket video is coming out soon and I'm going to work on another one as well.


14. How has social media, Bandcamp and digital age changed the way you create make music in extreme underground in 2019?


James; People don't want to pay for music anymore. Except in some niche scenes like black metal. Streaming of music and availability makes it easier to be recognized but also means the market is flooded. There are a lot of really “good” bands out there. Not a ton of “great” ones though.