Skip to main content
Posted by The DoorwayTo May 14, 2017

Void Throne Interview is up!!! 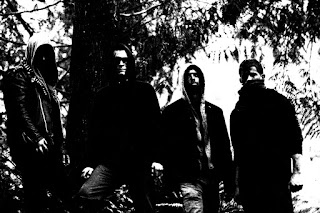 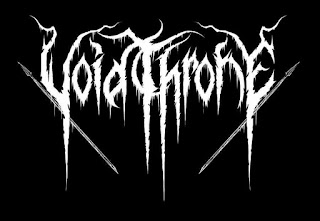 1. Your mix is so very Caustic and Dissident how did this sound come to be with Voidthrone?

We have made a commitment to dissonant music. The world of dissonance is a signature of the underground--the mainstream is a deeply troubled realm, and so we have cultivated a caustic atmosphere to try and dissolve some of the blank mindlessness that resides there in favor of a decided edge. Right off the bat, that was what the members of VT had in common. The vocalist, guitarist, bassist, second guitarist, and drummer all were on the same page in terms of the type of music we wanted to create. It was a bit of an accident that we all ended up in the same band in some respects! This seems to be the way that many bands come together.

2. You can hear elements of the Northwest Black metal sound that is called Cascadian I hear Wolves in the throne room early sounds same as Velvet Cacoon,  Woman is the earth mixed with bands like  Aosoth, Watian and Marduk as well.  Would you say these are influences?

These are all definite influences of ours. We derive inspiration from everything from plastics to thickets. We've sort of absorbed some of the sounds of the Northwest in our composition. Rain and overcast skies mellow out certain passages of black metal that would otherwise retain the abrasive aggression of early Norwegian black metal. On the whole, however, we try to maintain aggression. Our goal is to make the listener curious, and therefore engaged, yet uncomfortable.

3.  What this theme of Spiritual War Tactics? There seems to be a strong story here?

The first album follows a detailed storyline involving ostracization, travel, vengeance, and enslavement. Spiritual War Tactics is the vengeance part of the story

4. If you could make a proper video for any track of the album what would it be any why?

We are in the midst of working on a video for Hypnotic Enslavement. We think that Hypnotic showcases all the elements of our sound.

5. Do you feel all you need in 2017 is good PR , Social media and outlet to distro your music? As your doing this DIY... Why not seek out a label so early on as a band for support?

The help of a label would be something we are open to. As it is right now, it's possible to do a lot and more with all hands on deck working on social media, promotion, booking gigs, etc., but resources are another question.

6. What musical acts are impressing the members of Voidthrone currently?

Swampheavy, a Seattle-based, doom/stoner metal act brings a powerful amount of decibels and serious riffage. A God Or an Other is incredibly solid and prominent in the scene.

7. Do the band member work with other projects if so tell us about them.

8. If the members weren't making music what other creative outlets would you all be working in?

All! Film, other visual media, oil painting, and theater are all serious interests of ours. Our vocalist, in fact, has done all the artwork for VT so far, including T-shirts and album art.

9. Is image or presentation important in this style of music as there always seems to be an occult, mysterious vision to bands of this style or can the music speak to it all?

We recognize the importance of image while maintaining a commitment to the music. So far, we have not delved into imagery for our live performance beyond fog, fretlights, and black garb, but Voidthrone plans to build up our live act for future shows, possibly to the inclusion of on-stage painting, pacing, and/or video.

10 Bandcamp and soundcloud seem to have made music creation open to such a way array of people. Do there outlet help or hinder the creative outlet as it seem you can not make a living out of extreme music any more and that was not the case 15 yrs ago?

The landscape of music consumption is ever-changing. It is absolutely impossible to predict what doors technology and the internet will close and which doors they will open in the next ten years. As for the situation right now, Bandcamp seems to have helped the creative artist proliferate music. It probably benefits artists in obscure subgenre (like us) and perhaps hurts more mainstream artists who are no longer able to dominant a limited scene. In the case of our style of dissonant and harsh metal, there is zero potential for mass commercial success and real profit. That is what makes this sort of music great-- it only attracts musician who prioritize art and passion.

11. Seattle seem a very electic city for music we have  Subpop, Nevermore, Sanctuary, Hendrix, Alice in Chains, The Accused, Tragedy all from the same play want is the scene like there is there is one?

The Seattle music scene is indeed very complex and dynamic. It really helps, when trying to characterize the scene as a whole, to narrow down to a few genres. It really hurts to confine one act or band to a genre. As far as black metal and death metal are concerned, the scene in Olympia is as important as the scene in Seattle. Several key venues including the Obsidian and Cryptatropa make Olympia an important part of that community.

12. Were do you see extreme underground music heading and what can we expect from the next songs and albums coming from Voidthrone?

Extreme music will proliferate and explode in the next ten years. This is not in question. As novelty and complexity increase in the universe through time, so too does extreme metal. From Voidthrone, you can expect more dissonance, more avant-garde sounds, more intense, concentrated atmosphere, and more chaos.

13. Thank you for the time any closing thoughts here

Big thanks to Mind Eraser!!!