Skip to main content
Posted by The DoorwayTo September 22, 2018

Few thoughts from the outer realms ... 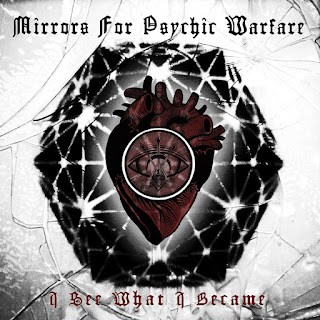 So what do we get when Scott Kelly goes more industrial and less Doom metal . He incorporates elements of  Tribes of Neurot into something I would say is  Ethno industrial Post Rock . You can really hear the eastern elements in this very much in the way Rapoon or  Muslinguaze did the same think. There is a love of newer NIN and Older Skinny puppy here too. Love the way the buzzing guitars really work to give it a more complex and aggressive tone. There are some very Martin Atkins with Murder Inc and PigFace moments going on there . This Duo is rounded off with Sanford from Buried At Sea and Twilight . He brings some impressive dark electronic elements into this as a whole  as well .  As cool and masterfully done as the Debut several years back. I even hear elements of Ulver in this and as the record goes along  we have an force to be matched in 2018 with this  Industrial  Rock meets Noise Rock gem. 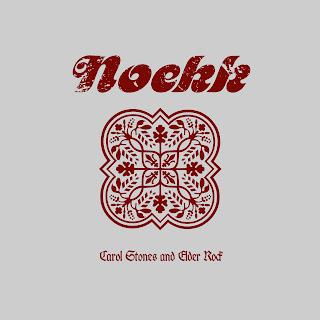 Noekk with these  3 tracks as a taste for upcoming fourth album is a mix of bands like  Tenhi, Of the Wand and the moon, Spiritual Front mixed with David Byrnes of  Talking Heads and even some of those World Serpent projects.  So Dark Folky, Neo Classical, Ethno and Strongly Acoustic and Moog 70's vibe on last track with very  emotional clean sung vocals . It almost feels like a Nature base Pagn movement that has some underlaying sinster elements. I'm not sure if there really is much more that needs to be said as if you like the Dark Folk sides of what I just spoke about you will be very into this . Boyd Rice and Nick Cave fans as well will rejoice in music of this variety . 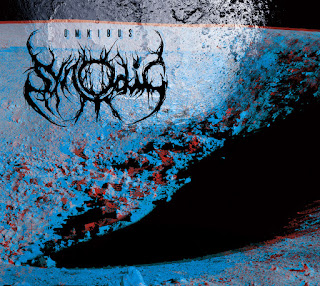 Ok Avantgarde decided to release  (Infinite Presence In A Violent Universe full-length album and the Prodigious EP) both from 2017 and a brand new track as a full album release for the world to hear . This is very raw and experimental in a post black metal overtone .  The Themes are of Science and Cosmos. There is a very Industrial Black metal feel over all to this very interesting take were they mix  bands like Bloodthorn, Oxiplegatz , Taake  and Bal Sagoth . Synodic is a one make force from Tulsa , OK by the name of Myrdin Cerphas. The distance sounding Synths and very cold and sterile vocals work so well with the low fi guitar tone. Synodic really have an unsettling sound and feel over all. That is keepimg me coming back for more. I look forward to hearing what the next proper album brings us . 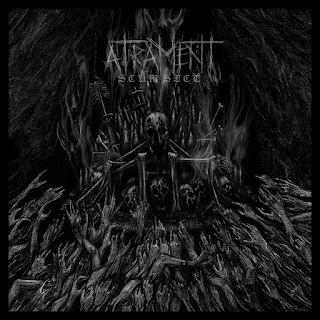 Bay area  Crusty Blackened Post Punk mongers making some nasty and dirty music that is for the seedy underbelly of the underground . Crusty Black Doom is always better when its got that raw punk elements as well. I love the hatred that is coming from the speakers from all this down right amazing tracks. The vocals truly spit venom with every song.  There is an early Voivod and DRI feeling to this with those early  Norway and Swedish Black metal band. I can hear elements of  Nasum and Nails through out as well .  What else to you want your going to love this punch to the throat band . They truly never fail on on this  album. Keep it up .