Skip to main content
Posted by The DoorwayTo September 03, 2018

4 travels into very different sonic views for a Day of Labor ... 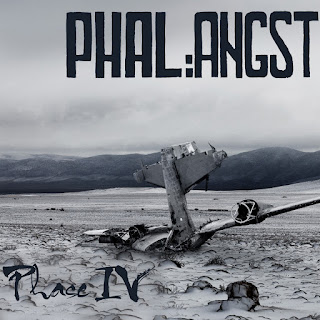 This seems to a second proper release from this Austrian Industrial Post Metal act.  As the album begins it reminds me of those  90's Industrial Rock album from Metropolis, Cop intl and Re Construction label. I would say Nothing  Records as well esp early on.  They are guitar heavy electronica with spoken vocals and programmed drums. You all know where I'm going with this correct? There are some  eastern elements as well has those Avant Post Rock vibes going on through out the album.  If you were into bands like  Pigface, Murder Inc, Lunar Bear Ensemble and P.I.L.  The more I listen I hear those Invisible Records artist as well. Mixed in with Mogwai and Caspian . This really is Industrial Post Rock with metallic elements . Phal:Angst is going to be an amazing journey for some and total boredom for those that do not like to hear music experiment with minimalist electronics, droning guitars and industrial vocals / spoken word moments.  I love the bluesy/ Spaghetti westren  overtones mixed into this well. Phal:Angst are clearly a musical trip into unknown realms very few have traveled before. I really feel this could be something that Mike Patton created or something the NYC label Tzadik would be interested in releasing.  With each track this album becomes more interesting and dragging me deeper in . Great work on this album I now need to go back and hear the last.. Oh doesn't hurt that Justin Brodrick and MC Dalek are on this as well. 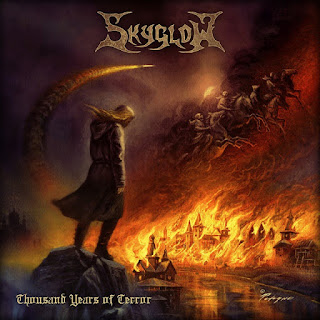 Russian Prog  Death/Blackened/Folk Metal what do you think you are going to get from here well if you said elements pof Death, Pestilence and Atheist then you are going to be damn close. I also hear elements of bands like  Gorguts, Carcass , Obscura  and  Neuraxis . Ok so lets just get this out of the way Skyglow is massively talented and complex in the best way bands that play this kind of music are all about . So you a fan of labels like Willowtip, Black Market Activites and I Void Hanger and Season of Mist  This is something that will be for the more experienced Death metal fan and something that wants a challenging and exciting change of pace within each and every song. The Jazz elements are strong here with all bands of this style. The vocals are much more Extreme thrash then Death in nature and work so well. If Watchtower was a Death metal band this is what they would sound like for sure. There is such a melodic and rhythmic elements to Skyglow in all the  Tech / Prog Death arrangements. Inverse as been such a great force for underground metal as of late . I really look forward to their releases and with this album nothing has changed. There is a Symphonic Blackened element at time that reminds me of Bal Sagoth, Older Dimmu Borgir and Hecate Enthroned. Oh and now hear comes the Folk/ Viking metal choruses what else do you want to throw at me. I really love that Jazzy Death metal Bass tone with the soaring guitars. Ok with that I've more then given you enough to see if you want to take a chance or not on Skyglow. Without a doubt I say yes.. 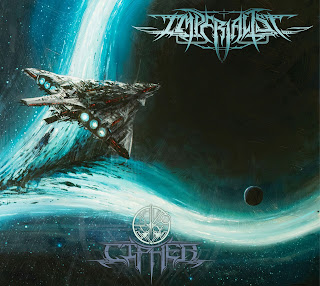 So a Extreme metal band from the USA on an Indian label with a heavy sci-fi from artwork to soundscapes . The over all musical and aural journey is a mix of  Thrash, Black and Melodic Death metal into something that is a mix of Dissection, Celtic Frost, Immortal and Necrophobic . With Imperialist there is a epic production and huge sound in what is being presented here. They are going for that  Satyricon, Emperor and Marduk style of over all presentation while a bit more straight forward in song writing this would be any amazing Black / Death band is not for all the clever effects and way the vocals are a bit buried and reverbed in a way to make them sound other worldly.  They very much love that Nordic extreme metal sound do not let them fool you and Imperialist will live and die by that sword. Cipher is a great album that shows you what can be done with a style 20 yrs old but made to feel new again with fresh ideas and inventive musical ideals. 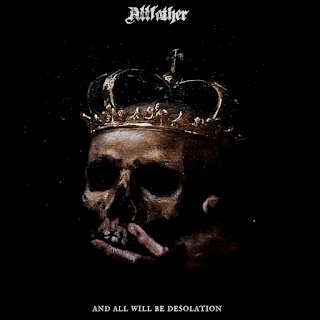 Allfather- And All Will Be Desolation- CD/ Digital ( Rotting Throne Records )

Sludgy, Bluesy Post Hardcore and Noisy Metallic Unit is what were getting from Allfather with this album.  I hear elements of Crowbar, Down, Integrity and Black Tusk in AllFather. Love the southern and roll Doomy side of this band.  Yes they clearly have the power of the riff going on here. There are even some strong C.O.C and Acid Witch elements going on here. I still hate the term stoner and while they have some feelings in this style . Allfather is much more in that Nola and San Fran/Oakland CA Crusty Punk and Noisy Sludge. I even hear at time bands like Noothgrush, Cavity, Dodgeball, Weedeater etc . Loving the feedback of those sonically crushing guitars. Were the Hell Did  Allfather come from and wait they are from the UK so this is total Electric Wizard, Cathedral and Iron Monkey land stuff.  It's call coming to me now.  I just wish you didnt have the same name as a band from Canada that is well known for playing Black metal with so very heathen/pagan visions. I said this  Sludgy Doom Allfather is impressive to say the least.