Listenable is one of those labels that like to have a very extreme element in all the bands the release. even bands like Gojira and Textures just for example. With The Amenta this project seems to mixing the Brutal sounds on Bands like Mastodon and Neurosis with sounds of Voivod, DHG , The Kovenant, Nin and Atari Teenage riot all mixed into a little package of chaos. The electronic element is very strong in the metallic overtones on The Amenta and make it all more interesting to listening to . The drums are like a robot on crack at times and I just love it. The harsh noise and loops feedback with glee as the very melodic and haunting guitars and bass lines work well with the over effected and distorted vocals. The mix of Death, Black and Prog Metal all becomes a blur with this force of nature. A huge thumbs up for this project and Listenable for getting this band out to the world.

THE EYES OF A TRAITOR- A Clear Perception-CD (Listenable Records)

Remember when bands were doing Metallic Hardcore and it wasn't metalcore. Bands like Integrity, Bloodlet and Iceburn mix that with Bands like Kill Switch Engage, All the Remains and then add a healthy dose of Post Hardcore and you should have a good idea of what your getting here. Jazzy control Metallic madness with Hardcore and Screamo vocals. The Eyes of a traitor are not a one trick pony like a lot of the Post Dillinger Escape Plan/ Deadguy Bands out there. They try and very successfully mix it up in every song several different movements and styles. While not always my thing. I have to say this band is a juggernaut in the field of music they are in . Which is rather crowded these days. Well worth the time to check out.


Sepultura for me over the last two releases have been trying to recapture a past sound and to me it seems foolish as this Sepultura is not the same ceature by any mind it was in the 90's and never will be with Max out of the picture Max's guitar and vocals are something you know in 10 seconds if you a fan. Lets face it you love or hate the new Sepultura and lets not call them new Sepultura as Derek Green vocalist has been with them for 10 yrs now, longer then most band's last. A-Lex there 10th full length is based on the book A Clockwork Orange (man I'm getting old as I got Beneath the remains in Highschool) . Derek , Paulo and Andreas with new Drummer Jean are going in a more experimental / Post Punk/ hardcore sound with some of the best element of the old days of Sepultura that bass and guitar tone. I really feel that A-Lex which means " No law" is the best work they have done since Arise for my money and Sepultura will embrace the all the more if the listen to them again. For the 1st time in over 5 yrs to me they sound like a band having fun and making music there way and this is what the Brazilian force needed. A-Lex is major winner. 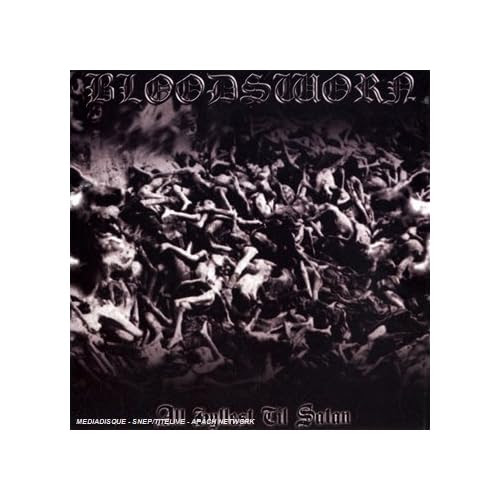 Noisy raw black metal in the old ways of Norway . Is what we have here. This title was recording in the 90's and due to a label folding and other so called curses on Bloodsworn they have not found the proper label to release it till 2008 with Agonia Records. Bloodsworn are fast, punk like and pissed of. There are synths in the mix of this CD but in the same way early Emperor, Mayhem or Burzum used them as pure bleak and cheap atmosphere. The vocals are buried in the mix screamed and way over effected but that all but add to the more raw pissed off side of this project. There is nothing original in anyway about this but so what its over 10 yrs old and if it had come out then. It would have scared the shit out of many the new listeners to Black metal. This is not easy listening for one second I warn you up front. 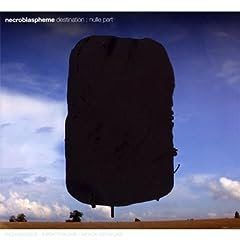 Brutal intense Death metal with a blasting riffs, ultra guttural vocals and a sound the reminds me of the best grind and death metal I've heard in long time remember the days of Macabre, Early Napalm Death and Carcass you have a close vibe of what Necroblaspheme are trying to create and have done with major success. The remind me alot of bands like The Chasm and Incantation at times as well. The guitar work and bass line are complex but always stay heavy and with focus that is much harder to do them one can imagine. There are even a few time listening this they remind me if Impaled in theme and sound. Agonia is trying to break out with some new bands and styles and I think this is a really good step forward. Chist Necroblaspheme even have some black and doom moments which makes me want to listen to the next release as I think they will grow even more.

The Hanson Brothers- Its a living- Live CD (Wrong Records)

I'm not sure what to make of this as I know nothing of the Hanson Brothers but they seem to be a band from Canada that has been around for years and love to sing about Hockey. To me they sound like The Ramones meets Bad Religion with a bit of All thrown in for good measure. Its Punk rock fun as hell and silly and its seems a nation of drunk hockey loving Kids and Adults are fans for life. If they sound this good live why record just make live CD's. If you miss the ramones this would be the band to carry on you punk love with as there 3 cords and one minded in there 2-3 mins song.. Punk can kick ass to my friends.