I will not lie for one minute I have been waiting a few yrs for this to come I love Kreator on everything minus Renewal which I just didn't understand and with there last CD Enemy of God Kreator to my ears because one the elite Thrash metal bands ever! Now where here in 2008 and Hordes of Chaos is finally in my hands and with just listening to the first self titled track I'm blown away. Kreator has made there South of Heaven for me !!!! There is a strong love of Slayer and Testament with Kreator this time out and I love that they have gone back to the classic Thrash sound they did so well with Extreme aggression. It's much less death metal and this is all the better to me. The guitar , bass and drums are just so massive and expansive in sound here. Kreator is letting there battle cry be heard to the heavens above , even the solo and kicking my ass. Millie's vocals are just getting better with age . He is razor sharp and spewing venom with every word he tells us with tales of battle , war and destruction. 2009 for the metal world is going to begin amazingly strong with Hordes of Chaos. Thank you and Horns up to the Mighty Kreator!!! 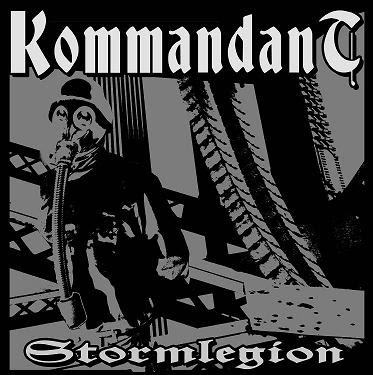 I'm not sure where to begin with Kommandant as they mix elements of Black metal like Marduk and PanzerChrist but with A very brutal death metal vibe as well that I hear in bands like Incantation, Older Entombed and Carcass as well. Kommandant are a full on fuck you to the world around them. They never let up. This is metal to battle with for sure. There is pure aggression and hate coming from this project. There is also a kinship to bands like Impaled Nazarine and Krisiun as the punk element and rawness of those bands really shines at time as well. There are moments of melodic passages but they are just to add a chilling atmosphere to the whole picture. Kommandant is placing there war again you and if your smart you'll join up and become members for there cause as Stormlegion is simply amazing. 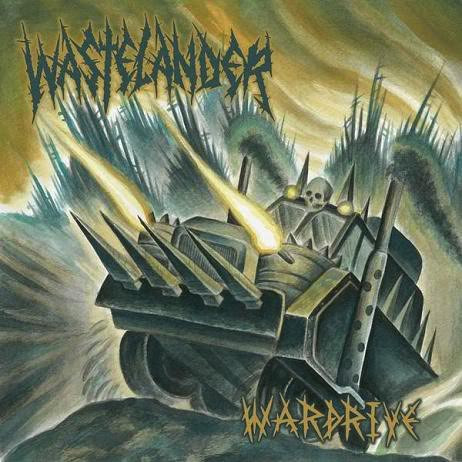 Holy 90's Bay Area Thrash !!! If you could relive the sounds of Forbidden Evil, Death Angel and Exodus you would 100% have what going on here. Heavy on the bass and drums with a melodic yet very throaty vocal style. The guitars are very dirty but the melody and chaotic leads come shining through the dirge and almost lo fi sound of the production of this. Wasterlander make you want to throw you demin vest back on and make sure those patches are all in the right places. Biker boots and bullet belts are a must here my friends. All we really need to say in closing is Thrash on my Brothers!!!!.

Voetsek is what made the Grind/FastCore scene in San Fran so popular in the 1990's with labels like Pessimister/ Theologian, Boner, Slap a ham etc. I never really got and still don't if you like Thrash metal mix with Grind and vocals that something are so fast they just yelling 30 words at once. Its to me sound like D.R.I, S.O.D got together with Nuclear assault members to create a band . The singer in this band is so fucking annoying I'm going to have to pass on this one , he sounds like hes screaming after sucking in on a helium balloon...
(After this review I found out its a women but it just makes it worse as the vocals are even weaker this way. Voetsek is still a big pass) 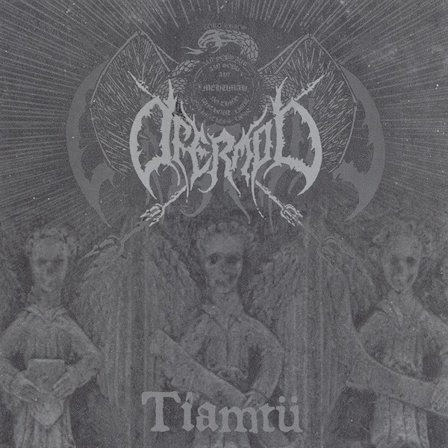 There is something about these to labels and epic Black metal that just creates magick in the highest of all orders. There is alway a Death metal element in these labels bands but the occult and pagan feelings just come ripping through the gateway of there very souls. Ofermod just grim vocals those icy cold guitars the run the right patterns to my ears that make me want to crush all in my path. Ofermod are brothers in sound with Deathspell Omega to this reviewer and If your an extreme metal fan and don't worship at the sounds of Deathspell Omega then your lost already and need to start there. Tiamtu is for those of us ready for the New Dark Age . Are you one of us??? Take a listen and see...
http://www.theajnaoffensive.com/

By all accounts I should hate this release as it's very groovestatic and stoner in element but so goddamn catchy and hooks you in if your a fan of bands like Slough Feg, Monster Magnet, Fu-Manchu , Iced Earth and The Sword. Then Bible of the Devil will make you smile more then once. I wouldn't call this metal at time but it does rock its ass off more then most of the crap out in the world right now. They Do have a rather major hard on for Iron Maiden like all bands on this Italian label. Everytime I think its the last Cruz Del Sur band I'm going to like they shock me and make me enjoy another one. Keep it up you Olive loving bastard!!! Keep me smiling and I'm keeping your cool ass rock records!!!.

Do you like your prog Post metal with out vocals then this is going to give you a rather large chubby my dear reader. If you would be so kind to mix the following sounds in to a pot and you will have for no better of an example Tormenta (Pelican, Mastadon, Isis, Opeth, Dream Theater and a taste of Black Sabbath for good measure!!!). This French unit gives up 4 tasty gems in a style that a lot of the times can be very over played and the live sucked out of it like a husk . I do like the Blues elements that come in esp at sould or breaks in the music they add a even more diverse sound to Tormenta at times. Check them out its well worth it.