Nameless Orchestral Project-Darker than Darkness-CD (Self Releases)
This Demo was sent to me at request of the band and I always love to hear what the real underground has to offer and N.O.P are a France Industrial Metal project that like to use Black metal, Classical and Electronic element in creating at time a lo fi Ved Buen Ende or Fleurety to this reviewer. Darker than Darkness sounds very much like the 1st Fleurety release esp with the way the avant guitars and bass work is layered. There is a dissidence to it all . At times I think the drum programing could be a bit stronger but it does work well in electronic atmosphere of the whole release. The vocals are minimal at best but seem to welcome the same feelings bands like Alcest, Fleurety, Solefald all do. If you like Post Black metal this is a very haunting and chilling look into this style. Well worth the listen.
http://www.myspace.com/namelessop

Architect-Ghost of the Saltwater Machines-CD (Black Market Activities)
This band is in love with 3 projects and live for the music the make . Neurosis, Sick of it all and Hatebreed and with those 3 bands have made a CD of Good Post Hardcore release. Nothing your going to die without but a very agressive Hardcore band branching out a bit in sound and idea's and that is always a good thing to me. Architect need some more space to breathe I feel and I time this may happen. They need to not be so pissed off at the world and see that there are other things that make the world and life around you worth more.
http://blackmarketactivites.com/

Dreaming Dead- Within One-CD (Ibex Moon)
Dreaming Dead are an interesting addition to the Ibex Moon Family. They have a lot more layers then most bands on the label known for more extreme Death and Black music. The Melody and Classical elements in the guitars and progressive bass and drum lines mixed with Doom, Death, Black and even Hard Rock at time is very very impressive. The vocals are very razor sharp and biting even more so because of the vemon that is spewed by a Female vocalist. Elizabeth's not only one amazing black/death styled vocals but a mind-blowing Guitarist in her own right. Dreaming Dead has floored me with equal parts if Mythic and Demonic Christ  both from the Amazing mind of  Dana Duffy put there styles together with Dose of Prog Metal this is what we would have to a tee.  Bands like this are alway hard to break through as there not one style. All I can do is write and say if you pass by Dreaming Dead and like your Metal creative, never boring and talented your missing out on a whole lot here. Stellar release.
http://ibexmoonrecords.com/ 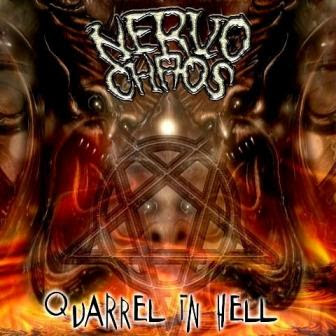 Nervochaos-Quarrel in Hell-CD (Ibex Moon)
So are friends at Ibex Moon have launched a few new Death Metal goodies my way  in the name of Nervochaos. Remember the days of old when Death Metal was Blistering, Hateful, Fast and just face ripping. This is the school this South American force follows. Blast Beats, Guitars coming from all directions as 80 mph. The Heavy driving low bass line needed to fill out the rhythm side of thing and then those sick guttural vocals that are mandatory to make the sound complete. They remind me a lot of Napalm Death and Deicide with a strong love for John and the boys of Obituary. There is a very war like vibe in the drums and guitar too that harking back to Bolt Thrower and Morbid Angel at times. Regardless of what the sounds and evolution of Death metal sounds that have brought Nervochaos to us. This is one hell of a Extreme Metal release. With a few sweet Doom riffs like Incantation loves to throw in. Excellent work...
http://ibexmoonrecords.com/ 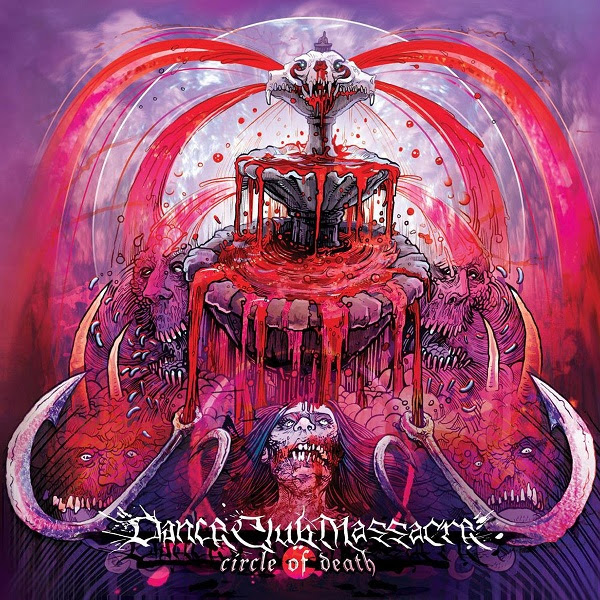 Dance Club Massacre-Circle of Death-CD (Black Market Activities)
???????? Dance Club Massacre is just a odd as the band name it's self. I never though I would hear Post Hardcore, Nu-Metal and Black metal mixed but my fine readers of AZM if Dillenger Escape Plan, Cradle of Filth and Slipknot  members all formed what I would call the end of creation band then guess what the apocolypse is upon us. The thing that is fucking me up the most is that I like it. The elements the use are all the good parts of each band so this is where the winning elements come from. The Synths and epic feel from Cradle, the vocals are mix of Slipknot and Cradle and the guitars and bass lines are total Post Hardcore bliss.  Dance Party Massacre videos must be things of legends. This is a band made for the video age with the grand scale everything sounds like here. I'm going to end it with the following. You have to love any extreme heavy band that uses organ!!!!
http://blackmarketactivites.com/ 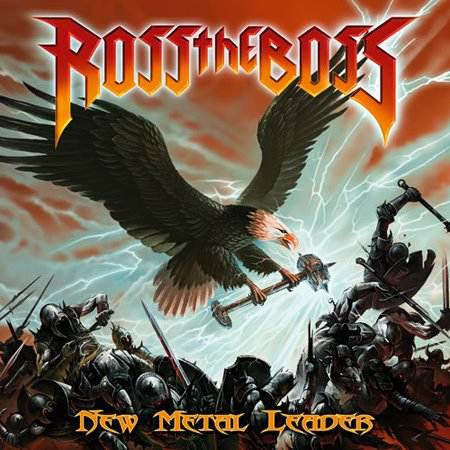 Ross the Boss-New Metal Leader-CD (Candlelight USA/ AFM)
What can really be said about a man that has played guitar for bands like Manowar, Dictators etc. This is just another in the long line of Classic heavy metal/ Hard Rock that  Ross the Boss has brought to us over the last 20 plus years. Ross has that trademark guitar sound of Blues, Power and Class that you can always hear. The leads are very in the Vai, Satriani way as I'm sure they grew up listening to him as well. The vocals are other operatic clean power metal ones you either love or hate. If you into bands like Rhapsody, Blind Guardian and Angra. Then Let Ross's Metal Flag fly so very high for you ears!!!!
http://candlelightrecordsusa.com/ 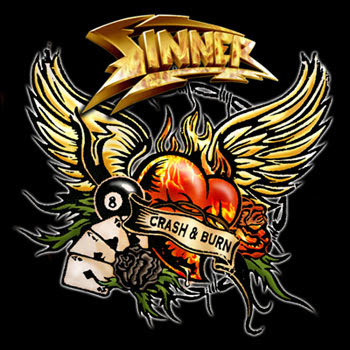 Sinner-Crash and  Burn-CD (Candlelight USA/ AFM )
This is really just watered down  metal in the German tradition. Nothing special at all . Like a 3rd level Accept, Scorpions or Warlock for that matter. I don't get how bands like this last 20 yrs playing the same song and sound over 6-7 albums. Maybe you have to be from Germany to get the full reason on this. Just plain boring enough said.
http://candlelightrecordsusa.com/

Saxon-Into the Labyrinth-CD (SPV Records)
Saxon another veteran of the Metal world for over jesus 30 yrs now. Has come back with a new release for the Classic Metal fans to love and respect as unlike where Sinner took you. The Guitars are tasteful, Great Synth and Bass lines flowing and majesty. What sounds like an army of drums going on at times. Final to put it as simple as this Biff knows how to sing with hunger to make music like this work. The choir backing vocals are just a great touch at the right times as well. Saxon has been at this since 1977 for a reason. The know how to make Hard Rock/Metal really shine. I hope they can keep it up for another 20 yrs as we don't get enough great Metal albums anymore. Saxon you all were the crowns for  Into the Labyrinth!!!!
http://spvusa.com/ 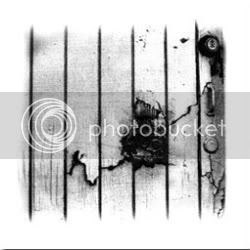 Black ELK- Always a six, Never a nine-CD (Crucial Blast)
Do any of you remember the Minneapolis/ Chicago  Indie  Scene of labels in the 90's with labels like Touch and Go, Skin Graft, Twin Tone, AmpRep and Thrill Jockey. Well this is where Black Elk sound comes from they remind me very much of bands like  Surgery, Jesus Lizard, Tar, Pegboy, etc. The dirge tones of the guitars that were so very expressive and the vocals that could be heard miles away as they were sung and shouted at the same time. The Rock meet Prog sounds of it all with the just hint of Metallic overdrive to take it to the next level. Black Elk is the real deal and you sound respect them for it all the more in 2008.
http://crucialblast.net/

Noism-+-CD (Crucial Blast)
Breakcore Death/Grind. It like Pig Destroyer and Anal Cunt working with Mac computer . This maybe be the most bizzare combo . I've heard . Its almost Phantomsmashers but James Plotkin adds more eletronics to the mix. Noism must br pure maddness to most but to me it just makes we want to break things and cause undue amounts of chaos. Breakcore is good when there is a heavy noise element and these out of control guitars are really just the answer for a new style to come out of this. I'm sure the Japanese have been doing this style for years as they are always the fore front of extreme electronic music. Another very interesting release from Crucial Blast.
http://crucialblast.net/ 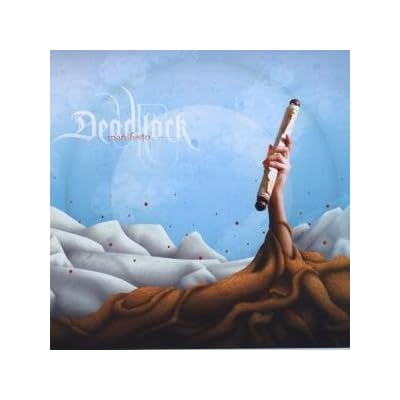 Deadlock-Manifesto-CD (Lifeforce)
Melodic Swedish Death metal has been growing in popularity over the years and with Deadlock this is just added by the element of clean female vocals and grunts by male vocals. The guitar dualing is all here. Full on synths going as well. If there was a such thing as Pop Melodic Death metal then Deadlock would be it. This German unit now on there 5th full length release have found a way to merge elements of The Gathering, Lacuna Coil and nightwish into bands like Inflames, Soilwork and Arch Enemy to make them something the Hot topic kids will fall in love with and Metal heads can respect as there is a brutality to it. Lifeforce has a band that could be huge if the get the word of mouth out there and major video support. Time to go viral with this one...
http://lifeforcerecords.com/