Skip to main content
Posted by The DoorwayTo December 21, 2019 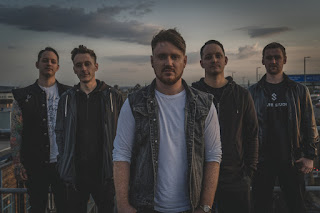 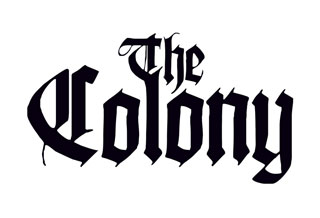 1.  Tell us how this UK extreme music force came to be?

The Band started in High School, being twins Aaron and Riki had been playing music since the age of 12 so when the High School started doing battle of the bands it was a no brainer to enter. That was back in 2006 and been going ever since.

2. I hear elements of bands like All that remains, Daughtry, In flames and Alter bridge. What inspired the melody and brutality?

Well we are all inspired by different genres and bands but the melodic side comes from bands like In Flames, Avenged Sevenfold and Killswitch Engage. Recently we have been really into Any Given Day, Wage War and Bleed from Within.

3. How does Smoke and Mirrors  differ from your other releases?

With this album we really took our time, this is the first record we took over a year to write and record. Rather than going to a studio and having the pressure of time to get everything perfect we done everything in our home studio except the drums. In previous albums we have went full on with guitar riffs and heavy vocals but with this record we wanted to focus more on vocals, the lyrics and the production of the vocals like harmonies and execution.

If we are being honest it’s very rare and difficult to get labels interest these days, not to say it’s impossible with the music scene having so many great bands and artists. But this day and age with streaming, PR companies  and music gear being what it is, everyone is doing things in house and recording and paying for promotions on social media. It’s a tough question as to get to the next level of gigging and investment a labels needed so the answer would be DIY until the right label comes along

5. If you could make proper video for any track on Smoke and Mirrors  which would it be and why?

Not sure what a proper video is these days, a lot of people are preferring watching live videos or play throughs of their songs. We get a lot of people talking to us about our video ’To Die Anodyne’ because its a compilation video of us on tour and us having fun. We are shooting 2 music videos for the new album in the next month one for Soul Saviour and the second still to be picked. We picked that one because it’s a fan favourite and more than likely will start or end our shows with this song.

6. Is good PR and Social and Digital  media all bands need today get exposure?

No, don’t get us wrong good PR and social/digital media exposure is a must to try and be louder than the next band but you need to have the music to go with it. A great live show as well. People are forgetting about the live scene, nothing beats seeing a band live, you can find some great bands out there without the exposure from PR and social media and thats because someone gave them a chance to play their show.

7. In 4 words describe The Colony to someone about to listen for 1st time?

The best four words would be Heavy, Melodic, Anthemic and catchy…. (I hope)

8. Is there a theme behind The Smoke and Mirrors  album?

Oh yeah, so the reason why the album took so long to write was because we wanted all the songs to have meaning behind them. In the last couple of years the band has gone through heartache, grief and mental barriers that where really tough to overcome. We had to write about our struggles and the process that we had to - and are having to - go through. The Smoke and Mirrors title is a metaphor for people's deception to their family and friends. It’s not about what you see its about what you don’t see.

9. What bands are impressing  members of The Colony?

We got to give love to our fellow brothers in the Glasgow scene, Neshiima, Dancing With Dakota, Burning the Dream, From Tyranny, Uproar, Titan Breed, Darkness Divine and InGraves.

10. How do visuals and imagery  in extreme music help with bands exposure in 2019?

I think they help immensely, using visuals and imagery in your music to get your message across to your fans, sparks conversation between people and opens their views on subjects that they wouldn’t normally have any interest in. Which then can expose your band to more people.

11. How are your songs composed are lyrics 1st or does musical ideas and theme created and lyrics around that?

Yeah normally we write the music first and then write the lyrics around that. We are constantly writing songs but getting the right songs to fit a theme for an album or EP is easier after the music is written. You can then choose what songs fit more for the album/EP once you know what you are going to write about. Thats how we normally do it but we change the way we do things every album/recording cycle to keep things interesting.

12. Live or studio which is were The Colony thrive more?

I would have to say Live. The studio is where we perfect our abilities and trade but like for every band live is where its at. Its the 10% of reward you get for doing 90% business every day.

These days I know a lot of people get money from youtube etc but with music being easily accessible these days and people streaming the bands don’t get whats really due to them. People don’t see the money bands put in to recording, gear, practice and streaming service royalties don’t cover that. To make a living touring you got to have at least 3/4 of the year booked up in gigs.. paid gigs and sign up for PRS but honestly bands these days are in a band for the passion and the art of music - if you can make a living off of that then you are living the dream, most bands are happy to break even and live the dream at the same time.

14. If all this ended tomorrow  what does The Colony want to be remember for by fans?

I think we would want all our fans to remember us for our live shows, and the fun we had with the fans after the shows. We get to meet some really amazing people and we wouldn’t be able to do that if we didn’t have love for music and this band.

15. Thank you for time any closing  thoughts here.

Thanks for having us! Yeah closing thoughts would be, go to your local venues, bars and talent shows, if you like a band buy their CDs and Merch and if you really like the band go up and talk to them because it’s those types of people that make a local band a success. Also See you on the road in 2020!