Skip to main content
Posted by The DoorwayTo December 15, 2019 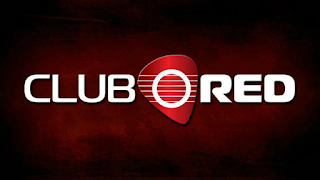 1st off I would like to say for a Wedensday night the room was packed over 1000 people easy.

the biggest bummer of the the night

was suppose to open the show and I really loved there Proggy Death debut on Century media..

Oh well moving on a local Phx act named I, Pariah opened  and were an impressive  Blackened Deathcore unit that seems to have a following here as they has a pit going and crowd was really engaged my only downside is the guitar leads were not audible and the had a lot of guitar and synth backing tracks filling in but still a Twin guitar unit. Over all much better then most of the opening moments you get at Club Red.. 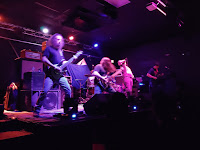 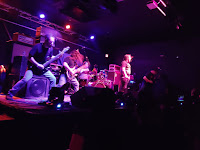 Next up is the one man Industrial Metallic  force know as  Author & Punisher  .Tristan has been releasing music on such labels as Relapse , Housecore and  Seventh Rule . His sound live is so bomastic and over the top I literally blew the sound rack of the club on the 2nd sound and took 5 mins to get it back running.  Thi P.h.o.b.o.s, Godflesh, Melvins and the harshest Black noise mixed into drones, ethinic elements and waves of Dark Industrial backdrops. This is truly a one man killing machine on stage. 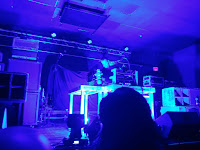 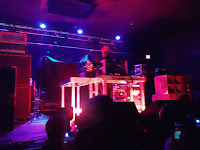 I know im being bias but the next band up is the best of the night for me  Primative Man. this 3 piece of  Black Doom Crust hatred I swear this band has one tone and that is of Destruction. Clearly the darkest, heaviest and most punishing of the the evening. Doom bands that can cause pits are epic and Primative man did just that. The wall of Orange amps just speaks for itself. Do yourself a favor and seek out a show for these monsters!!! 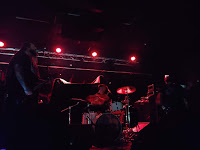 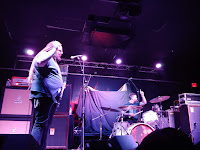 Next up is a band 40 yrs in the making and has never come to AZ before the Prog Thrash Death master Atheist. I feel like it was just Kelly  Shaefer show and a new band but other then that. Sound for 1st half of set was terrible almost no guitar at all and then the 2nd half sound kicked in and they ended with Piece of Time. All the amazing Prog complex old 80's and 90's  Thrash kicked in with Kelly's weird and amazing vocals . It ended on a kick ass note and glad to see a band that blew me away 30 plus years ago. 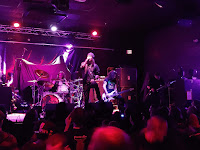 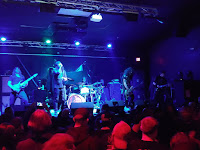 And for what you all been waiting for I'm sure the Vegan Crusty Death Fore know as Cattle Decapitation. To start with the stage was impressive with icons lights and backdrop for sure they came out to a crowd craving the 1st note of the band. I wish the sound was a bit better as vocals were buried and guitars were lost to massive drum and bass tones. Thes boys can put on a show and I can see why Metal Blade have had them for the while. Death metal shows can be boring their stage is anything but. I really do like the newer material live and it comesa across better live for where the band are now. The high crust vocals attacks are amazing on album and wish I could have heard them more on stage. You know they were there just subdued. Over all a Stunning night for extreme music. 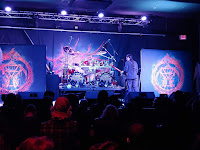 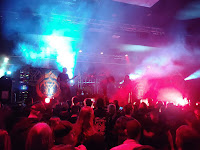 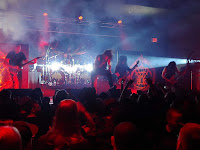 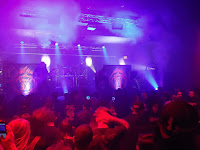