Skip to main content
Posted by The DoorwayTo June 12, 2018 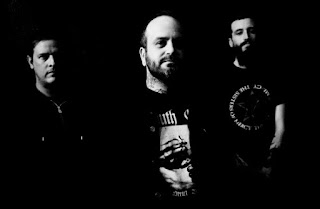 1. Wolvhammer has gone thru some  Sound and Label Changes since the last album. Can you give the reader a bit about where the band came from up to last album?

Wolvhammer originated in Minneapolis around 2009 as a 3 piece. The early sound of the band was heavily influenced by punk and Motörhead as well as black metal. Shortly after the release of “Black Marketeers of World War III”, Jeff and myself joined the fold. We put out 2 records via Profound Lore and our new album “The Monuments of Ash & Bone” was released via Blood Music.

2. You are now working with Blood Music not  Profound Lore any more in last interview at show in  Phx with Tombs you said you may go DIY on this ? Was there reason to work with label again?

The plan was to originally self release it so we could be more in control of the push of the record etc. Blood Music expressed interest in the record and we have respect for their catalog due to its diversity.

3. Listening to " The Monuments of Ash and Bone" there is more of a Punk. Grind and Thrash element then other works was this a natural progession?

It feels natural to us, yes. When we began formulating the new album, it was very intentional for Jeff and I to introduce a more “throwback” sound as I felt we began to stray away from the aggression that was always inherent in the Wolvhammer sound. We wanted this one to attack the throat and not let go but without losing the death rock vibes that we have slowly introduced since “The Obsidian Plains”.

4. How does the  artwork play a role into Title and theme of the album?

Artwork is very important to us and I feel like it’s somethibg that I’m todays download culture, gets lost in the shuffle a bit. In my eyes, the art should give the listener and instantaneous vibe before they even hit play. We are very content with how the layout turned out.

5. I know some of you are working with Abigail Williams and  Skeleton witch now correct. Has this influenced the sound of Wolvhammer at all?

It hasn’t influenced the sound. When Jeff and I do Wolvhammer, we separate that entirely and focus on channeling the right energy for Wolvhammer. If we like it, we use it. We never force anything.

6. More then ever bands only seem to make a chance at living if they tour , make Vinyl and shirts. Do you see this changing at all with things like Bandcamp and Pateron Etc?

It’s really hard to predict how things will be. When I was younger, I never would have imagined being able to press one button and have a record on my phone within seconds. It’s a strange subject as I, like many others, enjoy that convenience but as someone who has tried to make music my career, it has its setbacks.

7. What do you want the live crowd to get from a Wolvhammer Show?

A visceral experience. If we can make a listener or someone in the crowd disconnect from every day thought, even for a moment, that’s the goal. We aren’t a flashy band but we do our absolute best to engross the audience with atmosphere and primal energy.

8. Videos and Live performances are the way to get people on You Tube to see the band and spread the word. I see there is a video for " Law of the rope" how did it come about and are you pleased with end result ?

Jeff was behind getting that accomplished. He told me the basic idea and found the guy he wanted to do it. I felt like his style would accurately represent the song and was very pleased with the end result. It’s like a fucked up, perverted fever dream.

9. in a phrase please explain the sound of Wolvhammer to someone that has never heard the band?

This is how I’ve always described our sound. We are to black metal, what American punk rock was compared to what was going on in the UK scene at the time. We are a stripped down, booze fueled, punk/death rock infused black metal band. No frills, no make up. The audio equivalent of giving yourself the middle finger after a night of binge drinking.

10. Melody and Extremity can work hand in hand esp on new album. Do you think some artists are just extreme for the sake of being extreme and does that really help in the end?

I think some bands fall into that category, sure. We have never been the fastest or the most aggressive band on the planet but we try to replace that with creating a dark and fucked up headspace for the listener.

11. If Wolvhammer was to end today what do you want the band to be remembered for?

I’m proud of the statement we have made thus far as a band. My whole thing is if Wolvhammer has influenced anyone else in the world to make music, that’s what it’s all about in my eyes.

12. Lets say a label like  Nuclear Blast or Century Media came to you as the loved last album is this something Wolvhammer would do or have you seen bigger labels don't help bands like Wolvhammer?

Always open to things like that. We aren’t a bunch of elitist basement dwellers. We want people to hear our music and if a label or what have you can help facilitate that, I’m all in.

13. What are you as a band currently listening to any gems you like to talk about ?

As far as metal goes, for me it’s been the new Aosoth and the new Ruins of Beverast.

14. Does  social media help extreme metal bands in 2018 or is good PR, Press, Live shows and Strong material the key?

Press is press. As long as we can keep the name out there and relevant.

15. If you have any closing thoughts please let us know here . Hope to see you on tour again in Phx AZ ..