Skip to main content
Posted by The DoorwayTo March 04, 2018 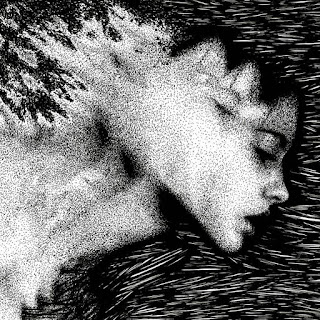 We start off with a Gregorian chant and then as the 1st song becomes truly present we are a Black Post Metal meets Hardcore band .. I really am in awe of what is going on here. Imagine just for a minute if a band like Oathbreaker  or Deafheaven was Black metal or  someone a bit more hardcore came from  Fen, Alda or Wolvhammer. This is where my mind is wandering with this album and Ubiquity is very fierce and beautiful at the same time. Nightmares and Passions all running down the same path to collide in a fury of power and complexity. This Italian unit is impressive  to say  the least and there are very avant and occult movements going on through out . Post Metal and Hardcore seem to be what drives  them and Black metal seems to be what puts its all together..

Classic  Metal , Thrash and  Viking Black metal all mixed into something  Retro, fun and interesting from Germany . I don't really have too much to go on other then what I telling you as I hear elements of Feg Slough,  Bathory and einherjer in the music very much as well as elements of  Mercyiful Fate and Man O War. I'm going to leave this one with some very tormented vocals, cold melodies as well that  Blackened Thrash music over tone. I really it dig it but then  again I'm over 40 and grew up with this kind of music. Take a chance and I think you will see the raw black Thrash goodness as well..

So this is the 6th album buy a Finnish  Avant/ Electronic artist Merja Kokkonen, alias Islaja. This comes to me were Ulver, Manes, 3rd and the Mortal and Jarboe have goine  jsut this is female fronted. Also have a Neoclassic element of Dead can Dance and odd side of bands like  Bjork and Ataraxia  to name a few . This is a very vocally layered and wonder left of center element of Midevial , Folk, Electronica and Post Punk.  Svart is always throwing something interesting my way and this is no less the case. I really love it . Is there a such think as Noisy Synthpop electronic well if so then this is something all it's own. Really digging this .

Damn where to you begin with a band like this . I will tell you it mixes the following sounds no shit...   Ambient, Orchestral,  Avant Black metal, Symphonic Doom, Epic Death metal , Industrial/ Futurist elements as well as some Post Metal in for go measure. This is Blackened Sci fi music with elements of Therion and Dimmu Borgir and Ihsahn all put into a blended with some strong  heathen and folk sounds too. This band is all over the place and makes it work better then any band I've heard in a long time. Post Metal with layers and sonic walls of Noise, Spacial ambient and Aural madness. This is going to be one of the albums of the year for this reviewer.