Skip to main content
Posted by The DoorwayTo June 17, 2020

The Artisan Era Artist Myth of I interview is up 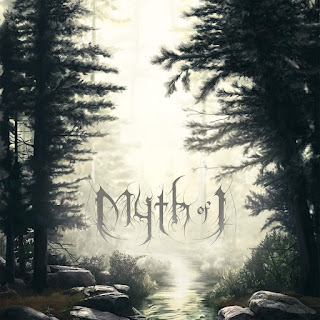 1.  Let's start with Boston. There has been a long history of  Prog, metal and extreme music projects there . What has Boston scene help with the influence of styles for Myth of I?

We have been so fortunate to have had the opportunity to grow and learn as a band with some of our best friends doing the same thing. Over the years we have played with some insanely talented songwriters and performers alike. GEPH and Chronologist certainly helped shape our goals as a band and influenced our writing and performance. Other notable bands we have played with in the Boston scene consist of Pathogenic, The Beast of Nod, and Chuggernaut, all great dudes helping create a wonderful metal community here in Boston.

2. Prog Metal, Death metal, Post Metal or a mix of all 3 for what you are giving us on your Debut Full length?

The eponymous album is certainly a melting pot of all sorts of styles and genres. I would personally classify it as just straight-up progressive metal since to me that term is meant to describe boundary-pushing music incorporating many diverse styles, but rooted in extreme metal idioms.

3. Do you find it hard to get folks to follow the band being its Instrumental. Some really shy away from those without vocals. What kind of crowd and fans have you seen huddle with the majestic sounds of  Myth of I?

It has certainly been interesting, I wouldn’t say it’s been difficult though. A lot of the people that have become attached to what we do seem to enjoy it because of the authenticity of our music and who we are as individuals. Sure there is a bit of that “oh they don’t have vocals, screw that” but the overwhelming majority of fans, old and new, tend to be almost radically into our music which is absolutely astounding. Most replies/comments we receive are in the vein of “this could use vocals, BUT I see why you chose not to include them.”

4. How does the album cover tie into the band's ideals and aesthetics?

The album cover almost acts as a gateway to visualize what we are trying to portray through the entirety of the album. The album starts with “Pandora” a beautiful, soft, lush opening with birds and streams in the background. Opening the scene to untouched wilderness. As the album unfolds, musically and literally, you notice things start to grow much darker and more sinister, which is reflected in the inside fold artwork which is in a state of advanced decay. Essentially the art helps show the destructive nature of human progress and how it has greatly impacted our planet. It also reflects the never-ending cycle, the lush nature and vivid wilderness on the front of the album, and as you open and look through the sleeves from the inside to the back the brutality and decay set in, causing death and the cycle to finish, and once again, repeat (by listening to the album all over again).

5. How are Myth of I sounds created is there a Riff, Concept or maybe much of it is just a jam to start? Paint the picture for us please.

Our writing process for this album generally started with either Jennings or Tyler having a basic riff and then spending a few weeks in guitar pro fleshing out ideas and getting a basic strong structure. Once that’s done Jennings takes the lead on tracking it and getting a demo put together while adding sound design and things of that nature. After that Tyler would go through and add a few melodies and do some basic song arrangement type changes. Once that part was done and we had the whole album demoed out, we gave it to Matt (drummer) to tweak and sit. He will create rhythmic patterns that either line-up or get a bit more tweaking, then we play through the music as a band and make sure the live sound is right. Finally, we began tracking it with Evan Sammons and made even more arrangement changes, as the drums were recorded first, and Matt found certain things work better differently, at which point guitars begin tracking adding harmonies to leads, changing a lead altogether and redoing all the sound design and establishing the flow of the album, AS WELL AS matching new rhythms and sections that were laid down on the drum kit. The way we went about this album certainly took much longer to complete than how we are going about our new material haha. It will be different but we are very excited to see how this new process shapes and forms this new material.

6. Jazz seems to play a big role in the overall tone of the tracks. What makes Jazz work so well with Heavy Prog Metal ideals?

I think Jazz works so congruously with death metal because of how experimental and fertile for mutation they both are. As genres, metal and jazz share a common heritage in the music of the African diaspora, so it would be surprising if they didn’t work together. Jazz and metal are united by crazy soloistic playing, prominent rhythmic writing, and often beautiful and complex harmonic progressions that tug the ear in all different directions.

7. How did you come to work with The Artisan Era ? Is this a one off or is there a long term plan to work with them. They have been releasing some amazing Death and Black metal as of late all with a very prog, tech or avant element to them.

Working with The Artisan Era was super random and not something that we would actually work out. I (Tyler) remember sending a demo of Felix Culpa to Malcolm from TAE in probably early 2016? I think. He was super into it so I sent him the rest of the demos we had for the album and never heard back. Flash forward to spring of 2019, I reached out to him saying we had the album done, mixing, mastering, the whole package, and asked if they’d be interested in working with us on the release, and they were. It has really been an incredible experience getting to work with Mike and Malcolm, we have learned a lot since the beginning of this partnership. I can’t say too much more but we are planning on working on a few upcoming releases together. TAE has been awesome because they have given us a platform that no one else could offer in the current metal scene for this level of band. They are super transparent and one on one with us, their resources and established fan base really helped bolster our first album release and we couldn't be happier.

8. I know this Covid 19 issue has stopped the live world but how does a live performance differ from an album and what do you want the audience to get out of the live show?

Listening to an album is a way to thoroughly enjoy what the artist has created and you feel a connection to it internally. With concerts, you get to connect with that artist in the flesh which gives off such a different energy. Personally, for fans of Myth of I, we really enjoy having a fun time on stage. With the complexity of the music, we really tend to not take ourselves that seriously for performances, so we want the fans to connect with us on a personal level and to have a paradigm as to what conventional “metal” shows should entail.

9. Is it hard in 2020 with all the digital world around you to break into the underground and keep a following . How has Twitter, instagram, you tube, bandcamp etc made it better or worse for a band like Myth of I?

That’s a tricky question but overall I feel the digital world is absolutely amazing. You have free advertising to literally the entire world at your fingers. Jennings got a great start in early 2015 with IG posting MoI songs and such and has nearly 8k followers now that are all super into Myth of I which is truly remarkable. I do think with the availability of it all, there is a lot of pointless content out there that is very distracting that can take away from the impact of well thought out and put together content from artists and individuals alike.

10. If you would tour with any band and why who would it be?

Ah, man Motley Crue would be wild haha, in all seriousness though, Gojira, Animals as Leaders, BTBAM, Chronologist, and Meshuggah would be so intense (Tyler). The Black Dahlia Murder would be pretty killer, or any one of the leading instrumental bands right now - AAL, Plini, Polyphia, Scale the Summit, the list goes on. (Jennings)

11. What artists are inspiring you currently?

(Tyler) Greg Howe is pretty much a perpetual inspiration. The new Final Fantasy 7 Remake soundtrack has been amazing and the new Intronaut record is a masterpiece. Bands like BTBAM, Vildhjarta, and Gojira are major (Matt).  A lot of my influences come from outside of metal, Joe Hisaishi and Hiromi being some of the biggest ones. (Jennings)

12. You have a video out for Glass Castles how did that come about and are you pleased with it ? What do you want the fans to get out of it?

We actually filmed that before we finished recording the album and did so while we were in Maine tracking guitars for the album. Over the years we have made some connections with some prominent bands in the industry, one of which being The Contortionist and Mike Lessard and I (Tyler) we’re discussing working together on some music videos, one thing leads to another and we worked with him on two videos. We are super stoked on what Mike was able to do with them. To be honest, we had no idea what we were doing and didn’t really give him the best direction, so he killed it in that respect. We mainly wanted to make the viewer feel as if they were trapped and losing their mind. With the bright blue lights in a small room and lots of edits making things blurry and free lensing shots that make it look disorienting with these weird creatures roaming around outside in the snow.

13. I do hear elements of Post Rock, Spaghetti Westerns and I would say Americana on the album were these sounds something that influenced you?

Spaghetti western haha can’t say I’ve ever heard that ascribed to us before. Post-rock certainly has been a big inspiration, I’m a big fan of the album In Via by Frames which was something I was jamming a lot when we were working on the album.

Post-rock has definitely influenced my writing; I’ve been listening to bands like Mogwai, This Will Destroy You, and GSY!BE for years now. (Jennings)

Thank you for having us, we are super excited to be a part of what you have going on and can’t wait to get to know you and all of our fans better. Until next time, be safe and stay healthy!