Skip to main content
Posted by The DoorwayTo May 06, 2018

The Story is of Sorrow and Pain in life review edition 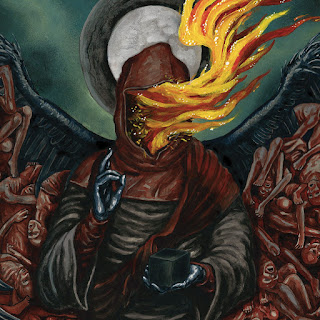 This  starts off with a very ethereal ambient eastern occultist element full of female vocals . After that what can I say some has a Neurosis meets Godflesh love fest going on. As this is Industrial Doom/ Death with a huge tribal and rhythmic side of it.  Imagine for a moment it Thru Silver in Blood and Godflesh S/T albums collided into something that members of  MZ412 or Control would want to mix and make even more ugly and electronic. This is very much what I'm hearing from Abjection Ritual. This is a massive and heavy Industrial Doom album to say the least I can hear a lot of a band called P.H.O.B.O.S and  Gnaw going on here as well.  There is a band called  Green Magnet School from Boston and I hear a similar vibe as well but I think its just what both bands were influenced by. This is  Dark and Terrifying to say the least my friends .  So can also very much hear  early Swans and Melvins going on here as well. I'm loving the OZMA  and Gluey Porch elements of Melvins in this .  I will tell you this I want more from Abjection Ritual for sure.. This is the ugliest thing I've heard on Malignant since Sewer Goddess . 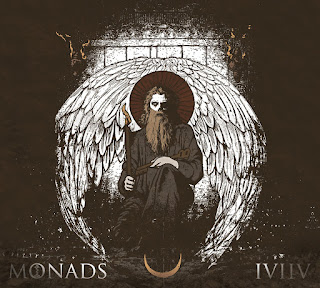 Ok I see I'm in a very Doom version of reviews today. This is guttural and hateful  Doom/ Death with some major sorrow and pain in what Monads is presenting to us. I'm going through some rough times and this just is really helping release that aggression and pain. This is Noise as all can be as well.  So I'm going to call it as I see it  so far Noisy Black Doom. Its got elements of  Dolorian, Thergothon, Mournful Congregation and some very Black noise elements as well .There are haunting and sadness filled guitar that are very much like early Peaceville and Avantgarde music bands. The vocals are so low nightmarish rumbles I just love it . the drum and bass are that syrup like feel that just makes extreme doom so amazing. I hear bands like  Deinonychus and Shape of Despair in this was well. I'm not going to go over the top but I will say . This is everything a Doom band should be . Three Long track and you can just feel everything coming out of these wonderfully dissident songs. 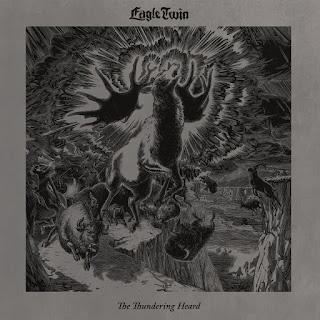 Ummm  Bluesy, Dirty, Noise and Sludgy everything I love in my fuzz out Doom influenced music. There is a groove hear you can not let go of and that is what makes  Eagle Twin so damn good. There is a Post Rock, Stoner, Noise rock over tone to all the Bluesy fuzzed out Doom that this duo just know how to kick out the jams and kick my ass with this sound. There is a love of Goatsnake and Alabama Thunderpussy going on . Gentry and Tyler you have something very mystical and magical going on with Eagle Twin don't lose it the music is addicting to say the lease. I love the chaos and beauty at the same time. Kyuss and Dio flow through your veins and I hear it . The four songs on this also have a very Rein Sanction a band that had a few albums on Sub pop as well  Just keep it up  gentlemen and I will be back for more for sure... 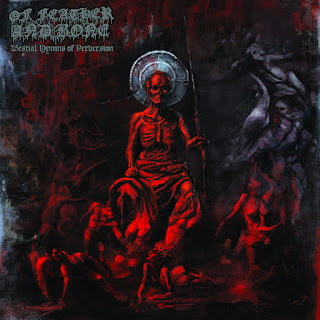 Noise sometime is used to hide elements of imperfections and thoughts that have not been completed . I can clearly tell you Of Feather and Bone use the noise to add a layer of sickness and torment to the  Black grinding Death Doom they are creating on this earth. There is no hope or light with an album like this. Of Feather and Bone are on a mission of  destruction, horror and soul crushing vision. I think this is very much like  Bolt Thrower, Incantation, Immolation , Dismember and Bestial Warlust all came together with their nastiest and most venom filled tracks and then said the only way we can make this better is to make it buzzsaw like and have the dirtiest production possible on it.  I'm in awe of this band and I do not want it to end. Seven tracks are not enough. When is the next  release of  Black/Death/Noise coming my way . As it will never be soon enough!!!! 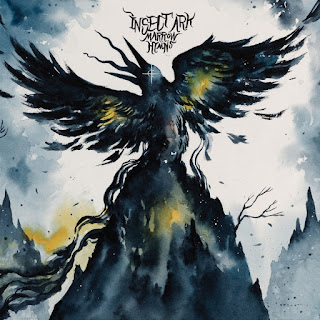 Well  Dana and Ashley what are the two of you cooking on in the city of Portland . I can tell you the Lap Steel guitar works extremely well with the  Sultry, Bluesy, Americana Post Doom that you are creating here. Insect Ark are creating a Sound track for  a noisy indie  Spaghetti western I'm sure and if this this not the case then I going to have to say it needs to be without fail or course. This is a journey of sound, sadness, hope, redemption, loss and reflection all at the same time. Profound Lore is really becoming that label that is taking Chances in a good way were music does not have to sound a way or feel a way . As long as it shows creativity and other paths to new musical directions that we have all won. This reminds me of Earth, Wolvserpent and Russian Circles  .. I'm totally loving this as well. There is interesting then there is just inventive and new and with  Marrow Hymns ... Insect Ark as just done that.. 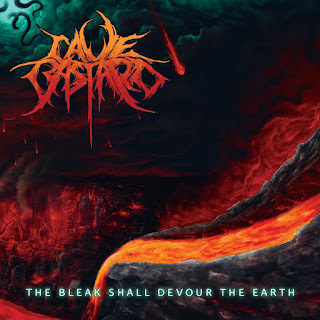 Post Metal , Grinding  Noise with elements of  Doom and  Black metal this fucker is all over the place and just as pissed off. You can hear madness, , melody, Grindcore, Black Death and Doom Death all in the same song as well as metallic hardcore. Where did  Cave Bastard come from and I hope they never go away.  The musical  acrobatics going on here are so good and make you wonder around every corner what is coming from the band. The Crusty, Sludge and Grind elements are what make the rest of the album really shine. There is a power and collective ideal to the band that you know they werent fooling around when creating this album.  This album is something that will stay on my playlist for weeks to come.

CAVE BASTARD – comprised of ex/current members of Cattle Decapitation, Gutrot, Ritual Torture, Bridge Jumper, Temblad, and others.  So here are more bands you need to check out as if they created this you need to hear where it all came from