Skip to main content
Posted by The DoorwayTo July 19, 2017 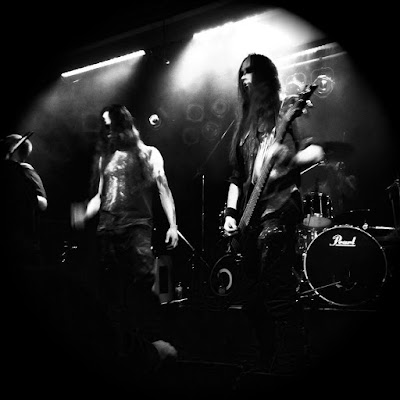 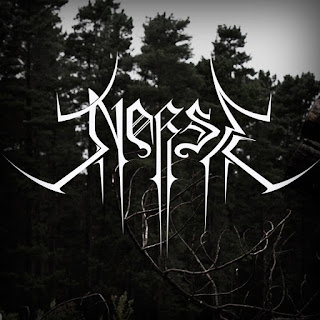 1. Tell us about Norse you seem to have a few releases out independently. What was the vision to start band?

No vision, really. When we started out we just wanted to play fast and aggressive music...the usual simple ideas and with no real direction.

2. The Divine light of a new sun.. is very much an avant industrial black metal sound. Very similar to bands like DHG, Code , And Oceans,  Vond and But aus Nord and
Beherit .. were did this idea come from?

I think I've heard DHG and Blut Aus Nord out of that list. My ideas come from not being able to play guitar, so i just have to make weird noises on it instead. I just
get very bored of a million bands doing the same shit, and always push myself to try think outside the box.

3. How does the earlier recordings compare to this new album?

The core of the band changed in 2014 which led to the ‘Pest’ release and the beginning of our new sound. The releases before ‘All is Mist and Fog’ are very different to
how we sound today. Changing the majority of the lineup will do that.

4. You're working with Transcending Obscurity in India for this album how did that come to be ?

They reviewed our EP Pest, after which they approached us to see if we were interested in signing. They have been great and easy to work with! would recommend, the work they have done on our new album has been fantastic. great to work with genuinely keen people!

5. Years back Australia had a thriving extreme metal scene . I'm friends with Throes there Currently on Aesthetic Death .. what is the local or regional scene like in 2017?

It certainly seems to be improving, there are some great band appearing like Somnium Nox, Greytomb, Gravier etc

6. What bands are impressing Norse .. What are you currently listening too.

7. The album cover to The Divine light of a new sun is very minimalist how does it play into the theme of album?

Minimalist, abstract, desolate. These words all accurately describe some of the themes we deliver in this album.

8. Does social media and digital age help or hinder extreme underground bands in 2017. With so many bedroom black metal bands out there?

I think it absolutely helps extreme underground bands. If the goal is to have your music heard then it can only be positive. At the same time, the internet is up to its
neck in terrible, terrible bands.

9. If Norse could collaborate with any artist who would it be and why?

A horrible noise band would be great...Maybe that's happening already?!

10. Do the members of Norse have other projects you can tell us about or is Norse the only focal point needed?

Forge: I do a lot of session work both studio and live, but Norse is my baby!

11. I need to ask why name Norse being in Australia? Seems a bit fish out of water?

Contrary to what many would think there are many areas of the Australian landscape that aren’t too far removed from what you would typically associate with ‘Norse’.

However, the band’s name was chosen on a whim. It is merely a coincidence that the name holds any meaning for the band now.

12. Would a band feel at home in a label like Nuclear Blast or Century media or is this style need to stay more occultist and underground to create the music you do?

No thank you. Big labels do nothing except for their big bands. We would be signed, and put on the shelf and forgotten. Small indie labels are the only way to go.

13. How does image and visuals play I to a band like Norse?

They play a big part. It’s important for our live shows to have dark imagery that meshes with our sound to create the harrowing experience we want to deliver.

14. Being a duo on recordings what is the live show like and how does it differ from studio times ?

We have session members to carry out live duties so our performance is as close to the studio recording as possible. A lot of work involved, but the launch tour just completed have been the best shows in Norse' history.

15. Thank you for the time any closing thoughts here..

Thanks for your time and support!