Skip to main content
Posted by The DoorwayTo July 30, 2017

Music can inspire, enrage or confuse all ... 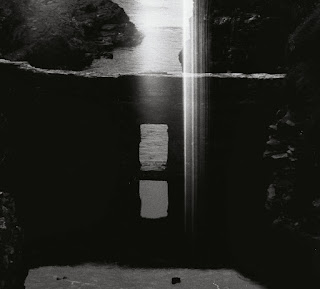 This starts off very ethereal and dreamy in the way many post black metal albums do as well. As we dig into Vulpus we get a very Dark metal meets Post Rock sensibility. The vocal presentation is far more grim then the music which is very spacial and melodic . Vulpus musical output draws you in as it almost has a blues southern rock overtone through out the tracks. There is a catchy side to this band then when you get lulled into thinking you know what is going on . Vulpus gets primal, caustic and spewing hate even with the guitar and drum tones. There comes in and out a Thrash and Melodic Death metal element as well. This is a complex album or tastes and ideas that comes from extreme metal but loves Shoegaze, Gothic and Post Rock for sure. For who ever listens to this album it's going to be an adventure and you will find something interesting around every corner. There are some very epic movements going on through out as well.  You really need to hear this Post Black Metal band to understand all it's wonder and unique tones.

Industrial Black Doom with a heavy occult over tone are you a fan of bands like  Author and Punisher, P.H.O.B.O.S, Zaraza, Godflesh, HALO and Gnaw then this is the beast for you . There is a very Ethno Industrial element going on here as well. The harsh noise elements just work in tandem with the darkness and destruction going on through out the vocals. You can hear elements of bands like Amber Asylum and  Dead can dance in what a project like Khost is going for as well. This album is down right awe inspiring in vision and outcome. The torment you get from an album like this you don't often hear in modern extreme metal and noise bands. This is end of days kinds of soundtrack and with that my friends get this so you can witness it's majesty .

Demon Head- Thunder on the fields -CD/ Digital ( The Sign )

This a fuzzed out 60's Pych rock band trapped in 2017 and while it a bit different for most it sounds like Glenn Danzig fronting a band like Jefferson airplane or Hawkwind. I find it rather so so at best. There are bands on Svart and Ektro doing much more original things with the same sounds.  I'm going to make this extremely short with that and say. You need to be a flower child to really love this.

This is a reissue of an album that Panopticon released in 2012 and from the start of the album I hear a folk and bluegrass album and as we hit the 2nd track we go full on to a Folk Black metal album that is full of fury, venom, hatred and pagan folk elements that it will make any fan of the genre or style see why a band like Panopticon is impressive to say the least.  I'm 2012 this would have been genre defying and groundbreaking to say the least. The folk and country string and musical arrangements make this something very unusual to say the least. At it's core this is very much a Black metal album just with the vision to see beyond just one sound and or idea. I'm so very glad I got to hear Panopticon -Kentucky as this is a true game changer for were music is and was going. I can see why a reissue was give to this album . I would say it's a must own for many in the likings of this kind of extreme metal.

The story as I read it this is 30 yrs after plague, war and nuclear Armageddon and the world is just a battle field of survive as the end of days and life are here and there is no way to stop the end of all life.  The band sound just like that too. This is full on chaotic War metal  mix of  Raw guttural death metal, noisy crusty black metal and a hardcore blast overtone. Heresiarch  does not create a safe space nor should they. This is for those of us that love are metal extreme un relenting and ready to cross over to the other side of pure madness. Sometime we need that final step to be made and with a band like Heresiarch they are very happy to do so for all of us. Humanity end will be sung by Heresiarch ....