Skip to main content
Posted by The DoorwayTo January 23, 2017

8 New Reviews for the Adventurous... 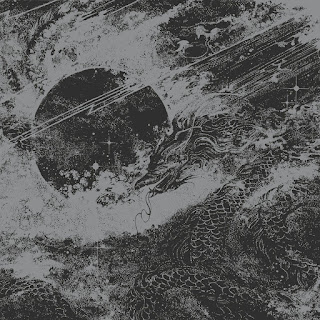 The Intro to the album is very much something I would say is Black Ambient but as we move on to the heart of this beast it's very Spacial Black metal with a very futurist element to it all almost what you heard with Limbonic art and Thorns back in the early 00's . This is very over the top with very odd synths and heavy effected vocals that work amazingly well with the tone of the album. I wants to say the synths are organs, tubular bells and strings and hyper speed drumming and very post black metal guitars make this something that really brings me back to the Early Satyricon,  Aeternus , Gorgoroth , Summoning and even Kvist. Really liking the mix of Melody, Harsh Black metal,Folk, Post Metal elements and a very fantasy overtone to the album through out. Avantgarde is making a 3rd revival in my eyes in the last few years and they really are getting some interesting bands on the label. Keep it up.

Here is more Sci fi Black metal maybe this is the new Direction Avantgarde is heading
as this reminds me of Post Metal mixed with elements of  Bal Sagoth, Wolves in the
Throne room, Velvet Cacoon and Oxiplegatz. Not sure where else to go with this as  it's
Inspiring and Nightmarish all at the same time and has hooked on to me to listen to the
album more then a few times now before I starting writing this review. The synths
sound right out of a sci movie from the 80's I don't know what else to say . I can see
why this band has the hype that is does as they are truly that impressive for a
Black metal band but they are so much more as well. Take the risk and check out
Mesarthim..

So this is Black Death with a strong leaning towards what I would call Post Black metal there are Occult, Eastern elements as well as that epic tone that makes you know this band has honed their craft before this album was presented to the world. It has the Slow Atmospheric Death metal tone that works so well the more avant Black metal sounds that came from Norway and Finland  in 90's and early 00's. This Ep takes over where bands like  like  Secrets of the Moon and Negura Bunget have come from and moved away. There are elements very much of Dissection , Code and  Fen. The Dissidence of the album is really what takes you to new levels. Great work for a band that should be getting much more noticed.

Ok so this is the 1st time I'm reviewing a band that I'm label mates with so I'm going to try and be as non basis as possible lol. What I hear from this U.K. force is two parts of a whole there is very much a Post Hardcore/Crust element to this band but they have a crazy love for  Black/Death metal too and when mixing the too together I get something in a mix of if you could have Converge Performing Black metal like Marduk or Bethemoth. I'm  I making sense at all as this is coming I could hear coming off  Deathwish Inc or Southern Lord labels as they have so much in common with bands on those labels as well, There is  Metal, Punk, Hardcore and Noise all coming from this band in a way that even Deafheaven made say is over the top for them and that is good. This album does indeed crush and give me another reason why I signed to a label with such vision and scope to get music out to a world that will be impressed by the creativity and talent here!!

This has a band I loved since the debut on Misanthropy Records over 20 yrs ago now. As the albums and labels they have crossed path with The  End, Century Media, Peaceville the sound as moved to a more Dark Avant/ Prog Metal sound from the Doom and Prog Sound they started with and now with " Red in tooth and claw" they are coming full circle . As the Doom is coming back into the Avant/ Prog majority. Agnete voice gets better and more powerful with each album. Her Fractured and Sorrowful voice works so well with music I want to say at times is a mix of Anathema, Opeth, Katatonia and MyDying Bride .  There are time I hear elements of Porcupine Tree and  3rd and the Mortal too.  The Passion and power of a band like Madder Mortem is never lost and so glad to have them back after a lengthy break with an album that maybe the best of their career!!!!!

Space Rock, Noise Rock , Drone and Fuzzed  out Doom is what I'm hearing this this  Juggernaut known as Lugweight. They have love for bands like  Earth, Sunn0)), Thrones and Melvins just from listening to the 1st track and I don't think it's going to be come an easier listen as we go along with this one. Lugweight is a bass heavy drone machine that will rumble an fill your very soul with Doom and Noise till your full and then continue far beyond that. I'm going to make this review short as one you have heard the 1st track this is going to be a love/ hate moment for you . Just remember once you listen there is no turning back !!!!

Power metal and Classic metal are alive and well with Civil War.  They are following tradition of bands like  Blind Gaurdian, Gamma Ray, Rhapsody, Iced Earth mixed with a heavy dose of Prog Rock in the over all sounds like  Dan Swano Prog metal, Ayeron and Savatage. I'm just going to say if you like the bands I just mentioned then you will fall in love with Civil War there are even time I swear they just listened to a bunch of Saxon and Pretty Maids albums and said were ready to record.  Well Written, Crafted and Recorded to levels of Epic glory. I will be listening to this one over and over again when I need my Power metal fix.

So not one but two label mates I'm reviewing in this  group of albums. Queen Elephantine is something that is going to take time for me to understand and digest. This is a trippy stoner doom project and not something I normally enjoy at all and with the 1st track it's not winning me over at all. The 2nd track is a bit darker and more in that Electric Wizard and Desert Rock aka Kyuss elements that makes it more interesting to me. There is an east Indian element to this that I do like and at time sounds like a fucked up Monster Magnet a back i do like. I just don't like that 70's Proto Doom tone to the guitars that comes through on some of the tracks. I wish over all this was a more focused album because when they are this is some strong idea's going on. Well you can win them all and I going to have to pass on this.