Skip to main content
Posted by The DoorwayTo December 08, 2016

Art of Propaganda Artist - Karg Interview is up 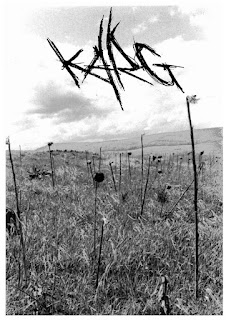 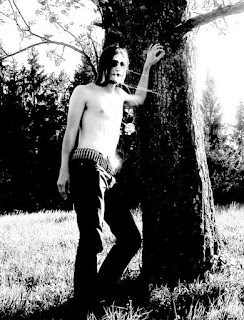 I don’t know, it just happened. I never thought about myself like: Hey I wanna do Post Black Metal now or I’m going to use a deeper voice while screaming. It was a natural progress I’d say. Karg is a band which always created the music I felt like. And yeah, Post Rock, Hardcore and other Post related genres always got my mind. I think that’s the reason behind.

Not really. I was a huge fan of Forgotten Tom band Bethlehem when I was in my teens and also later on, but I don’t think they influenced me when it comes to creating music.

I think it’s more powerfull than earlier releases and the songwriting is more uniform, because every song was finished in one session and all were recorded in the same studio. On older releases I recorded songs part to part, some in my living room, some in the rehearsal space or somewhere else. That’s why „Weltenasche“ might be the „most professional“ Karg release so far.

5. How did you come to work with Art of Propaganda and what is it that you hope go get from Partnership?

I came in touch with Sven of AOP through my other band Harakiri For The Sky, cause he released all of our albums. We became friends and when he heard the first song oft he new album we released last christmas he also wanted to release „Weltenasche“ and I needed a label. That’s quite the story. He makes a very good job with his label also when it comes to artist freedom. That’s why I like to work with him.

6. Being a one man project how do you make Karg stand out or is that not important to you?

It’s not important to me. I know everybody says it’s not important and they are creating music for themselves, but it’s the truth. I’m not profiling myself as a musician. It’s cool when I meet people that tell me that they really like my new record, but I don’t even like to talk about it. I like to create music and writing lyrics but I could easily eschew what comes afterwards.

7. Does Karg what to perform live again ever why the change is vision to perform on stage?

I don’t think I will do it. Sometimes when I’m very drunk I catch myself thinking about it, but I still don’t get the meaningfulness behind this idea.

8. I hear elements of two bands  An Autumn for Cripple Children and Stilla in your music the more I listen as you have a strong Black folk edge too.

I may have a small folk influence yeah. When it comes to this point I’ve to say, that the music of Of The Wand And The Moon, a dark folk project from Denmark, means the world to me. And I’m not overstating, I love this band more than every other. I listen to it like everday. But also Black Metal with folk influences such as the bands you stated were always important to me as well. The emphasis lies on Folk, not that stupid Pagan and Heathen shit.

9. If you could make a proper video what track of new album would it be and what would you want visually?

I thought about doing a video for „Solange das Herz schlägt…“ The idea would be seeing a guy running at full speed, in different clothes, in different seasons, such as winter, autumn, summer and so on. Sometimes you can see him from the front, sometimes from the side or the back, but he is always running and gesticulating with his arms, drinking from a bottle or something like that. And he mimes the vocals. That’s what I was recently thinking about… But I don’t think I will find somebody that wants to do this video.

10. What music is impressing Karg at this time ?

11. Is  Social media the best way to expose underground music in 2016?

Yeah, unfortunately. A band is nothing without facebook, bandcamp or the internet in general these days.

12.Do you record music under other names or project if so please tell us your other sounds.

I also play in Harakiri For The Sky which is also Post Black Metal, but has a, what I think, different note. The other project I’m in, is Seagrave. I did one record last year which I would describe as Blackened Hardcore or something like that.

13. Whats you thoughts on Visuals or Imagery in extreme music does it help the mystery and way people see the band?

For sure. It’s the second most important way to express as a musician. In the past and also today I often bought or listened to albums because I liked the artwork. This is also how I came to Black Metal in my teens.

14. If you could cover any song and make it Karg's own what would it be any why?

Something in the way from Nirvana