Skip to main content
Posted by The DoorwayTo March 12, 2016

Ashen Horde Interview is up 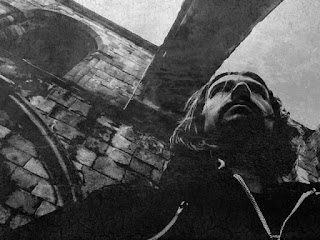 1. So tell us a bit about Ashen Horde this one man Metallic force from Hollywood CA?

Well, as you point out, the Horde is really just me. I've been a metal musician for many years now (and member of many failed bands), and after relocating to Hollywood from NYC, I decided to take my career into my own hands. Apparently the best way to do that was to pull a Dave Grohl and do everything myself. People seem to be digging it, so I guess it was a decent idea! Hollywood may seem a pretty unlikely place for grim, blackened prog, but there seems to more than enough vapidity and filth here from which to draw inspiration.

2. There is a strong mix of Bands like Thorns, Emperor, Enslaved and Saytricon that very Nordic Progressive Tech Black metal are any of these bands influences on Ashen Horde?

It's that apparent, eh? Yeah- those bands were instrumental in my black metal indoctrination. Enslaved's "Frost" and "Eld," Emperor's "Anthems to the Welkin at Dusk," and Satyricon's "Nemesis -Divina" were all pretty life-changing for me. For whatever reason, I never got big into Thorns, but I appreciate what they do. I like that those bands, along with a number of others, have been able to be grim, cinematic and epic, but without losing the technicality. So coupled with my love for technical death metal and progressive, you can see where the Ashen Horde sound comes from.

3. Tell us a bit how you create an Ashen Horde album is the music or Lyrics and concept done 1st or is it a collab of both?

In the case of the first album, "Sanguinum Vindicta," the story came first. I actually had it sitting around in my head for a few years while I was doing other stuff. I would write songs here and there, and at some point, I had a whole album's worth of material. "Nine Plagues," on the other hand, was music first. I wasn't sure what to do lyrically, but once I came up with the concept, most of the songs perfectly (luckily). I'm writing the third album now, and it's following that pattern--a lot of music so far, but no lyric concept just yet. I actually came up with a concept for a future album, so it's possible I'll flip it around for the next one.

4. I know there must be a theme or story behind the tracks of Nine Plagues Tell us  about it?

So "Nine Plagues" tells the story of an isolated village that, after years of existing peacefully, gets attacked and overtaken by a blood-thirsty army looking to expand their territory. Those that survive manage to escape, and the rest of the album details the other "plagues" that befall them as they attempt to survive in a harsh landscape. Disease, starvation, rebellion... It starts bad, gets worse, and ends horribly. I'd go into more detail, but that's what the lyrics are for! They're available in cd copies of the album, as well as with the bandcamp download... a little promotion there, for ya.

5. Mandol seems to be your own label .. Do you feel in 2016 A label is not needed its more about good PR, Social Media and Word of mouth now?

I think it's possible to get by without a label, but it's a lot harder. Individuals simply don't have the promotional power of the labels. That's been the toughest thing for me--finding a way to break through all of the other bands out there and get Ashen Horde to the right ears. I feel like being attached to a label is a great way to get on people's radar, but you've got to get on a label's radar first, which is just as daunting. Besides, most musicians aren't marketing pros. There's a reason Kiss has always done well--they've got a great musician in Paul, and a great marketer in Gene (even if most of Gene's ideas are laughably bad, haha). Signing on with Transcending Obscurity PR has been awesome, because it allows me to put a lot of time I was spending on marketing back into working on new music.

6. If you could make a proper video of any track on Nine Plagues what would it be and why?

"Isolation" stands out to me as video-worthy. At that point in the story, there's only a handful of people left, and the solitude starts to push one of the survivors into madness. I feel like that would translate well into a concept video about the slow descent into insanity. Of course, for some good old-fashioned violence and gore, "Desecration of the Sanctuary" would be a good choice.

7. Does Ritualistic and Occult themes and image still drive underground Black metal in 2016?

They certainly seem to, at least from what I see in a lot of bands. Personally, I don't have any interest in any of that--I seem to be able to tap into my inner darkness without the help of some otherworldy entity. Honestly, I feel like in many ways, the scene has become a parody of itself. Sure, there are bands that legitimately practice what they preach, but I feel like the vast majority use all of the occult imagery the way Motley Crue did back in the day. They just want to look dark and evil, but it's all for show. Of course, it's not really a deterrent, either. Good bands are good bands.

8. http://www.ashenhorde.com/ is an impressive site. Most bands live off Bandcamp, facebook and soundcloud these days why go all out for a proper site now?

That actually came out of reading an interview with some PR person that Web sites are still important. But it does seem to be turning into a superfluous endeavor, particularly based on the ease of updating social media sites vs websites. Plus, I imagine most fans don't spend a lot of time on actual band websites, but I could be wrong!

9. Would Ashen Horde ever want to perform live or is the studio where is belongs?

I do get the urge to play live, especially when I'm at shows. But then I think of all that comes with it--hauling gear, technical issues, potentially shitty turnouts... and lose interest, haha. Seriously, though, I am looking to pull together a band this year, so perhaps shows are not that far off. I think with the right players, Ashen Horde could be a formidable live force.

10. The production of the album is so full and heavy tell us about what you do in studio as one man force to bring that great sound out on albums?

It pretty much comes down to one thing: time. Sure, I've built a nice studio for myself, but even having the best gear in world (which I don't) doesn't mean the result will be worth listening to. "Death Magnetic" is a great illustration of that. I've really just forced myself not to settle until the thing I hear in my head comes out of my speakers. The upside? I don't have to pay for studio time, so if I take an extra couple days, weeks, or months on a mix, I'm not out any $$. The downside is that I could potentially tweak things forever, but I seem to know when to say "enough!"

11. If you could sign to a label like  Nuclear Blast, Century Media or Candlelight would you even want too or do you feel better going it for DIY?

The frustrated musician in me says "fuck yes," but the realist in me knows it's not like being handed a golden ticket. I know plenty of people who have or have had deals, and thus I've heard a number of horror stories. But if the right deal came along, I'd be hard pressed to turn it down. There are so many great labels out there--Season of Mist, Napalm, The End--labels that legitimately look for good bands and put work into growing and promoting them.

12. Trevor what bands are impressing you at this time?

You know, I spend so much time working on my own stuff, I don't have much time to seek out new bands! Thus, I tend to stick with what I know. The new Abbath record is great, as is the new Borknagar. I'm still kind of obsessed with the last two Napalm Death discs... and the newest Therapy? album, "Disquiet." Based on the singles, the new Anthrax will be as good as, or better than, "Worship Music," so I'm very ready for that. At first listen, The Cult's "Hidden City" sounds promising, even though Ian's voice is showing its age. Everyone's been raving about Alkaloid, so I imagine I should get off my ass and check it out.

13. Do you create music under other project other then Ashen Horde?

Lately, Ashen Horde has been demanding my full attention, but I do have an occasional punk/grind project called Bite Wound, which you can check out at http://bitewound.bandcamp.com. I have ideas for some other things I'd like to do, but they're under wraps at the moment!

14. Thank you for the time any closing thoughts here

Thanks for the support! Every person that checks out Ashen Horde gives me the momentum to keep charging forward. Horns up!