Skip to main content
Posted by The DoorwayTo July 29, 2015 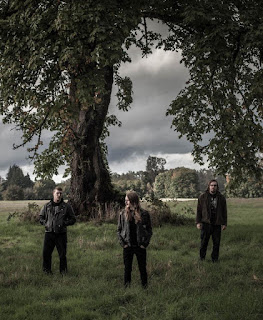 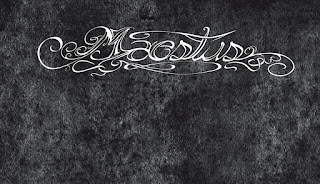 1. For those us very new to Maestus tell us a bit about this Blackened Epic Doom Unit? How did you come to be?

SP: Maestus came to be when I began collaborating with my good friend, and fellow artist, Sophos, in 2013. We originally wanted to channel our adoration toward the bleak sonic landscapes of our influences. These influences range from Richard Wagner and Max Richter, to Shape of Despair and Ahab.

2. The 1st track starts with a very neoclassical intro vibe how did that come to be?

SP: ‘Shrouded By Peaks, Valleys Speak’ came to fruition after composing the original female vocal line. I knew, from the beginning that I was set on my younger sister, Chrysalis Parker, doing the vocal lines. I originally wrote it as an intro, with the piano, vocal and drum pieces being a separate track, but when played next to one another they fit perfectly. The intro piece was altered slightly to be closer to the key of the ‘full’ song, and after that, it all came together beautifully.

3.  Maestus seems very influenced by Peaceville, Avantgarde and Prophecy Productions Doom and Black metal movements there is a torment and madness to the music. Where do you see this sound leading?

SP: If you listen to ‘Scarlet Lakes’ you’ll hear one band, and if you listen to ‘Voir dire’ you’ll hear a different band. It’s the same two core writers involved, but even less than a year after we recorded our first EP, the tides had changed. Our expression had progressed to be far more black metal in nature. We love playing slow, but on occasion we can’t express exactly what we’d like to, when playing doom. That is why you have the occasional section of blast beats and fast guitar riffs.

4. If you were asked as band in 3 words to explain your style how would you do so?

SP: Austere. Lament. Brooding. Those are the three I’ve chosen.

5. I love that the tracks truly build to a massive element. Does real underground music like this need the time to breathe to see it's proper beauty?

SP: I believe that lots of music needs time to breathe. It can be difficult to say and feel all that you need to within a 5-9 minute song. I felt with a song like “Shrouded by Peaks, Valleys Speak” and “Opaque…” we needed a lot of time to get our story across.

6. What is a Maestus live show like? What is different from the album?

SP: Currently Maestus is not a live band, but we did perform a handful of regional shows in 2014 and a couple in 2015. Our live show can change depending on our set, and the setting of the performance. The ‘Voir dire’ album release show featured Chrysalis Parker performing alongside us, as a guest spot, which was very unique and may never happen again. It’s different from the album because we don’t have the ability to perform 10 keyboard tracks per song, as they exist on the album.

7.  How did you come to work with two labels Glossolalia Records
Domestic Genocide Records???

SP: My brother, Kenneth Parker, is the owner and operator of Glossolalia Records. (http://glossolaliarecords.bandcamp.com) From the beginning we wanted to have him involved to help get our music out to a certain fan base that we may not have reached otherwise. We released the first EP ‘Scarlet Lakes’ through Glossolalia Records, and co-released ‘Voir dire’ with DG Records. Domestic Genocide had showed interest in our music a couple years ago when ‘Scarlet Lakes’ was released and we had been in contact ever since. This lead to the Glossolalia/Domestic Genocide/Maestus marriage that exists currently.

8. If you could make a proper video for any one of your tracks, which would it, be why and how would it look?

SP: We had talked about making a view for ‘Weeping Granite,’ which is the first track we released from ‘Voir dire.’ It didn’t work out with our timeline for the album but we haven’t written off the idea of a new video. I’d want it to be obscure and have a sense of hopelessness. I have a love/hate relationship with bands performing in their music videos. If not done correctly, it’s boring as hell and you essentially just ruined a good music video.

9. Are you fans of the digital and social media age or does it hurt a true underground band with so much over saturation?

SP: I believe social media can be used in a very positive way, when getting your music out to the world. You can absolutely over saturate yourselves, but that’s all up to you. On the social media accounts that Ido run for Maestus and other bands, I try and keep the posts relevant and somewhat infrequent. You’ll be

10. Is there a running theme on Voir Dire?

SP: Lyrically there is definitely a consistent theme throughout the album. When preparing lyrics for this album, Sophos and I, spent a lot of time diving into our past and bringing certain emotions to the surface. Currently I am at a very positive place in life, but that wasn’t always the case. To bring up those past issues and address them through your music is a very cathartic process. It helped close a lot of harmful doors that were still open in my world.

11. What are the members of Maestus currently listening too?

SP: As I am writing this I am listening to the new Shape of Despair record and, as usual, it’s phenomenal. I’ve also been heavily into the latest YOB album. I work as an audio engineer in my off time from touring and therefore I listen to a lot of heavy music. Everyday. This leads me to seek out other genres of music when I’m home. I’ve been getting into a heap of electronic/ambient music. Especially the score to the British series Broadchurch, which was composed by Ólafur Arnalds. Simply amazing stuff.

12. What words of advice would you have for new extreme bands making they way in to this very vast landscape of music??

SP: At this point in time I, myself, am still wrapping my head around a lot of it. My only advice to anyone, who cares about anything, is to never stop pursuing something that you’re passionate about. That’s probably the most cliché sentence I’ve ever written in my life, but it’s 100% true.

13. I've always found a very romantic element to Doom metal. There is a broken passion in anyone that creates it. Don't you agree there has to be that love loss in your soul to make music like this?

SP: Not necessarily, no. Was it easier for me to channel this music due to previous unfortunate circumstances? Absolutely. Did I need it to make something happen? Absolutely not.

14. Do the members of Maestus work in other musical projects as well. If so let our reader know.

SP: We all have separate projects, yes. I run a regional studio called The Wilderness in Eugene, Oregon (http://www.thewilderness-studios.com). Kenneth (bass/vocals) and myself also play in the Oregon black metal band Arkhum (https://glossolaliarecords.bandcamp.com/album/the-skies-do-give-succor).

Our drummer, Cordell Cline, recently performed drums on the album Dehumanize by the Oregon band Dimensionless. Which can be heard here: https://dimensionless.bandcamp.com/

SP: I have some very basic song blueprints for our sophomore effort. No timeline for actually writing or recording but I’m sure we’ll have it out in late 2016.  Other than that, I’d like to thank the people who have streamed, purchased, and/or downloaded our new album. We are extremely grateful for your support.