Skip to main content
Posted by The DoorwayTo July 30, 2020 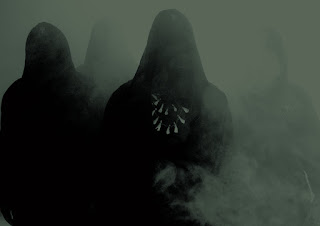 1. Tell us about the themes that JUPITERIAN covers in your songs and how that has changes over the course of years?

It definitely didn't change much or I'd say it was a linear progression, somehow. Looking back, since our first EP. "Archaic" through our entire discography the themes were always surrounding old school sci-fi literature and movies. I'd say the only track that lyrically doesn't fit in is "Drag me to my grave" and that's why it's a bonus track on "Aphotic''. But I see many of those themes, such as Procession Towards the Monolith, used today on our next album for example. I could still refer to Lovecraft, Robert E. Howard, Arthur C. Clarke and Asimov as my main inspirations for every album we did and

2. I love the hypnotic , crusty and sludgy side of Death Doom . I hear elements of the old Peaceville bands, Esoteric, Winter, Dolorian, Shape of Despair and Mournful Congregation mixed with some stuff like Bolt Thrower, Neurosis and Cult of Luna. What bands inspired you?

You were right on spot mentioning bands from the early Peaceville era. When I started the band, my main inspiration was the first Anathema years, all those heavy riffs, mixed with the most miserably

melancholic and sad melodies. Anathema and Paradise Lost, which is another big influence for me, really broke every formula when they came up, never repeating themselves and always being years ahead of every other band. How unique and timeless are Serenades, Pentecost III and Gothic, for example. Bolt Thrower is another huge thing for us, but of course we try our best to differ from all of them and follow our own way.

3. Brazil has had a long and stories metal history with Black,Death and Thrash. Not so much Doom I know of. What is the scene like there and are there other Doom bands we should be checking out?

Well, Brazil is a continental country and we have many, many bands from every genre and subgenres of metal, but it's really hard for a brazilian band to break out and be noticed by the media abroad.

Mythological Cold Towers is an example, they are around since 1994 and their way of putting out an epic doom is so unique and they are still one of my favorite brazilian bands.

4. This style of music to me has always needed room to breath shorter songs always seem incomplete? How do you arrange the songs and do the lyrical ideas or musical ones normally come 1st?

I see the music we create as a living organism. It tells us where to go, and I never try to force anything. Most of the time, the first riff of a song comes in the worst timing, when I am taking a long walk and I am far from my guitar, so I gotta record the riff singing it with my phone. If I pick up a guitar with the intention of creating something, it usually comes the most generic and overused riff ever. And the music will tell me when it wants to end, It could take months to complete one song I thought it was ok, but then I'm playing and it leads me to another riff and so on.

5. This is your 2nd proper record with Transcending Obscurity, who are in India across the planet. How did the partnership happen and what keeps you with Kunal and Label?

Kunal looked for us in 2016 one week before we were to take off for our first european tour. We'd do only 4 shows, but it included Dutch Doom Days in Rotterdam. We already had written most of the tracks for Terraforming but he hadn't listened to anything of that material. It was a matter of trust for both sides but I think we grew a lot together since then and it has been a great experience.

6. How does Image and Aesthetics build the full picture for a band like JUPITERIAN?

It's part of our DNA. As long as there's Jupiterian, there's the Aesthetics. It's as important as a guitar and our pedals. Our music is based on the concept of a ritualistic society or a lovecraftian cult if you will. That's the atmosphere the music is presented in.

7. The music is dense, melodic, suffocation, gothic and crushing all at same time. What tuning are you in and what studio magic does the band use to get the mix of Ultra heavy and Atmospheric at the same time?

I feel we are always walking an extremely thin line with our music. We want it as heavy and oppressive as we can get but at the same time we have the melodic aspect which makes it impossible for us to get it all at the level 10 or it would be an indistinctive mess of buzz.

8. How Does JUPITERIAN differ from Album to the Live setting and which do you prefer more?

I love to be in the studio, the creative flow and recording process is my driving force and that's what keeps me excited to keep doing it. There is a certain diabolical aspect within every live situation and

that's because you are never safe. Nothing is under control and anything can happen, from breaking a string to a malfunction of equipment during your live set. At any second something wrong can

happen and it can ruin the experience of the audience but that's what makes it so challenging and a battle to be won every time. I can't pick one, it's all parts of the same engine that Jupiterian is.

9. I hear a lot of heavy punk and death rock elements in your music esp in the rhythms is that something you try to mix in or is it just happening with the tones and way music comes natural?

That's really great you mentioned that and I'm really glad you did cause nobody else got this nuance in our music. I am a big fan of death rock, post-punk, gothic and all that late 70's / 80's somber

music. When I wrote Matriarch, the whole first section is led by the bass and guitars keep repeating a dissonance which is something that you hear a lot in, for example, The Cure's Robert Smith/Simon Gallup work. I would say it comes natural, as I told you before, all the music we write manifests itself and tells me what it is and where it wants to go so I just let it happen.

10. If you could tour with any band which would it be and why?

Ok, an active band but I'd get unreasonable here and pick up The Cure. On a tour with them playing their early stuff as they did a few years ago. Because those early albums are the source of misery in music.

11. How has the Digital age ( Youtube, Bandcamp, Podcast and Blogs) changed the landscape for better or worse for extreme underground music?

It's hard for me to try to figure a scenario without any of these tools since it's been a long, long time they are here. Of course we don't make a living out of our music so for us it's a good thing, people can reach to our music anytime.

12. I think there is a rebirth from 90s to now for more Epic atmospheric Death Doom. Why do you think people are coming back to the underground more in 2020 again?

I wish I could lead you somewhere here but I have no clue. We've seen many revivals the last few years. In the early 2000's was thrash metal, later swedish death metal... Now there's an 80's synth music revival getting a huge attention. I don't know the reason but maybe it's because people get sick of the surgically clean sound of modern productions which I think is really annoying. Everything sounds so digital and lifeless that they run to the past to feel how real music used to sound like, how they achieved their sound with less resources and all that analog equipment. But it's just a guess and as long as someone is happy and enjoying his music, it's all good.

13. Do the members of JUPITERIAN have other projects they create music in if so tell us about that?

I am working on a new band now with P, the Jupiterian drummer, called Fossilization. It's still in the very early stages since Jupiterian takes a lot of time from me and I don't want to commit to anything else that changes my focus with the band.

14. Looks like you got a new drummer in 2019 how has that changed the dynamic at all if any for Protosapien vs earlier works?

Yes, G left the band last year and we had a good chemistry and dynamics within the band because we worked together for 6 long and busy years and of course all that was gone. But we are working with the new drummer for almost one year now and it's a completely different vibe and energy. I wouldn't say things changed much for our earlier works, but the new tracks we are working together are completely different from what you would expect from Jupiterian.

15. If JUPITERIAN was to end with this album what do you want the world to remember them for?

For our discography would be good enough.

Thank you very much for the interest and for the good questions.