Skip to main content
Posted by The DoorwayTo April 30, 2017

I was feeling Sinister so here are 6 new reviews !!!! 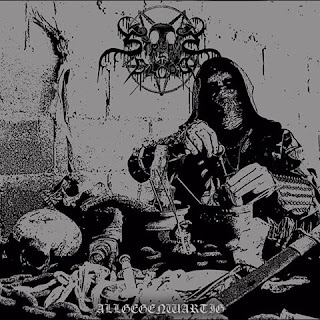 Raw , bombastic in your face Black metal that you have heard before though it's done extremely well and has this very hypnotic and chamber sound effect that you get from the more war like black metal bands Watain, Marduk, Gorgoroth and Inquisition .  The would be very much at home on Moribund Cult or even Drakkar  as labels. There is a very grim element to this that makes it's it all the more left of center. The symphonic moments are there with string arrangement it also reminds me of early Dimmu Borgir in this way as well. Well done black metal with death metal overtone is really what I would call this band . The every much come from the German / Polish Black/Death scene but with Streams of Blood they see the Black metal side glimmer a bit more. . definitely an album to check out and explore as it's very interesting to say the least.

Planning for burial- Below the house-CD/ Digital ( The Flenser )

This is one of the most beautiful and distrubing albums to come across my review world in a while. the  mix 4 styles very deeply into some that I would have to say is a massive undertaking as the 4 styles are not ones most would put together and make something like this. We have Shoegaze, Post Doom, Suicidal Black metal and Noise Rock into something I would say is an investment of love and a burden to put together like this as I hear bands like Dearheaven, Jesu, Happy Days, Forgotten Tomb , Slint, Rodan and Codine. You have to be tormented and hearing conversations from the other side to create sounds and layers like this. I don't want to over preach this but The Flenser gives us some the more interesting music of the last few years. The other label I would say this could come from with no surprise would be Sargent House. There a Darkness, Melody, Catchy droning element with some very Avant Doom movements going on there. The focus of the emotions that come from here are being Disillusioned, Grief, Acceptance and Closure. That is every thing I feel here. There are some elements of bands like Ulver, Burzum and Silencer as well. This is a rough sounding album in a beautiful way. I need to say nothing more other then , Why you still here get a copy now.

If I mention a few bands like  Orphaned Land, Melechesh and Nile will this give you an idea of what you have in front of you . Just add a more Hindu/ Oriental element to the music over all. This is very clearly and epic metal album that is rooted in Death and Black metal overtones and just another piece of what modern metal is creating the world around. Metal is not longer just for sweaty, dark and damp clubs were the extreme views of the world are shelters to those not in that world. This is something you want to see on a stage of a theater hopefully with an impressive light and stage shows as they are clearly telling a story or tale from there history. This band is another impressive one from India. There are even moments they remind me of bands like Dark Tranquility and  Edge of Sanity. Very impressive work for this band I will be listening to this over and over again.. 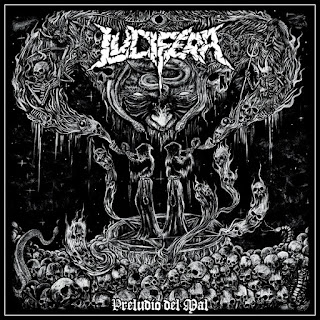 Blistering  thrashing Black / Death in that very very old school manner that many bands from south america did before them and early 90's bands like Hellhammer and Dissection brought to the world. There is a love of Slayer 1st two album here as well at Sodom and Kreator. The female vocals are as venomous as they are complex and clear for the world to hear. This has a very raw and early extreme metal sound. I would even say Early Sepultura is another band they take from . There is a grooving thrash element that comes and goes through out the album as well. This is in your face more then not and if you like the above conversation then this will be an album you need to put in your collection and it doesn't stop from beginning to end and you would want nothing less from  metallic release like this one.

There are times in Death metal the more sinister and doomy it gets the more impressed I am . This is one of those bands that play it like bands of the following elk Dismember, Entombed, Incantation, Immolation, Early Morbid Angel, The Chasm and Mortician.. If I really need to say more about the buzz saw, guttural / throaty vocals and the Swedish overtone through out the album then you did not listen to Death metal from 95 to 2002 period as this is where Morbid Flesh comes from and wants to say. Even the damn solos are short , blistering and perfect in the songs. Let the Death metal war machine wash over you and experience the way the genre make it a movement that is an empire now in 2017. THIS IS SIMPLY KILLER DEATH METAL HANDS DOWN !!!!.

Black Death, Black Death, Black Death Black Death. Did I say it enough that is the theme of these reviews. This seems to be a revival of sorts. Some with synths like this one, One more to the classic Swedish and German Bands but all in the end have that love of labels like Nuke Blast, Massacre, Earache and Relapse in the mid 90's even places like Roadracer/Roadrunner and Peaceville had a few. This is just like a warm blanket of my musical youth. They do put a bit of a modern more industrial element into the tones of the band that would bring you a more listenable records or season of mist feeling to the music. I can just tell you that Cemetery Winds is bad ass and full of great/ memorable songs that you will want to listen to over again. They have an early Amorphis thing going on too very "Tales of a thousands lakes  " and I think that even makes me like them more but they are from Finland so that is expected right?  Really some good strong Death metal entering the world in 2017 and for one I'm glad to see it, hear it and get the word out to the masses well thousands of you that read this anyway.