Skip to main content
Posted by The DoorwayTo December 06, 2015 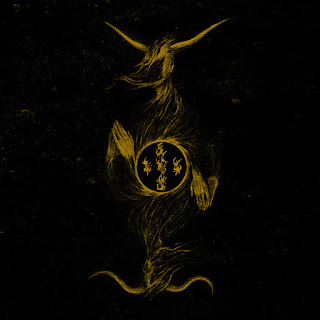 We have one of those albums that comes the most sinister and unsettling side of extreme music.  Aevangelist is a mix of  Dark metal, Avant Black metal and Black Noise into some that is as spine tingling as it is majestic and mind altering. If Sonic Youth, Bethlehem and Behemoth came together and created a band you would very much have Aevangelist. The only common factor is that you will get audio chaos coming from your  speakers at all time. The melody, Fractured tones and wall of Doom filled noises are just massive and pull you into the world of all things Occult and Paranormal. There are rituals going on here that some will never fully understand. At times I swear this is what MZ412 would should like if they came from a more Doom/Death metal side of the spectrum. The Madness created by an ill mind is the reason something will sound like this . It's clear this is for a select audience. That being said we who are of that elk need to embrace it's anti social ways and let the sounds take us to the next part of our journey . I really feel you will only hear a band like Aevangelist if your ready to take that next step in music evolution.  The Sorrow and Pain coming from this album help with other elements that distract you from the path you now know you need to follow. Aevangelist brings clearly to many things when I listen to them.  As I read more about them They are actually members and recorded and performed with Bethlehem so this makes all the more sense. Simple listen to it as now you read about them you will not be disappointed

Irata are a trippy Noise/Post Hardcore force that have a crushing low end sound and some very tormented vocals and at other time reminds of bands like Warrior Soul, Voivod and  Early Soundgarden. The Trio are signed to Retro Futurist created by Kylesa members . You can hear element of bands like  Black Cobra, US Christmas and Rosetta as well. This band is very much a surprise is sound and arrangements. I was not ready for the fuzzed out 80 heavy rock of bands like Deep Purple and Trouble and Cathedral but it's all there. The complexity that is happening in these song with the very melodic vocals meets the Post Hardcore screamo movements. I didn't know if I was going to like but the band has won me over for sure. Irata you have created something that is familiar and strange enough to be all your own.

This takes me back to a time when Black metal was something you listened to in secret and didnt let anyone but you other tape trading and fanzine friend know about. As the mainstream world would just not understand in anyway at all. Tsjuder are that style, Fast, Raw, Punk, Thrashing Satanic Black metal that will peel the paint of you walls and take any hope out of your soul the moment you put the album on. This is hate on audio format. The friends you make with this will be life long and you will have a bond with them that none outside the circle will ever understand.  The New Dark age has been embraced by Tsjuder and with opening this seal you are now a willing member on this age with all it's benefits , rewards , pains and sorrows......

So I have not at a moment in a while were I can really say I fucking hate a band and the hippie ass retro proto doom/ demo metal sound. The production sounds like everything on Rise above that I hate so much. Doom is never suppose to sound happy or have pop element. It's a shame because the female vocalist can really sing. This 10th generation wanabee  Black Sabbath  and NWBHM sound is just so tired and used up. The band you can hear are good musicians just playing such a tired style that bands like  Orange Goblin and Sheavy have beaten into the ground..  Ok before I don't want to review anything else. I'm moving on.  This album was never needed to be made as there are cut out bins all over the world with the original bands that made this sound and so much better..

From the very seconds that this album begins comes a wave of dark and deep drones that are making the hair's on the back of my neck stand up. As it builds comes odd and mystic sounding synths and ritual elements that one would here in the darkest of nights in the forest of old to worship the the ancient ones so the Sun will be allowed to raise for another day and the dark masters will protect them then that Sun is gone. Ugasanie is so much more then just Dark Ambient. It's mix elements of drone, ambience, soundscapes that mix Sci fi, Horror, Rituals and Heathen ideals for a rebirth of the ways and world of old . When times were much similar and you knew where you stood and how to achieve the enlightenment to get to the next realm of knowledge. Sometimes this journey is not easy but the rewards are grand to get there. Cryo Chamber is one of the best labels for Dark Experimental sounds and with Ugasanie is just the next grand chapter for the new folks to embrace this music adventure.

So a musical master mind by the name of Pierre le pape a french men that is making Prog metal sweep across fantasy, sci fi and futurist ideals. There are many common places with bands and  artists like Ayreon, Oxiplegatz, Devin Townsend, White Willow, The Gathering and Symphony X. Look at the guests on this album that help bring this epic album together.

What  and were does one go after a line up like that.  Melted Space go from fragile Prog pop music to full on prog metal back to Prog rock like Yes and Camel and then we have times were bands like Katatonia and Opeth sounds come out to the soundscapes. The mix of  Lush female vocals and male harmonies just blend into something beyond magical. Come on the Prague Philharmonic performs on this album as well.  This is a must listen..

The Body & Krieg- S/t- Digital/Vinyl ( At a Loss Recordings)

Two artists that are really set by destiny to collab together. The Body are a Black Industrial Doom Duo and Krieg is an avant black metal band with heavy experimentation in to noise and Industrial realms. Together they just bring an eruption of violence, noise and grim droning power to a world that need the expression and freedom from paint by the number music. This is one pissed of musical machine that has not stop button and must be let to finish in it's own way and at it's own time or we will all be bit in the ass for altering it's course.  If Author & Punisher was more Black metal and Mayhem was more experimental that is where I feel the sounds are coming from. You can here the love of bands like Amebix and Integrity with this album as well as Neurosis... I'm not sure I can say more then Crust, Noise , Industrial and Metal have never been mixed in a more potent and powerful measure I've heard before

Dark, Eastern Influenced Death metal that verges on Doom from how low and guttural this production is. The band is from Chile and we all know how massive and power South America Death metal can be and with Nar Mattaru what I hear are bands like Incantation, Nile and  Salem in the sounds that are being created. I love the darkness that a band like the can created with out having to be lighting fast. They have that Bolt Thrower element through out as well. This is really my favorite kind of death metal . Deep and heavy with Melody but still so very very heavy.. I'm not going to wax poetic about this band . You need to get this and listen as bands like this are for live and recorded enjoyment.  Horn's raised to the highest of levels for this album..

This band is very much again one of those projects that are parts of the whole. Every time I listen I hear elements of Third and the Mortal, Bjork, Tenhi, The Gathering ,Anathema and Ulver. So I guess to some it up would be Post Rock meets Folk meet Prog meets Electronica.  Bands like Nucleus Torn are here to challenge what music sounds like and what boundaries will be and with this I could not be more proud to have the next chapter in audial experimentation. The acoustic guitar, strings, flutes, warm bass and very classical percussion at time even give me that Dead can dance feel. The female vocals are haunting, harmonic and harpy like sometimes all at the very same time and in same verse.  The rock out at time with some very metal guitars, organs in the way Madder Mortem does as well.  I just feel I would be less complete in this world with out bands like Nucleus Torn..

So what do you get when the Drummer and Vocalist of Ash Borer come together with another and create a new trinity of Metallic Blasphemy. It's called Triumvir Foul and it's some of the nastiest, slowest creeping Death metal this side of Womb.. and then this hydra will show another head and the blast beast and Grindcore elements shine and lets not forget the 3rd and 4th head of  Crust/Punk and Raw Black metal. There is nothing safe or friendly about this band and that is just the way they want it. It's ugly , noisy, hateful and without remorse but is that not just the way you want your extreme metal to be. For one I will be listening to this album for many weeks to come. There is something very catchy about the complete venomous sound of this band. This about band taking all the over the top elements of what makes Death, Grindcore and Black metal such a Cult music and making it all their own. The vocals are direct from a pit in the lower levels of the abyss and without those the album would be missing so very much. Triumvir Foul you have collected another fan today...