Onslaught - Sounds of Violence-CD (AFM Records)
Yes late 80's inspired Power Metal/Thrash in the way I loved it so if your into bands Like Destruction, Atrophy and Exodus then this is going to kick you straight in the teeth with is power and guitar tones alone. The vocals are in the very throaty style in the way Jon Oliva of Savatage did this also as whole as an album reminds me " Hall of the Mountain King" is creation. Sometimes folks you just need a good classic sounding heavy thrash album with great melody and crushing riffs and guess who gave it to ya  Onslaught!!!
www.afm-records.de

Weedeater- Jason... the dragon-CD (Southern Lord)
N.C.  Sludge, Drone , Crust Doom masters of the feedback and low end.. If you love bands like Eyehategod, Cavity, Buzzoven, Sourvein etc then this is the album to open 2011 with for you my friends. The buzzsaw guitars, low deep bass that is fuzzed out and the drums of a dammed souled Blues man.. The vocals are fractured and raspy and just booze soaked in all there glory. There is a slow building madness and grow to this at the above bands have added to the classic Sludge/ Nola Doom sound and Weedeater have it with perfection.  Jason ... the dragon make every part of you mind and body want to attack the person next to you just because they piss you off..  Ah the molasses like guitar and bass tones are just making me so happy . I miss this sound and when the bands that come out and do this Southern Fried Sludge is just magical... Weedeater next time not so long between releases please...
www.southernlord.com

Black metal comes in so many varieties today that when you hear a just good old BM band cold, fast , raw and hateful you come to remember when BM was something to un nerve and creep the shit out of you while in the darkened nights of winter with some candle lit and your rituals being created. This is were the Swedish BM sound came to perfection  mix Marduk, Bathory, Gorgoroth and even Dark Funeral into a blender and you have something very close. Sacrarium are are that same path to take out all in their path with a war like battle cry and the blistering wall of sound . They do have some Satyricon / Motorhead element ie.. Punk sounds going on that all the better old school BM has always had sometimes just a bit more buried. The vocal cries are full of piss and venom and work to complete the tracks to a level few bands see today. Black metal is about not caring what other think and self worth to ones true vision and with this release job well done..
http://www.atmf.net/

THE PROJECT HATE MCMXCIXBleeding The New Apocalypse (Cum Victriciis In Manibus Armis)-CD (Season of Mist)
I know very little about this band. From what I'm listening to this modern Black Death with a prog and orchestral element. There are sung female vocals and very hoarse Death vocals going on. If I could put it into word its like Gathering with Anneke then they were more aggressive (so early on) with elements of Rotting Christ, Septic Flesh and Samael in they way the songs are epic and massively set up and arranged. Love the electro and synth elements mixed with the symphonic metal layers. At times its sounds a lot like The Kovenant and Arcturus then is goes into the most bombastic eastern sounding and doom like band. If the earlier material sounds like I need to hear more for sure.  Complexity is not at a minimum here folks. The Dan Swano production is not lost on this band. Its Crisp and following and as full as came be. The Prog and Death elements really shine thanks to Mr Swano Knob turning. This band maybe over the top for some but  to others its just going to be holy shit.... Brilliant Brilliant release..
http://season-of-mist.com/

Ava Inferi-Onyx-CD (Season of Mist)
I don't know how Ava Inferi creates albums as fast as they do as they are all so stunning in sound and presentation. They mix elements of Doom, Goth, Neoclassic, Eastern and Ethereal music styles into something that is close to Therion but a mix more sided to Dead can dance or Katatonia in the view and scope of the music. Season of Mist as of late has really been hitting home runs with the bands on there roster. The Huge lungs of  Female vocalist   Carmen are the stellar point of this we all know how skillful Rune was with Mayhem on guitar so it is no surprise he has grown into a guitar mastering force. There are so many layers to this band from Delicate to Driving to Introspective and so much more. The cleaner sounding moments are more impressive the the full on assault of the metallic edge they have . I would love to see his band live as I'm sure its a life changing musical event to say the least.. Ava Inferi have really found there own nitch in sound and creativity on this release.  The soaring vocals are just so good I can stop thinking about them with the deep sung male vocals and the chorus like backgrounds ... Man this band would be a travesty if not having major success.
http://season-of-mist.com/ 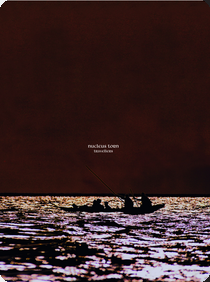 Beautiful and Classy Folk music of a very neoclassic and medieval nature.  The Acoustic guitar and flowing ambiance of it all is very soothing in the over all tone of the music. Nucleus Torn have a lot in coming with there label mates Tenhi in sound and in the Heathen elements that come through this album that seem to be a collection of older rare tracks and unreleased material. Love the primitive percussion that is being used as well. This really brings me back to a much simpler time when the world wasn't also so on the bring of demise.  About half way through the release the vocals tracks start come in that this where we have a kinship with the mellower moments of Antimatter or Anathema. The Folk rock is strong here as well and the strings and more aggressive guitars come in and add a whole new almost prog rock side to Nucleus Torn. This will be for the more somber moments in your left but still a very impressive journey to the more nature and acoustic friendly side of the musical realm.
http://www.prophecyproductions.de 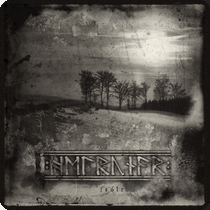 Ah more Black metal in the more epic raw style more to what bands line Negura Bunget and  Horna . With Helrunar we get the Nordic Myth/ Pagan element coming through very strong. There is a cold desolation to all that is going on with this release. The guitars are razor sharp with a very cool reverb effect on them to make them have that Mayhem like tone with work even better with a vocalist that is very similar in temper to Maniac vocals . Helrunar has an experimental Post Black metal  edge as well .   There is  ton of the post rock elements going on with Helrunar as well. If you like Shining or Bethlehem you may very well be into this band as at times they are coming across very much in that manner. Helrunar are very much a mixed band of many dark music styles and quite an adventure at that. I will be listening to this gem for weeks and months to come.
http://www.prophecyproductions.de/

INQUISITION - OMINOUS DOCTRINES OF THE PERPETUAL MYSTICAL MACROCOSM-CD (Hells Headbangers)
I don't even know where to begin with this Inquisition a black I have not heard much of before has just blown me away with a release that span many genres and blows all of them out of the water. This is a mix of Black, Folk, Death, Viking and Classic metal all at the same time and just layered with blackened guitars, acoustics , monster drumming and a vocalist that sounds like the throat is one step from the end of working which add a whole new level of pain and suffering to creation of this ground breaking release. They have taken what bands like Limbonic art, DHG and Darkthrone make there sound and have taken it to the very next level. There is almost a hypnotic element to all that is going on here. Inquisition is one of bands that will be in my top releases of the coming yr.
http://www.hellsheadbangers.com/

ACID Witch- Stoned-CD  (Hells Headbangers)
This band is an odd one to say the least. Its not just a Doom metal band with a heavy Cathedral influence. Acid Witch mixes in elements of Thrash , Classic Metal and Blackened vocals into something that is all its own and seems a bit thin in style and creativity. Acid Witch is just not my cup of tea I too much of the groove doom stuff for me. I'm sure some of you will love this but its just too Stoner by the name.. Just with vocals that are out of sorts.
http://www.hellsheadbangers.com/ 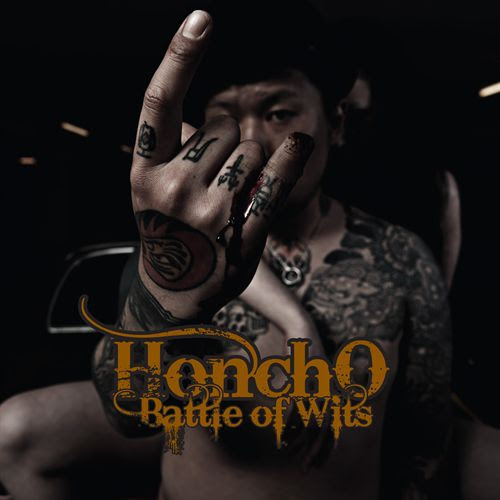 Honcho - Battle of Wits-CD (Honcho Records)
Its just came in the mail one day from the band I think. I never heard of Honcho but I'll tell you one thing for sure they are a kick ass rock unit with a strong melodic hard rock back drop. If you like bands like Badlands, Kenny Wayne Sheppard and Clutch then this is the ticket for you my friends. The Southern Blues element is strong in this rock back and the vocalist is powerful and soulful as well. There are moments where I think sound like Blue Murder too. This is really a fantastic heavy rock release. The songs are so damn catchy and make you want to rock out. I would like to see if Honcho stay in this very monster magnet meets Clutch style as the more I listen to it , its a very fuzzed out hard rock/ doomy style to say the least. There is a Kyuss vibe that is very listenable as well. Honcho keep on rockin and will keep listening..
http://www.honcho.no/