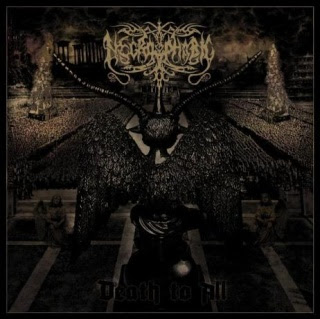 I maybe way off base here but if you like the more melodic black death of bands like Dismember and Dissection then Death to all will be a CD that will seriously impress you. Necrophobic are not a ground breaking force the are solid, catchy and write great Death metal music with Black vocals and a good dose of harmonies. The Swedes have always had a talent for this so Necrophobic being from there just makes scene. Its sad so see so many of the great Death metal bands of the 90's move away from the sound that made them all the more interesting. The guitars tones work so well with the driving Bass and Drum movements. The solos are what you want never over done but full of chops to make them killer to listen to. Necrophobic are not afraid to clean up the sound some times and add very flowing synth lines.It maybe guitar effects that add that synth sounds but the very much sound like synths. At times Necrophobic really make me relive my youth going to see Kick as underground metal at CBGB's and Lamours in NYC. I just can't say enough good things about Death to All. This is metal raise your horns high !!!! 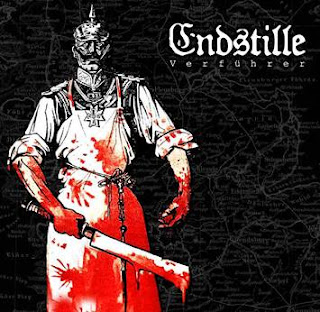 This German force of Black metal hatred is back with there 5th release I think it is. Its raw, ugly and ready to rip your head off. The Static and bass heavy sound fits very well with the War machine like sound that Endstille present. If your a fan of bands like Marduk mix with Xasthur then your coming into close terrority of what Endstille creates. The drums are relentless I keep waiting for the drummer to stoke out from how many blast beats per minute are going on here. Don't be fooled as there is an underlying melody but is kept muddy and more in the back to fill out the very extreme overtones of the CD as whole. This is Apocalyptic Black metal if I have ever heard it I would even go to say there are some very thrashy and punk elements that come and go through out the release as well but all good Black metal has a root element of dirty nasty punk rock. Not for the timid and just the way most of use like it. Keep the Corpse Paint Tru vibe alive its esp needed in this day and age. 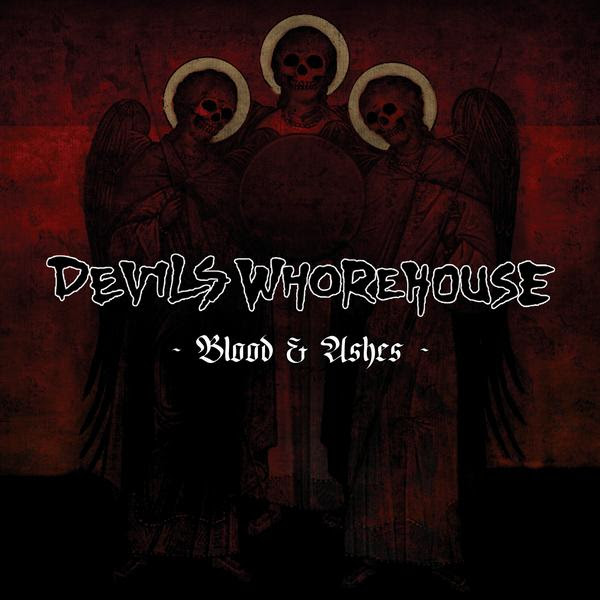 Ok I'm sure I'm going to shit for this but I think Marduk while on tour with Danzig got a major crush and Devils Whorehouse was born for an outlet so that Morgan of Marduk could have his Misfist/Samhain cover band... As Devils Whorehouse sound like those too band to the last note. I makes me smile a bit being from New Jersey as every kid has Misfits patches and we all had at least a few Misfits tapes laying around somewhere. I just crazy how much the vocalist sounds like Danzig to me. The songs on Blood and Ashes are fast metallic punk anthems for the 21st century I can see a new generation of Skate/ Surf punks falling in love with this band. I'll be the 1st to say these are great sounding catchy songs . I can see myself listening to this more then I like to mention. Devils Whorehouse will be my dirty little secret it maybe yours a well give it a chance and see.

So this is a band I have not heard of before I like going in blind with a new project . I lets me be 100% unbias on a review. If you like the Post Black metal scene this will kick you in the ass once more another very good band with that avant dissident sound I've come to love. This scream Moonfog records to my ears esp Satyricon and DHG in style and Ideal's I say it has a taste of Old Mans Child and Emperor in the symphonic elements that it layers through the very mid tempo dirty Black Avant sounds. It have that super verbed guitar sound with vocals that match. Horde of Hel are superb as the craft they create Let the pagan fires burn in the modern age my knights of the new dark age. They are going to be monsters in a scene that needs major stand outs now. Another fantastic add to the Moribund roster... Dodsferd is that band that will give you chilling nightmares from the moment you listen to what is created. This is a one man force made by Wrath. SO yes it has much in common with Buzums, Xasthur, Leviathan and Krieg in the solitary sickness , dispair and emptiness one feel with the utterly tormented vocals, icy/ ambient guitar tone a very minimalist drum style. Dodsferd had decided this time out to have but two very extremely long tracks. Suicide is a massive progression in a band that I always thought could be a leader of that black metal scene. You just don't normally hear this much Pain and Saddness in any music. I feel Suicide has a lot in common now with bands like Wolves in the throne room and Azrael now as well. Wraith is adding a lot of Post Rock and Avant elements that were missing before. The sounds of nature and pagan/ heathen rites seem to even flow into this. The most important journey we will ever have is that one after we leave this mortal coil. Dodsferd seems to be taking us on that journey early is all. One of the best releases of 2009 so far. 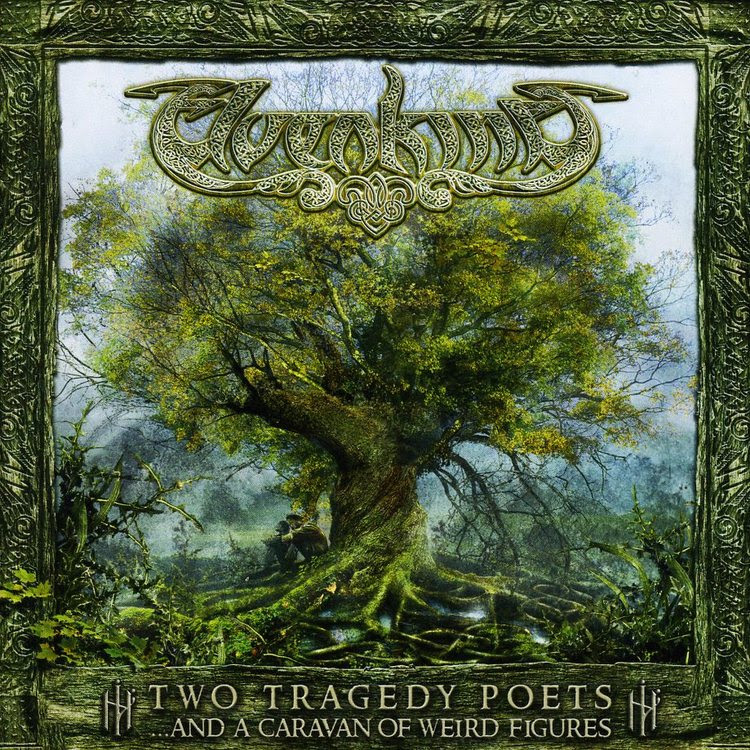 We now turn the tables 180 degree this has nothing to do with Black or extreme metal. Elvenking is Power, Celtic, Folk Metal of a very familar elk. Do you like Angra, Kamelot mixed with Skyclad and Subway to Sally to create a very fun musical journey to the days of middle age and middle earth.... The vocals are powerful , amazingly beautifully sung and the choir verses and choruses work so well with the clean stunning acoustic, warm bassline lines and the intricate drum and percussion work. These sounds are laid out like a storyteller would do in the days of old. The sound is massive to say the least. There is a good prog rock element at times too. I hate to call it metal but there are metallic moments. Its more like a grat hardrock background where the band can experiment with the most delicate acoustics then add some balls out moments. There are even newage elements that work so well with the over all presentation of Elvenking. Two Tragedy Poets could be an amazing play. Elvenking are you listening???

Medicore Metalcore with a female vocals with Dreads and a punk rock snarl and poppy melodic voice its like part In the moment and Otep but not a strong. I mean the songs are fine its just such a formulated band . Hey lets get some eye candy the guys will want to sleep with in the metalcore scene and put some over polished songs together that are not memorable at all. Ok 4 songs in and there the same thing just one more agressive and one is the ballad mix and we have song 3 then we go back to the pop song. The intros to the tracks aren't really needed. I've been on this ride to many times before. I'm done...