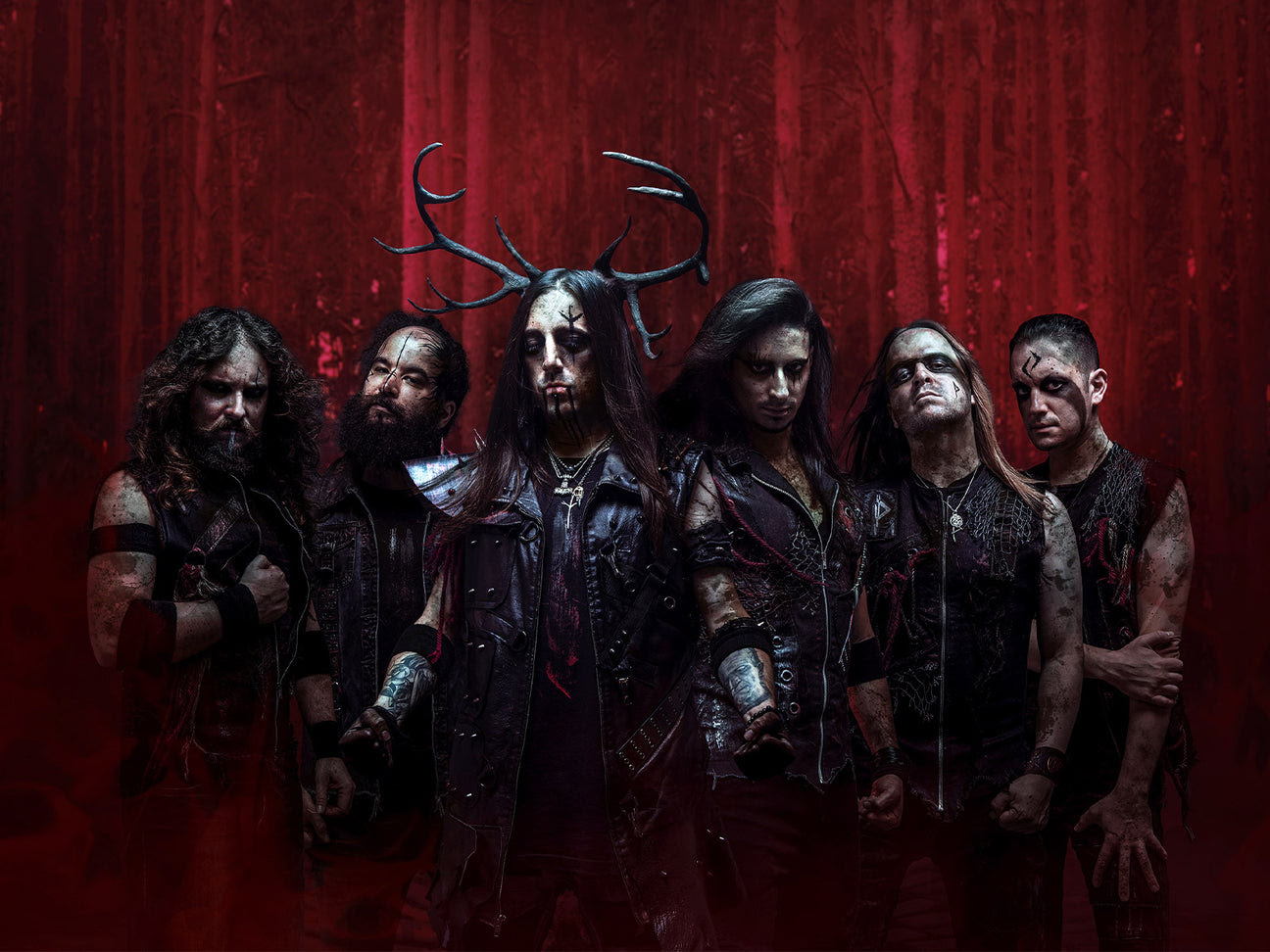 
1. Elvenking seems to be a strong mix of Power Metal, Celtic and Folk music. How did the project come to mix these sounds?
Well I wouldn’t be so “categorical”.. I mean our music embraces also these elements but we wouldn’t call us a folk power metal band…never! We have so many different shades in our music and it’s really hard to label it, I know that. Anyway we have always wanted to make strong and heavy melodic music and we had the idea of adding the violin which is not making folkloristic tunes all the time and stuff like that but it’s a great melodic complementary instrument for harmonies and lead melodies and we have always tried to melt its sound with our music at best.

2. To my ears your a newer project tell us how you came to work with AFM label.
Actually we signed a deal with AFM records in 2001 and since then we have released 4 albums plus the new acoustic one. At the time we recorded a demo in a professional studio and sent it to the record labels. AFM was interested in EK and so here we are!

3. Is there a theme or ideal to all the songs of Elvenking. I have a very Fantasy/ Fairtale theme when listening.
No, there are no fantasy-themed lyrics in our music, at least not anymore…and also in the past they have been a way to tell deeper things and express ourselves. Anyway our lyrics are completely inspired by our feelings and emotions… let’s say they are the perfect poetical mean to discharge and translate ourselves.

4. The vocals are very powerful on the release. Are the vocals key in Elvenking as with a lot of Viking or Folk Metal bands its more about the musical element.
For Elvenking, melody is the key. I mean a song can work perfectly but if we have the wrong melody on top we just discard the idea. Of course also the way the songs are performed and the interpretation and strength of the vocals is very important…I think you can hear that especially in our last two albums.

5. The Full package of Two Tragedy Poets (...And a Caravan of Weird Figures) -CD. Is amazing I feel that your image and music are on complete picture correct?
Actually this album is an experiment because usually we don’t play acoustic music, at least not all the time! We had this idea in our heads for many years and finally we have decided, with the support of our label, to make a full length acoustic album. It has been really interesting and stimulating and we’re gonna do a couple of these songs also live so at the end we’re pretty happy about this new thing we made. At the moment we are working on the next “regular “ album.

6. Will Elvenking be touring the US for this release or will it be europe only?
We will tour Europe at the moment. For the US it’s always difficult for the costs and for the fact that a good tour would take a long time..the US are so big and we’d have to find a good supporting slot for a bigger band in order to make it work and to promote the band at best. let’s see what the future will bring. In any case we played last year in Atlanta at the ProgPower Festival and the reaction of the crowd was so amazing that we can’t wait to return!

7. Your videos work well with the musical theme. Will there be a DVD coming any time soon?
No unfortunately there’s no DVD coming even if we’d really like to film a show and give it to the fans. We will shoot a video clip for the next album though!


8. Are the members of Elvenking Fans of the modern digital age or do you miss the days of old with Radio, Paper Zines and were you had to buy a full CD or Vinyl to get the album?
Personally I think that we have to embrace changes without fear. How could we progress as human beings and persons without changing constantly? I love when I think at those days but I absolutely welcome all that’s new..we’ll always have a good side and a bad side of it! With radio and paper zines you had less promotion but those were the days where people bought albums, nowadays you have more visibility but people downloads the cd’s!

9. As I have not heard much of Elvenking miss this fantastic new CD. Has the bands sound altered very much from the early days of band?
Elvenking has always tried to make a step forward with the music and every album shows a renewed face of the band every time. So yes I think that the sound developed a lot since the first albums but I think that you can always ear that it’s EK playing!

10. If someone that has not Elvenking before how would the member of the band describe the band to others?
I would describe it as fresh powerful and melodic music. And I would mention the violin as one of the features.

11. Tell us a bit on what a live show is live. Is it very theatrical or is it just the band raw and live on stage?
I think it’s a good compromise of the two things because we love the “raw” and rock’n’roll side of a live show but at the same time we like the theatrical and spectacular imagery that you can evoke on a stage.

12. Are there bands out there that are impressing you any lesser known bands you want to expose to my readers?
Not really..I’m listening to a lot of classics in this period!!

13. Thanks for your time any closing thoughts here
Thanks a lot Clint! we really hope that your readers will have a look at this interview and maybe have a listen to Elvenking. For news or for a taste of our music you can visit www.elvenking.net or www.myspace.com/elvenking