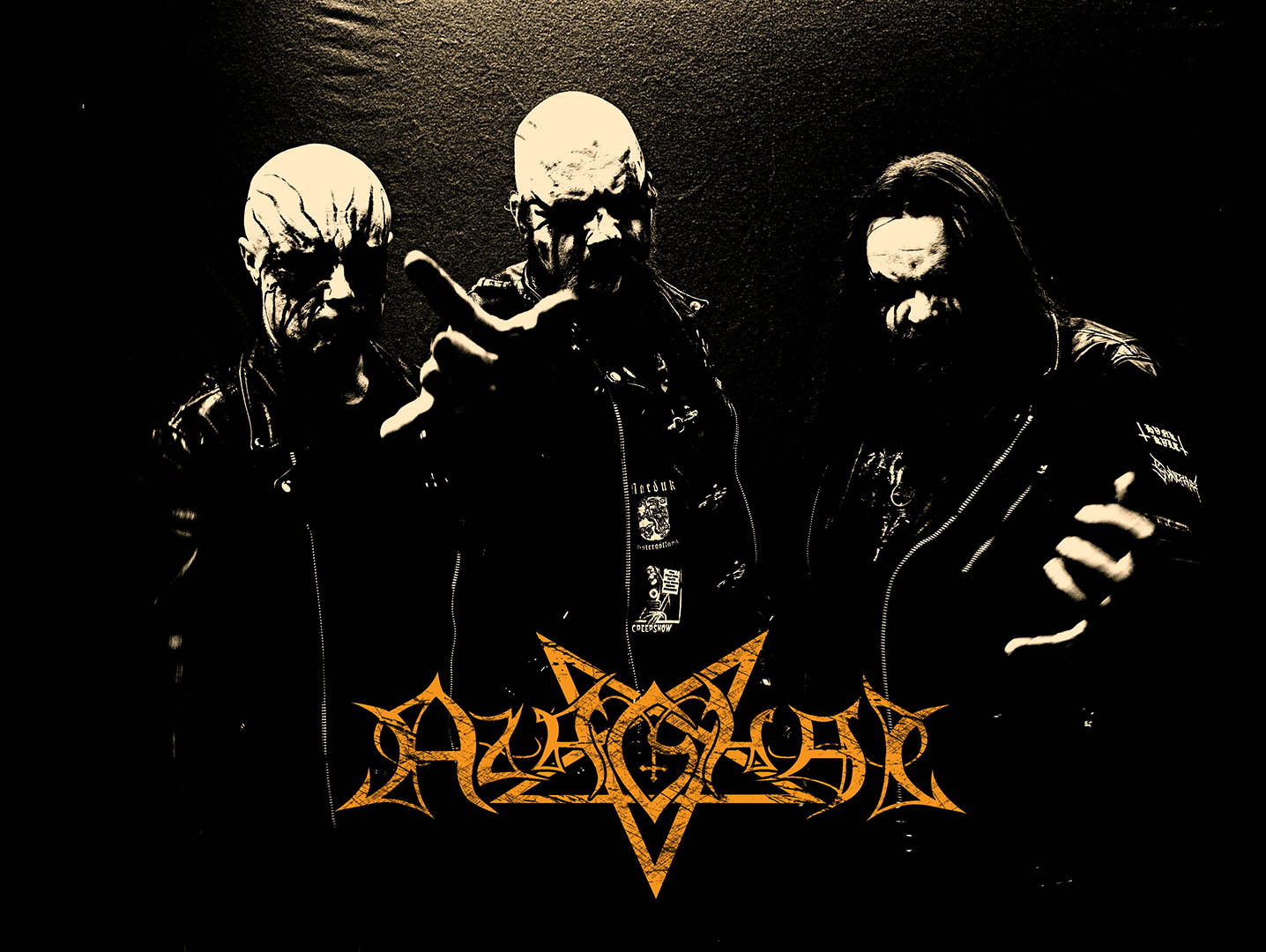 1. As I know nothing of this project please tell us about Azaghal in the band's own thoughts.

- Azaghal is a finnish black metal band started in 1995 to satisfy our inner demons. Our sound has since the beginning been highly influenced by the early 90s norweigian scene, and to this date we aim to create quality black metal that pleases ourselves instead of trying to be something hugely unique or different. For more detailed info, our biography is available at http://blackterrormetal.cjb.net or http://www.myspace.com/azaghalterrorcult

2. To my ears "Omega" is a very blistering raw feeling Black metal assault but with one hell of a great production. Is this important to the band to make sure the band sound strong and full on CD to get the message across.

- I think a great production is the one that's most fitting to the music at hand, we've had more professional productions than on the latest album and more primitive. I think the brutal and compressed sound fits "Omega" very well and takes the aggression and violence in the songs to a new level. So I think it's important to have a suitable sound and production, but it doesn't have to be hifi stuff.

3. Your working with the Mighty Moribund Cult how is that coming along the are the hands down best Black metal supporting label in North America for my worth.

- So far things have been great and the album is doing pretty well. The amount of promotion and time they invest in their bands is on a totally different level than with some of the labels we've been associated with before. So, so far so good.

4. I can see Azaghal has been together over 10 yrs and worked with many smaller but strong labels. Whats your thoughts on how " Omega" sounds vs the 5 full lengths before it.

- All our albums are slightly different, yet they all have the recognizable Azaghal sound I think. "Omega" is musically perhaps a step back towards our second and third albums, "Nine Circles of Hell" and "Of Beasts and Vultures", but taking all the elements of those albums to new extremes. "Omega" is in my opinion more focused than some of our past work, and I am still 100% satisfied with it.

5. Being from Finland a more isolated nation is it more difficult to get a black metal band especially a extreme and brutal one to be hard outside your nation that is much more well known for Doom and Brutal Death metal creations.

6. The Artwork for "Omega" is very unsettling can you tell us a bit about it and does it hold a part of the story for the release or just the mood of the music.

- The cover artwork is done by Naas Art. We had a song for the new album called "Tämän Maailman Prinssi" ("The Prince of This Earth"), and while I was looking for artwork for the new album I came accross the cover painting, and it had the exact same name, so needless to say we knew that it would be the perfect cover. The cover pictures the prince of this earth, the antichrist, the omega.

7. Azaghal seems to like to use synth work in te background as layering and texture do you feel if the electronic or synth element is in the front more it takes away from the aggression and darkness of the music.

- We haven't really used that much synths in the past, not since the 90s anyway. The synths might take some of the aggression away from the music, but I disagree with the darkness part, a lot of the old hellenic cults used extensive synths and managed to create some of the darkest and most occultic black metal ever. In the future we will most likely experiment with the synths a bit more, but they will never be in a dominant role.

8. The vocals in Azaghal are very gruff and gravel in sound and add such a great touch to what I would call a more complex guitar and synth arrangement. Do you feel the layering of sounds is what makes Azaghal so interesting to the listener.

- That's hard for me to say, it's up to the reviewers and listeners to decide what makes or doesn't make Azaghal interesting. I create this music mostly for myself, and as long as it stays interesting for me that's enough, I don't spend my nights analyzing different layers of it.

9. You hate the term Post Black metal because at time you remind me of bands like Krohm, Satyricon, Mayhem, Tulus bands I would say have that similar sounds.

- I don't care that much about terms, and I personally wouldn't call any of those bands you listed as post black metal. To me Post black metal is stuff like Amoseuors, Virus, Lurker of Chalice and Circle of Ouroborous.

10. To a band like Azaghal is myspace (as this seems to be your main site now) and digital promotion important or do you feel is about just the live show and making music for the cult audience.

- We use myspace mostly because it's very easy and convenient. I have no knowledge of websites or http or anything like that, so myspace is a very easy and fast way to post news to the internet. I can understand why many people hate it, but times change, there is no returning to the old letter writing and tape trading days no matter how much you try to fight new techonology, so you might just as well embrace it and use it to further your cause.

11. How does Azaghal feel black metal music and ideal has changed over the last 10 yrs.

- Well, yes and no. The mediums have changed, and black metal has lost its obscurity and most of its mystery during the years, but as long as the black flame and devotion still burn inside those creating it, it doesn't matter.

12. Thank for your time any closing thoughts place here

- Thanks for the interview.