Skip to main content
Posted by The DoorwayTo October 04, 2020

Iron Bonehead Artist The Path of Memory Interview is up 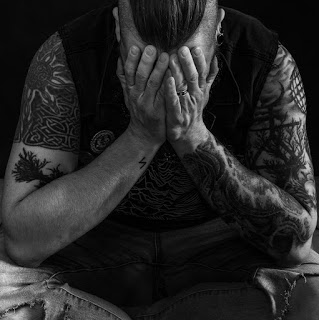 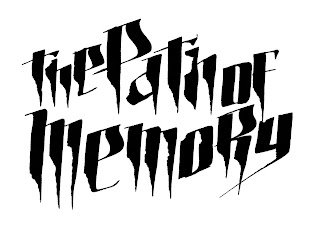 1. So tell my reader what does the name of the band mean to the sound of the album " Hell is other people" ?

The Path of Memory is, for example, a road you used to take a long time ago. To come back there makes some souvenirs and nostalgia. Hell is other people could be all the people around you during your trip, people annoying you and making the trip difficult.

2. I hear Gothic Rock, Death Rock, Cold Wave and some  Doomy and Sorrow filled overtones with  THe Path of memory. What bands influenced you? I hear bands like  Joy Division, Killing Joke, Canaan , The Empty Flow and even  The Cure at times?

I listen to many different music from pop to black metal and electronic stuff.

I started the project with no specific goals, and it became like this.

But I do love Joy Division and the Cure of course.

3. How did you get hooked up with  Iron Bonehead, a label very much known for  Black Thrash, Death metal and much more raw and primitive sounds.

I had already signed with Another band there and I saw he released a cool album like Rope Sect for example, I asked and it worked.

4. How does the artwork of  LP and  CD  play into the overall theme or the record?

I think the artwork looks like inside my brain, many things, some pictures but everything is a mess. It fits perfectly to the atmosphere of the album, chaos and despair.

5. I love the very reverbed and hauntingly clean and heavy guitar with those  Post Punk meets  Death rock vocals. Did the album come out as planned or did it morph into something different?

I started with the acoustic and folk tracks and then I added more electric guitars and drums, it was an experimentation at the same time. I'm playing very brutal music but this one was more melodic and calm.

6. If you could make a video off any track on " Hell is other people" which track and how would you want it presented?

I think Rancid song could be the one and I can imagine a video with the world destroyed and burning, chaos, storms, tsunamis, fire. That kind of stuff.

7. The band photo is of you alone with your hands over your face. Are we trying to keep The Path of Memory mysterious or do you want the music doing the talking ?

It's always cool to be mysterious but many people know who I am and it's fine.

I didn't start the band to be anonymous but I don't think my face will make the music better.

8. I love the  Americana/ Dark Folk elements that come across the record. It seems more striking to the more aggressive moments. Does this represent the Dark and Light within you and this project?

It's all about dark and light, without light the darkness can't exist. It gives more dimension to the music. I live my life pretty much the same way. Without bad, the good can't exist.

9. Where do you see The Path of Memory heading with future releases is this its natural course or are there musical surprises coming .

I can't say anything yet, we had some plans to play live but everything is cancelled of course. I don't know when and how it will start again, I have some ideas for songs now but nothing to reveal.

10. If you could  collaborate with any artist and record music who would it be and why?

I would love to work with big names of course but let's say, Chelsea Wolfe and kind dude for there voices ! Dave Grohl for his fun and drumming. I would like to work with Trent Reznor as producer !

Brian May for his amazing guitar playing.

11. Are you in Switzerland correct? Does this style of music have many venues or a strong fan base where you are? As there is a new wave of Death Rock/ Post Punk here in the US again in the underground.

I think this kind of music doesn't reach the popularity it deserves. It's kind of underground to me. Post punk or death rock show not very often here.

12. If you were asked by someone about to pick up and listen to " Hell Is other people " in 5 words how would you explain the albums sound to them?

13. Again I know many say this is not metal and it is clearly not but there are metallic elements and you're on a very metal focused label . How do you think the metal crowds will respond to The Path of Memory?

Today they can stand electronic music, folk music... I think there is a good part of the actual death rock fans coming from the metal scene.

Sorry for the catastrophic delay and thanks for the interview.

Keep informed and see you in the front of the stage soon I hope.