Skip to main content
Posted by The DoorwayTo October 03, 2020

Brutality in all forms can be beautiful to the right ears 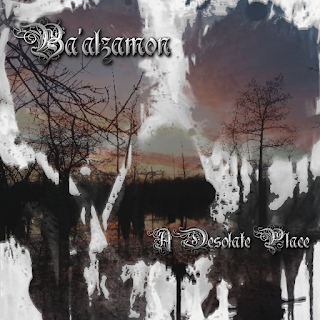 So Symphonic Black Death from Arkansas??? I wasn't ready for that. The album starts off with a horror inspired religious theme and then what do we get as it says very much a mix of  Cradle of Filth , Hecate Enthroned and Behemoth. Ba’alzamon is sad to say very much paint by the numbers. Its nothing wrong or bad just really heard this style 10,000 times before. I'm biggest suggestion to this album is maybe some separation in the instruments. It really has everything very hot and high in the mix I think there needs some more mids and the Guitars and Synths need to be spread a bit so it doesn't have that demo vibe so much.  These are strong well done songs. Just really has that  90's  Cacophonous Records sound for sure. I feel Ba’alzamon maybe a grower for me as just need to get used to the higher end tones on this album. I do love that 90's  Blackened Death with heavy symphonic elements. 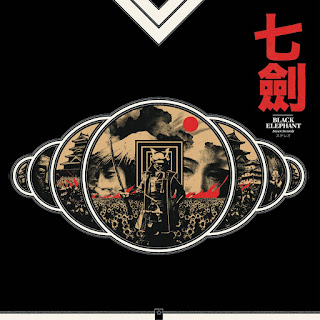 Black Elephant -Seven Swords-Digital/ Lp/ CD ( Small Stone)
2nd album by this fuzzy out heavy and bluesy as fuck heavy rock experience. I feel elements of Kyuss, Fu Manchu, Solace and Atomic Bitchwax in this driving and catchy as hell release. It's got those  Deep purple, Sabbath and Mountain huge riffs going on as well . There are for jammy Cream and Hendrix elements and then it will go Space rock and Post Rock at times too.. I hear a lot of Mogwai and Caspian going on through out this beast as well.  Blues and Fuzz are the core of this album and it does not disappoint at all. The more I listen there is Red Fang  and Older Monster Magnet going on too. Black Elephant this style that is very hit or miss and with Seven Swords this is a huge hit and making me smile on this twisted odd ball journey.
https://smallstone.bandcamp.com/album/seven-swords 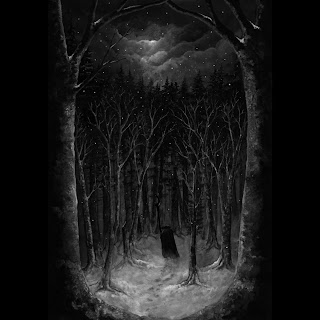 Paysage D'Hiver -Im Wald- Digital/CD ( Kunsthall )
So as I'm not in the loop with Paysage D'Hiver this is a Swiss Noisy Post Atmospheric Black metal band that reminds me a lot of what is going on in the Northwest  and Midwest of USA for extreme black metal right now . This seems to be the 1st release since 2013 and they came of with vengeance on this one. Harsh, Ugly and Droning all while having that Atmospheric/ Spacial tones. The vocals are buried in the back scream and clawing the way to get to be heard and this is very much on purpose and works so well on the overall tone and feeling on the record. Xasthur, Blut Aus Nord,  Drudkh and Wolves of the throne room are really coming out strong on this album.  You can feel the pain and regret through out music like this it's about releasing the negatives from you or maybe taking them all and making you stronger. Paysage D'Hiver have been doing this since 1998 and folks this is a power record indeed and an underground Black metal force you should be checking out .
https://paysagedhiver.bandcamp.com/album/im-wald 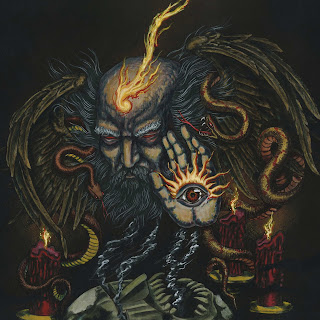 Aleynmord-The Blinding Light- Digital/Lp/CD (AOP Records)
Well More bands from Portland, OR and with Aleynmord we mix  Post Black, Black Gaze, Pagan Neofolk, Occult and  Darker Spiritual elements into something that is like Panopticon, Lustre, Ghostbath and An Autumn for crippled children. Then I would mix in noisy post hardcore elements of bands like Oathbreaker, Deafheaven and Cult leader stir and were getting somewhere here. Aleynmord is all over the spectrum light to dark, Melodic to Oppressive. I love the total Neofolk/ acoustic interludes as they are moments to prepare for the next war within that is about to begin and you know its about to begin. The vocals are so Ghost bath in nature and that is what gives it that very unsettling twist as well. The Blinding Light is an album you experience and do not listen to lightly ( no pun). At times there is even a very Post Punk/ Death Rock element to all of this . I don't want to stop listening but I have more to review.. Your turn to be spell bound by Aleynmord. 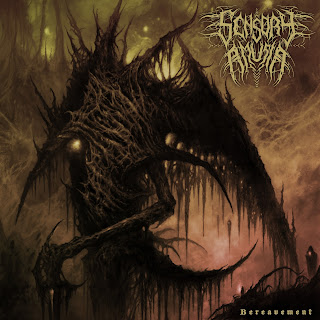 Sensory Amusia -Bereavement- Digital/CD  (Lacerated Enemy Records)
Brutal, Razor sharp and Stunningly Technical Death metal going on here. With crushing groove and bass lines and snarling powerful vocals. The guitars are what is pulling it all together as its mix of  extreme thrash, That down tuned  7 string sound that bands like like  Nevermore and Meshuggah have.  This 3 piece from Australia  Just know how to mix Djent, Power/Thrash, Darker tones and Death metal into something that just talks to you as you go along on this ride. The great thing about  Sensory Amusia as its never over the tone Tech and it adds amazing runs and catchy elements that pull it back in when that roll coaster moment just made you drop your jaw. I get the  Aborted and  Job for a cowboy a lot here even Gigan and  Wormed. This really is making my head spin with the level of skill and arranging that is going on here with just a three piece. Sensory Amusia you just keep doing what you do and I'm be here loving and respecting it .
https://laceratedenemyrecords.bandcamp.com/album/sensory-amusia-bereavement