Skip to main content
Posted by The DoorwayTo October 11, 2020

Expand your aural experience with a few more reviews 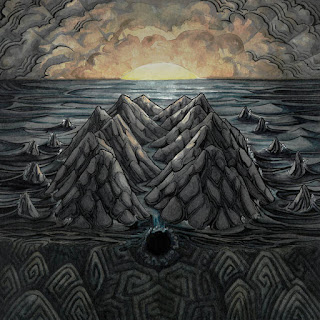 Hieros- Triduum- Digital EP- ( Mourning Light Records)
This group is from  Ohio and giving us a three song release that mixes  Viking, Black and  Thrash with a bit of Folk and progressive elements into something that does remind me at times  Enslaved,  Twin Obscenity, Mithotyn and Unleashed at time. There is a strong  Viking/Folk sing along vibe going on here and most of the 3 tracks are in the Melodic  mid-tempo vibe and when they do speed up its still very catchy and keeps that harmony going on. The most Black metal thing about Hieros are the vocals. Otherwise this very much a Scandinavian Viking/Thrash band with some killer Swedish Melodeath elements. Hieros is definitely onto something here and with just 17 mins of music I look forward to hearing more of Patrick Kerns creates.
https://hieros.bandcamp.com/releases
https://www.facebook.com/MourningLightRecords 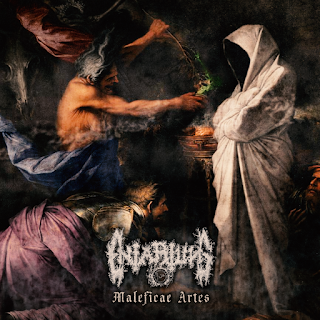 ENTARTUNG -Maleficae Artes- Digital/LP/CD (Dunkelheit Produktionen)
I know to many Black metal is this harsh and ugly style and sounding extreme metal but to me most of the time I hear melodies, lush elements mixed with the cold, distant and ugly sounds and with  Entartung out of Germany I here Melodic Atmospheric Black Metal and it sounds epic and beautiful is so many ways. There is a challenging , thought provoking progressive element to all of what I'm listening to. I has these hook grabbing dissident sounds that just draw me to it and then the chaos and raw brutal side is what makes it fresh and interesting all again. There are strong Occult themes going on here as well. There is a strong mix of 90's 2nd wave Black metal , Atmospheric, Punkish Thrash and that Progressive early Death metal going on all at once here. Just another record that is really making me enjoy the full listen. Keep doing what you do it's working. Love the folk touches as well just another layer in with the ambient tones that keeps me going from track to track and then damn it's over.
https://dunkelheitprod.bandcamp.com/album/maleficae-artes 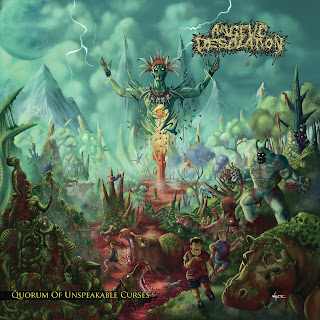 Angelic Desolation -Quorum of Unspeakable Curses- Digital/CD (Self-Released)
Out of  Denver CO. Comes this four song Ep of what I can best explain as Tech Death/Grind with some very complex time changes and that guttural grind vocal experience. There at times goes in what I would cal Gore/grind but there are really just tastes and hints of it. There is a super catchy element again to this . The mosh and slam grooves are strong here. There will be pits when Angelic Desolation plays that is for sure. There is more then just extremity too. The riffing and drumming are very inventive and creative and keeps you on your toes. The production is thick and mix in a way its big enough and the drums are very raw that it keep that grind and more brutal death tone in tact. Angelic Desolation you cross the realms of  Brutal Death, Tech, Grind and Proggy and seem to hold it all together. Nice work indeed.
https://angelicdesolation.bandcamp.com/ 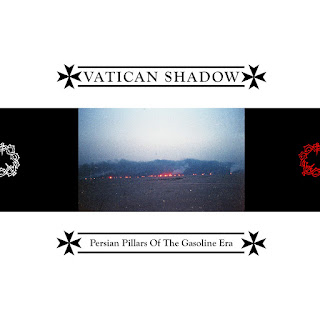 Vatican Shadow- Persian Pillars Of The Gasoline Era- Digital/LP/Tape/CD( 20 Buck Spin)
So this is a one of the visions of Dominick Fernow (Prurient, Hospital Productions). The Dom I have known and heard over the last 25+ yrs has always been inventive in what ever genre creating idea he has with Vatican Shadows we are going in though Ethno ambient, Trip hop, Odd electronica and some darker beat driven movements. I know Justin Brodrick on ( Jesu, Godflesh and Final)  can on board to master it and with that I wonder if he help the over all sound and idea even more as it has a very  Final feeling to it mixed with projects like  Lustmord, Rapoon, Ulver, Troum and Robert Rich in many ways. There is a dark droning feeling at time but  the very eastern elements come through and then give it a Muslimgauze and Shinjuku Thief overtone as well. This could be on labels like  Metropolis, Soleilmoon or Hypnos just as easy. I love the driving rhythm's, odd electronic, Deep bass and those Ethno ambient elements so much. Make me long for Some of those older releases on the labels I talked about. Impressive most impressive.
https://listen.20buckspin.com/album/persian-pillars-of-the-gasoline-era