Skip to main content
Posted by The DoorwayTo September 06, 2020 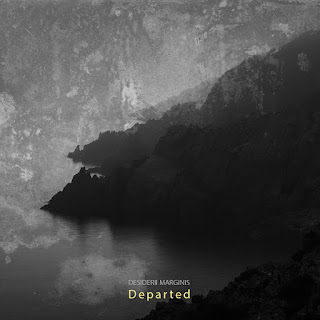 Desiderii Marginis - Departed- Digital/LP/CD ( Cyclic Law)
This will be Johan's 10 release under the name Desiderii Marginis and it feel's like calling it Atmospheric Dark Ambient just so limiting. There are drifting and ethereal sounds through out. A Darkness that comes from the deeper tones and very dense layers that are fed to us through out  Departed.  The haunting and isolationist feelings that comes from the way the album is arranged is second to none as well. There is almost a harsh and blackened minimalist tone to the album as is goes within it's course. The occult aural elements are very much in tact here as well. I really want to call this  "Occult sinister Dark cinematic experimental music" and it seems more fitting to the release as a whole. When experimental modern music is this expressive. It will attract a greater audience then just using the term Dark Ambient . Desiderii Marginis is really so much more and deserves the exposure I'm trying to give it. If you want the 3 Bonus tracks you will need to score the CD or  Digital version's. At the end of the day I would not be uncertain that this is what it feels and sounds like as you leave this mortal coil for the next. Stunning release indeed.
https://cycliclaw.bandcamp.com/album/departed 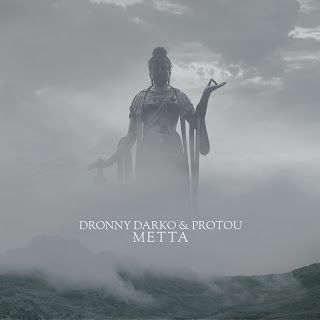 Dronny Darko & Protou- Metta- Digital/ CD ( Cryo Chamber )
This would be the second collab of the two and with this one it comes on similar terms to the listener. Are you fan of Ethno Ambient with a very  Eastern Spiritual element coming forth from the speakers. The more I listen to this the more I hear elements of  Rapoon, Steve Roach, Maeror Tri and Muslimgauze. Nature and Ethereal vibes are really what I'm getting from this release. It is  very meditative to say the least in it's over all presentation. All of the tracks range from 10 to 20 minutes long and truly build as they take the listening to other realms of different emotional experiences. There are some stellar minimalist dark tones mixed in with everything else I'm speaking about as well. There is never aggressive but there is a heaviness and maybe a more grey tone to what going on through out the tracks. I don't often use the term breathe taking to describe a releases but I think this is a very good visual of what is coming to the listener. Another Cyro Chamber release I highly recommend.
https://cryochamber.bandcamp.com/album/metta 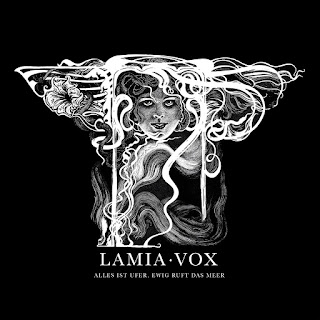 LAMIA VOX -Alles ist Ufer. Ewig ruft das Meer- DIGTIAL/LP/CD ( Cyclic Law)
Eastern and Spiritual elements run high in the themes of many releases I'm reviewing today. This sits more in tune with  Neo Classical, Ethno Ambient and World music for sure. Are yo fan's of  bands like  Sanctum, Arcana, Aghast all from  Cold meat industries label as well as feelings of bands like  Rajna and Dead can dance for that World and Ethno element. This is as expansive as it's minimal and mysterious in take and tones. Lamia Vox are a shock to the system with the haunting  whispered and Angelic vocals that are coming from the speakers with music that is very much in tow with all the bands I just mentioned. I would even say there are elements of Lycia going on here and that is a total term of honor and respect as that otherworldly statement will and should come up when listening to Lamia Vox. This is not an album you can listening to in passing need time to explore and digest what you are hearing and experiencing with that I leave you for magical journey that will challenge as much as inspire you.
https://cycliclaw.bandcamp.com/album/alles-ist-ufer-ewig-ruft-das-meer 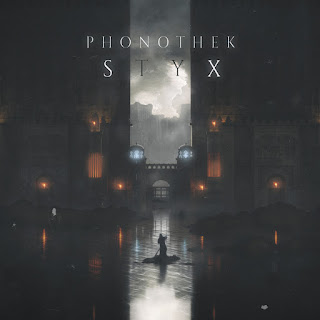 Phonothek-Styx- Digital/CD ( Cryo Chamber )
The third release by Phonothek and this a theme based on traveling the river Styx between the world of the living and dead. Musically what we have hear remind me lot of bands like Ulver & Bohren & der Club of Gore. I want to call this  Post Industrial Electro Jazz. There are also Darker ambient elements as well as some very interesting Cinematic sounds and elements going on through out the album. Phonothek at times is very calming and reflect and other times there is a heavy and darkened tone to it all. They play of the two very very well. I would think you could have heard this kind of style at speak easy's late at night in the 40's and 50's of the 20th century sans the electronic layers that make this very creepy at times.  Maybe a better term for Phonothek is " Demonic Ambient Jazz". Ok I'm leaving on a high note with this one. Listen and be awe struck.
https://cryochamber.bandcamp.com/album/styx 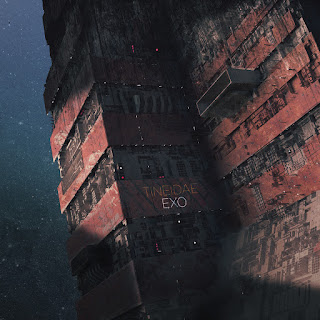 Tineidae- Exo- Digital/CD (Cryo Chamber)
Where the other records came from a more spiritual place Tineidae comes from a very Sci-Fi and Dreamy kind of location. I want to to say this would fit very well into a dark or hard  Sci-FI movie so again the cinematic/theatrical ambient and post industrial sounds are strong within this release as well. The lonely side of space mixed with the hope of what tomorrow can bring is very much what I hear in the soundscapes within Exo. You could hear this at a planetarium and again feel very much at home with it before the presentation begins. Read the amazing Sci-fi story backdrop on the Bandcamp about this release and let you mind drift into something that we all need amazing fantasy in an age with so much strife and struggle.
https://cryochamber.bandcamp.com/album/exo