Skip to main content
Posted by The DoorwayTo January 23, 2020 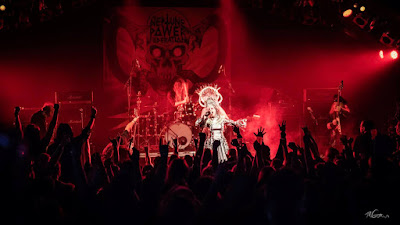 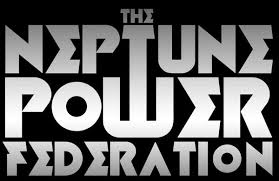 1. This band is a mix of Proto Doom, 70's prog Rock, 80's metal/ Hard rock  and Theatrical Magic how did The Neptune Power Federation come be?

The mortal version of the band began with just a few friends jamming on some vague hard rock / proto metal ideas. Then we were blessed with the arrival of an inter dimensional witch queen and the band as we know it today took off.

2. In the land down under is there a strong Retro Heavy rock/ metal vibe going on like USA?

Not as much as we’d like to be honest! You’d think with the rock heritage of our country there’d be more but rock and metal are very niche here. There seems to be HEAPS of good stuff coming out of the US though. I just stumbled onto a band called Love Gang the other day and can’t stop listening to them.

3.  Is there a theme behind Memoirs of a Rat Queen?

Each song is a diary entry from some of the numerous lives lived by the Imperial Priestesses here on earth. So it is kind of a chronicle of her struggles and triumphs throughout human history and how they were intertwined with historical events.

4. I see you have several releases this being the 1st for me  how do the others differ or is this just a natural progression?

I think there is a noticeable difference in each album though an old school vibe is common to all. The new album had a big focus on groove and melody, with a lot of 70s influences not strictly from the metal/heavy rock world.

5. Video's , Image and Visual seem very important to a band like  this . How do these things change the overall aesthetics of the band?

We’re quite isolated from the rest of the world so I guess videos are important to help spread the word. We’re very big on presentation and endeavour to implement grand ideas whether that be music videos or stage presentation. We like to bring the stadium rock vibe to dive bars.

6. In 5 words for someone about to listen for the 1st time describe The Neptune Power Federation?

7. I hear  elements of Heart, Jess and the ancient ones, Sabbath Assembly and Ides of Gemini  what bands have inspired you?

Heart are great and a good example if those non-metal influences I mentioned earlier. In that vein I also look to stuff like T-Rex, Queen, Jim Steinman and Ian Hunter for inspiration. Mix that in with your essential heavy stuff like Motorhead, AC/DC, Sabbath, Rainbow plus a bunch of obscure early 70s acid /psych/space rock stuff  and you have the basic template.

8. The Video for " Watch our  Masters Bleed" is very Theatrical i was wondering what you want people to get from this video and is this a theme of future videos?

That song is about taking matters into our own hands with our wealthy overlords. The next bunch if videos will be from our next album which will be a collection of gothic love songs. So I guess I’m saying prepare for different things!

9. Cruz Del Sur how does a band from Australia hook up with label from Italy and how is the partnership going ?

We meet Enrico in the green room at Hell Over Hamburg last year and pretty much had a gentleman’s agreement by the end of the night! Which was straight forward as Enrico is a gentleman. He/ They have been absolutely great to us - we couldn’t be happier.

10. Studio or Live where do you feel the creative juices flow more for the band?

They both have their place! I love mucking around in the studio and adding all the little bells and whistles, background textures etc. But a lot of what makes the band tick is our live show where the Priestess and Search & Destroy take shit to the next level with no safety net

11. Digital PR, Digital Releases, Youtube  and Postcasts how has this changed the game for underground extreme music?

I’d have to say positively! We’d still be an unsigned underground band playing in Sydney bars without it. As a fan, I love diving into the underground rock scene and am always finding cool stuff. There’s downsides too  but overall if you use it properly, it helps you out a lot.

12. What bands are turning the members of  The Neptune Power Federation on currently?

13. You could cover any song and make it The Neptune Power Federation which would it be and why?

There are so many!! We are recording some more covers right now for a couple of 7”s and we plan to release a whole album of them in the future. I’m going to say Barracuda by Heart since you put them in my head earlier!

14. If the band was to send today what do you want to be remembered for?

15. There is another female fronted Australian band called Pagan that hit my radar in the last year do you think your nation musical scene is getting the international respect finally? We we all know AC/DC I get that .

Yeah Pagan are great! I actually feel Australia is regarded pretty well for its rock bands overseas, even better than they are at home ironically. For a long time the good ones have needed to leave the country to really get the credit they deserve. Airbourne is a great example.

16. Thanks for the time any closing thoughts here .

No worries Clint - we’re stoked the band is getting heard all over the world.