Skip to main content
Posted by The DoorwayTo September 21, 2019

5 new vessels from Fragile to Fury ... 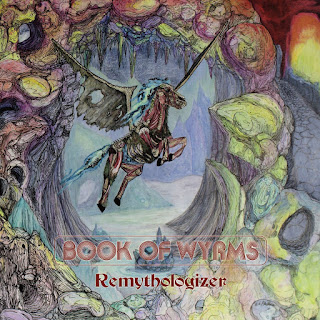 Out of the Mid Atlantic area of Richmond VA comes Book of Wyrms a very bluesy sci fi inspired  Traditional Doom Rock meets Space rock force. The Vocals of Sarah remind me very much of bands like  Madder Mortem,  Blood  Ceremony,Mourn and Ides of Gemini.  There is a very beautiful and seductive over tone to the music that makes it Darkly appealing the vocals are much more that powerful Stoner /Traditional Doom fair.  I would even say at times they remind me of  Jess as well from Jess and the ancient ones. I really like the Proggy Space rock of the 70's meets the Doom over tone as well some very cool early 80's heavy metal. I hear early Heart in what they are creating too. Finally those damn organs with the heavy guitars and driving drums and bass lines it truly is infectious.  Sometime Catchy, Dirgy and Bluesy works and with  Book of Wyrms it's got the mix of all the right elements to just be a major event in the making. Lets see with this  band journeys to next.. 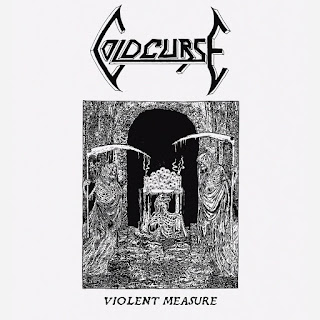 This California sonic ass kicking is a mix of  Hardcore/ Extreme Thrash/ Swedish Death metal  and Crusty Punk all mixed into a 10 mins fist to the face. these four tracks make me want to start a circle pit of one. They are powerful and pissed off. It has a very buzzsaw meets Dbeat element going on here . Imagine for a moment Entombed meets At the Gates with heavy moments of  His hero is gone and Nails thrown in for good measure . Then out of no where comes that Kreator meets Sodom Thrash attack.  All I know is I want some damn more A.S.A.P. Get me a full album already its been a week since I started listening to this Crossover extreme core band and I just keep thinking live this band has to be a wall of  F***.... 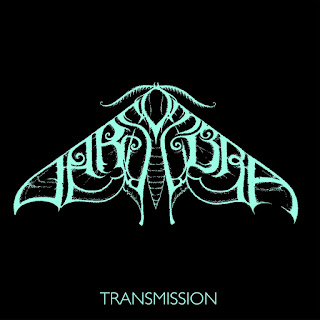 Avant, Experimental Prog Duo from Baltimore have just given up a one track 41 minute journey is to the other side of oddity, mysterious and down right strange of the what I have to call an Art rock record as I just really don't know were else to go right now as the closest things this is coming to is  bands like  WHEN, Kayo Dot, subarachnoid space, US Christmas , Yakuza, OM, OVO etc. This more an experience then just music they are on there fifth album and have been on such labels as as Translation Loss, At a Loss and Exile on Mainstream. What we have is odd and twisted proggy and spacey guitars, bizzare white washing and droning synths, hypnotic vocals and tones  and that is really just the begining the also remind me of   Wolvserpent as I listen to it more and more. I'm going to leave the review with this . Odd and Strange can be wonderful and  DARSOMBRA this is you to no avail.. 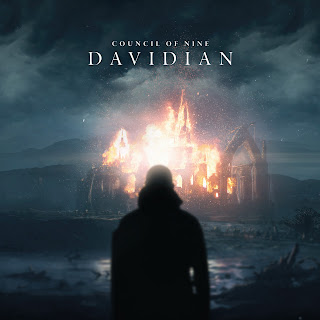 Max Oliver make some of the  darkest and dreamiest  Cinematic  ritualist Dark Ambient soundscapes I have truly heard in my 40 + yrs in this world. While Council of Nine is uplifting at times there are many places it's just a chilling and unsettling to say the least. I love the icy and distant drones, rumbles and very minimalist orchestral movements that gone on through out all of his releases. I feel this has very much in common with artist like  Sephiroth, Protaganist, Coph Nia, Sleep Research Faciluity and Raison De Etre. Council of Nine makes soundtrack for theater and films that just are clearly and sadly never made. I hear so much of  Ulver in his creations as well and it just keeps going deeper from there. The composition of every track has so much emotion, detail and soul in it. You are almost impossible to not be drawn in if you give them the attention they deserve. I will leave you with this . Cryo Chamber is a label where the artist have similar Ideals that go to very different sonic landscapes and you can not go work with the world that Council of Nine has ,is and will continue to take us. 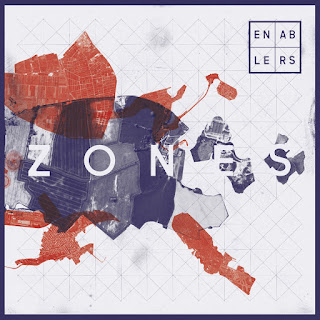 A San Fran Band I have really been impressed with since I heard the 1st title almost a decade back now . This isthe sixth release and  shame on me it been out since  June 2019 and I'm just getting to it . What happens when you are a one man zine and get 40 albums a month to review..  Enablers are every thing I love about  Noise Rock, Avant Rock , Post Rock and Heavy Indie rock . If you love bands like  Jesus Lizard, Polvo, Slint, Rodan , Paw, Oxbow, Sonic Youth and Morphine this is the band for you . They are so stunning in presentation, arrangement and mix of fragile and oppressive. The spoken word vocals just comes to me in way that gives me chills its that simple .We don't really need to play games here .There are just some " IT" bands for people and  Enablers is just one of those bands for me . The mix Post Rock,Jazz, Noise Rock and Left of Center Indie rock like no other band currently and there will be an empty void when this band is no more. So find them check them out so we don't have to worry about that for years to come. Stunning and Stellar are words that can be used for all their albums. Now get on it and get all six albums !!!!!