Skip to main content
Posted by The DoorwayTo May 30, 2019 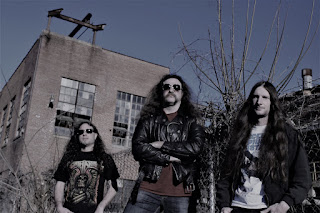 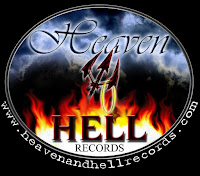 1.  Eugenic Death has that amazing 90's Razor sharp extreme thrash sound . Was this always the mission from creation?

2. The Production is so powerful on " Under the knife" you can hear everything . Was the producer or engineer in mind when recording or is the band that on top of their studio game?

We Chose John E Wooten from Widow for this project. He was our primary engineer and had a lot to do with how the mix sounds. We chose him because he is
familiar with all kinds of metal.  The guitarist, who was also the producer on this album,  was in the studio the entire time to make any suggestions if necessary. We wanted to make sure everything  was perfect.

3. The album cover reminds me of those old school, Sodom, Atrophy, Destruction and Kreator covers . Where you going that direction that German old school thrash vibe?

I wouldn't say we were going for a certain style from any particular  region. We've always liked the "thrash" style of artwork. We wanted to go with something
that was somewhat realistic and that jumped out at you when you looked at it.  The artwork on our first album was more raw and cartoonish, which was fine because our first album was pretty raw in sound.  This album is on another level so we wanted artwork that reflected that.

4. The vocals so remind me of Testament meets Slayer . Who were your vocal influences?

5. Is there a theme or story behind " Under the knife" if so tell us about it ?

The song "under the knife" is about growing up with a mother who was terminally ill and had an opioid addiction.  It's about how instead of
finding ways to control the illness and stabilize the patient, doctors used harmful drugs. The illness was exacerbated as a result. She went through hell for years, when she didn't have to.  In the US, you receive medical treatment that reflects your financial position. The Rich receive the very best of care, while the poor receive the bare minimum. If she was in a different social class, she would have been looked after, she would have been stable, but instead, she died at the age of 42.  True story..
This is why we named the band "Eugenic Death" Eugenics is far more than what you'll read about on wikipedia. Eugenics is class warfare.

6. North Carolina is there a strong Thrash metal scene there I know NYC, LA, Sanfran, Chicago have grown again in USA?

I would say NC has a pretty good scene in the bigger cities.  Chicago, Baltimore, San Francisco..Thrash metal is very alive in those areas.  I saw Demolition Hammer in Chicago in 2016 and again in Baltimore last year. It was like watching those old 80's videos of thrash bands, only I was there.  The entire place was moving, the pit was out of control, just like the old days.

7.If there was one song you could cover and make it Eugenic Death . What track and why?

I'd probably want to cover Fake Healer by Metal Church. It sticks with the overall theme of the band and resonates with me. It's also a killer track, I love everything about it.

8. I know almost nothing of  Heaven and Hell label tell us how you came to work with them and how has it been to now

Our lead singer "Keith Davis" reached out to them. They ended up at a couple of shows we were playing and before too long, reached out to the guitarist and talked about a record deal. They're pretty great to work with. They're very supportive of the bands they sign and they work really hard to push your music. They don't just leave you hanging.  Jeremy Golden, who runs the label, is very passionate about what he does. It's not just a business to him, it's a hobby, it's something he enjoys. Which is a good thing, because at the end of the day, it's not just about sales and making money, it's about the music. That's something that's missing from the music industry.

9. As " Under the Knife " is my 1st real listen to band .I did want to ask why a 7 year gap between last album and this?

It costs a lot of money to record an album of this caliber.  We spent thousands of dollars to be sure everything was how we wanted it to be. That would be why.
10. If there were 3 band you would say made Eugenic Death the band they are which 3 would that be?

I would have to say, Megadeth, Demolition Hammer, Vio-lence

I think the digital age decreases the amount of money you can now make as a band.  For me, I'm primarily interested in getting the music out there. Formats like youtube, Spotify, is a great way to do that.

12. If a Bigger label like  Nuclear Blast or Century Media or even a Season of Mist came do you feel that would change anything or is Heaven and Hell really a perfect label for a band like Eugenic Death?

I think it would depend on the contract. With Heaven and Hell, there is a lot of freedom. Everything is pretty much on your terms if you chose to go that route.
There's no one telling you when to tour, what to write, which studio to record in, which producer or engineer to use.

13. Do the members of band have other projects they would like to tell my readers about ?

There's really nothing worth mentioning

14. If you could make a professional video for any song off " Under the Knife" which would it be and why ?

I'd probably chose to make a video for "Under the Knife". It's the tile track of the album, and the viewers would get a good idea of what the album and the band are about.

Thanks for reaching out for this interview.
Be who you want to be, don't settle for what you're told to be.