Skip to main content
Posted by The DoorwayTo November 09, 2016

Mutiny Records Artist Dream the Electric Sleep Interview is up 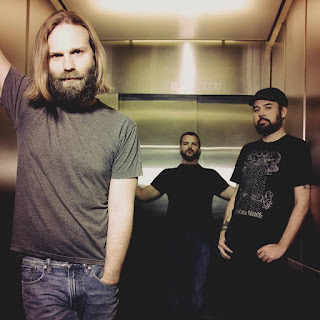 1. I really am interested how did you come to mix Indie Rock, Post Rock, Prog Metal and Emo music into this monster known as Dream the electric sleep ?

It really grows out of each member bringing their interests to the band and each of us finding space for the others sound. We never set out to sound like anything specific but rather allowing each members voice to shine through.

2. Your Based out of Kentucky as i read there are three bands I love out of that State  Slint , Rodan, The Rachels you seem to have influences from all 3 of them. Is there something about the Lexington area that is a birth of Post Rock and Heavy Prog music love?

I don’t know, that’s a good question. We sort of live in our own little world in Kentucky and I think that breeds a certain sound. Its an isolated state but still close to a lot of bigger cities. As a band, we have also been pretty isolated. We have been working on bringing together the sounds we like without really paying attention to where the sounds are coming from culturally.

3. I also hear major elements of Porcupine Tree,  Neurosis , Sense Field and Anathema in your music. Prog and Metal seem to be really a wonderful marriage in the last decade or two why do you think these sounds are kindred spirits?

I think both genres have the potential to challenge popular song conventions and pride themselves on rebellious thought and subject matter. Both are also invested in challenging oneself as a player. I guess both genres like to push against norms and that is where they meet up.

4, Being a brand new band to this writer where did the name Dream the electric sleep come from?

We actually just a had a long list of words we liked and we started putting them together in another list. Dream the Electric Sleep caught our eye and it passed the no-other-band-is-using-it criteria! Coming up with a band name now is pretty tedious. I think it take 6 months to find a name we all liked… I am glad that is over!

5.I understand this is your 3rd album how do the other two albums differ from "Beneath the dark wide sky"

I think our other albums were more experimental. We didn’t know exactly what we wanted so we were trying a lot of things to see what stuck. BTDWS is a more deliberate album. We had a tighter vision for it and I think it feels more cohesive. I do like the experimental nature of the other albums though and I think we hope to return to that spirit more on future efforts.

6. You have 3 impressive video for the album as well. Do you feel visuals and videos are the best promotion for band in 2016?

Videos certainly spell out the song a bit more and draw new people in though it is not may favorite thing to work on. I really am a musician at heart and I am mostly interested in making albums. In this industry now, you have to do so many non musical things. Some people love it. They love the extraneous “brand” building.
We really care about the music we make most. That doesn’t get you very far these days unfortunately.

7. Tell us a bit on how you started working with Mutiny records as why the move to new label ?

We were looking for a non-traditional label partner and a mutual friend hooked us up. They are a new venture and we were looking for something new in this very tumultuous industry. I think they have the industry know-how and forward thinking we needed.

8. Is there a story behind or theme for the album " Beneath the dark wide sky"

“Beneath the Dark Wide Sky” is inspired by photographs taken of the Dust Bowl in the 1930’s by American photographer Dorothea Lange. Lange worked for the United States Works Progress Admiration and hoped her photographs could be used to educate the masses (via photo essays in major news publications and magazines) to the poverty and desperate living conditions of thousands of farming families and migratory workers who lived and worked in the drought-struck American Great Plains. Lange believed photographs had the ability to shine an objective light on issues of social justice and environmental degradation and could be used to persuade and motivate social and political change.
Much of what motivated Lange motivates me as the lyricist of the band. How does art inform the way we understand the world we live in and can it motivate us to challenge and change our assumptions? I am not sure there is an easy correlation, but I am very interested in those who try to bridge the gap between art and life.


9. What is the different between album cuts and The Band playing live are the songs arranged differently or is it very similar to album?

We play the songs pretty close to what you hear on the album with a few extended parts. We play as a 4-piece live so we are able to bring in some of the layers and atmosphere. We are pretty active live. It is probably a little more raucous live then the album might feel. We try to use the stage as a place to cut loose a little.

10. If a Major label came to offer Dream the electric sleep a deal is it something that would interest you or in 2016 with good pr and touring you don't need that any longer?

I doubt a major label would be interested in what we are doing. They have a huge bottom line and to feed that machine takes a lot of money and time. I am not sure that is what we want. We would look at a deal but would be willing to walk away if it was too overbearing. We have no interest in losing control of the project. The industry hasn’t hit bottom yet so we will wait it out and keep making art in the mean time.

11. What Music or Artists are impressing the band currently?

Ghost, hands down. They have risen to worldwide fame and impressive record sales in a time when the industry has been on a decline in terms of the conventional way we all know it. Their concept is well conceived, and their songwriting has done nothing but increase in quality since the first record. They feel like a throw-back to when rock music melded both accessibility and talent. That is certainly an approach to music that DTES is interested in.


12. If you could tour with any artist or band who would it be and why?

We would love to tour with Devin Townsend! We love what he does, his work ethic, his relationship with his supporters and we know there is some crossover between the 2 acts.

13. I ask this often in 4 words please describe the band to someone thats never heard you?

14. Do the members of Dream the electric sleep have other projects if so please let us know about them..

Not at the moment ☺