Skip to main content
Posted by The DoorwayTo November 27, 2015 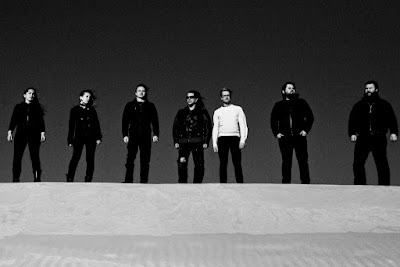 7. Is there a running theme or story behind Litany? I swear I can hear one.

James - It’s set a score of years after the fall of civilization.  There are different factions vying for survival, some benevolent, some otherwise.  It’s about surviving by any means necessary.  Cannibalism and ritual have replaced capitalism and organized religion.  Agriculture is remembered and is taking root.  Amidst all of this, they examine what humanity was, is, and could be and decide that the best future is one without the shadow of man.  It’s ultimately about the conscious decision to let one’s own species fall into extinction for the good of all other life.
Mike - Litany is the second chapter in a story that hasn't reached its climax.  Unlike the first album, which was a singular perspective, we gave voices to multiple influences and characters within the evolving environment.  This allowed us to explore environmental, social, and internal conflicts in the face of certain collapse.  A lot of details are left open and more questions are brought up than anything else, but frequently it asks if humanity will cave in under hysterical rage or surrender with grace.
8. Billy Anderson’s sonic touches are there esp. for the crusty/post-hardcore moments. How was it working with him?
James - That man is a sorcerer.  My only complaint is that we didn’t track the thing in his bunker so I could’ve thrown knives in the yard all day.
Sean - Billy is the most witty, energetic, passionate, and professional individual we’ve had the pleasure to work with.  His expertise astounds me.  It was never a dull moment in the studio, and always rewarding, especially at its most challenging.
9. I do hear an old British doom metal element too, bands like Anathema, My Dying Bride, and Paradise Lost. I'm not crazy about this correct?
James - “Solitude sometimes is best society.”
Heidi - John Milton would say you are not crazy.
10. Dallas seems to be a hotbed of extreme underground music as of late as it was more Austin and Houston in TX for years. What do you think the reason is?
Sean - Personally, I think it’s always been true for Dallas - it has just taken longer for the city to get it’s due stature in that way.  Those who are churning out killer material have been doing so for years in some capacity or another.  It’s long overdue.
James - Dallas has had the best, most diverse weirdo music scene that I have come across.  Sure, New York is diverse, but it’s not personal like it is here.  Go out on any night and you’ll either see a great show or hang out with people that played one the night before.  It’s a great time for Dallas right now.
11. If you could collab with one artist or band (I don’t mean a split release). I mean actually work as one unit on some songs or album who would it be and why?
Sean - That’s hard to say really.  We’ve already collaborated with so many great artists, both as contributing musicians and producers.  The whole project really just started as a big collaboration of sorts in the beginning as I sought out others to finalize songs I had started.  So for me it kind of began in that humble way where I was just simply honored to work with my favorite local musicians.  I guess beyond that I’d ultimately have to say Madonna (Okay, Taylor Swift).
James - This is something we already have in the works, but I can’t speak as to which band it is yet.  You’ll have to wait for the next record.
12. Say Dead to a Dying World was offered a Major recording contract, 1st would you accept it and 2nd if so what would you want to do different than you’re doing now?
James - Man, I don’t know how I would feel about all that.  Making corporations money is not something I’m into.  If one of our songs wound up on a goddamned Walmart commercial I’d be livid.  I don’t see how anything would be different if that were to happen in some bizarro world.  I guess we’d have more resources to really go after it, but the process would be the same.  I don’t think I could bring myself to say yes, but it would take a lot of introspection.
Sean - Do we get to record in Dre’s studio?  If so, I’m in.
Heidi - Ditto about Dre.

13. What bands are currently impressing the band in 2015?

James - I was into that new VHOL track, but I haven’t heard the whole thing.  Botanist is rad.  We played a bunch of dates last month with Addaura and they are rad.  But man, I’m into the locals - Pinkish Black, Unconscious Collective, Tyrannosorceress, Mountain Of Smoke, Sarah Ruth, Seres, etc.  The list goes on.
Sean - Pinkish Black made their Relapse debut this year, and it couldn’t be any more deserving.  They are great people and amazing musician.  New Bell Witch rules, of course.  And Chelsea Wolfe!  Though speaking candidly, Kendrick Lamar won 2015 as far as I’m concerned.  Someone with such awe-inspiring craft and creative execution only comes around every so often.
Heidi - Thou, always and forever.  They make music all the time and it’s amazing, even when they’re covering Nirvana.  They’ve kept up their DIY ethics throughout the years and I really respect that.
Sean - They’ve never covered Taylor Swift though, so there’s room for improvement...
14. Thanks for the time, any closing thoughts here.
James - “Fuck one-button Flannels..” - Mike Watt
Sean - Vote West/Swift in 2020

Heidi - Sadly, this will be Sean’s last album with Dead to a Dying World.  He will be leaving to join Taylor Swift’s entourage and is scheduled to be in the music video for her upcoming single, “Bad Blood II”.