Skip to main content
Posted by The DoorwayTo April 03, 2015

The Kahless Clone Interview is up 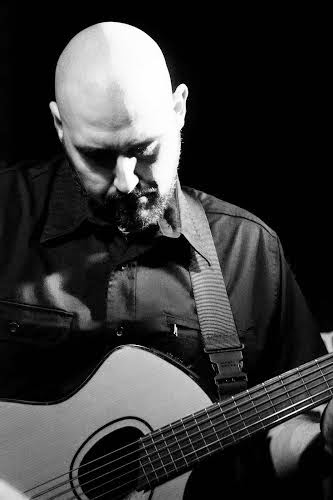 1.Vito when and how did the Kahless Clone come to be?
I started writing music for The Kahless Clone at the start of 2013.  A band I was in at the time was slowly dissolving, and I wanted to have something else to fill up that extra time with.  I knew I wanted to do something different than what I had done in the past, and I knew I wanted it to be instrumental.  I started recording ideas here and there that I thought sounded cool, and eventually I worked them into full songs.

2. I heard a lot of elements of Metal, Post rock and Prog in this release. Are you influenced or  a fan of bands like Russian Circles, Mogwai , Ulver, Tehni or  Antimatter as i hear a lot of those bands in yours.
Mogwai has been an influence on this project for sure.  It’s cool that you picked up on that.  I’ve been getting into Russian Circles this past year.  It looks like they have been getting more popular which is great.  They’re from Chicago as well, so maybe we’ll be able to do a show or a tour together sometime.  When I was writing these songs I wanted to combine the dark and heavy sound that I’m used to writing, and mixing it with that atmospheric post-rock sound.

3. What is a live show like with The Kahless Clone?
We are currently working on our live show.  Up to this point we haven’t played live yet.  We’ll be playing a lot of shows and do some touring in the next month or two.

4. With you new album " The endless loop" why did you self release it was this best option being a member of Novembers Doom you must have had label options?
Part of the reason was to see how much I could do by myself, and the other reason was to maintain as much control of the project as possible.  I wanted the challenge of starting something from square one, and turning it into the final product with little to no outside help.

5. Following up on last question is what a band really needs today is strong social media and good PR firm and the rest the band can handle?
To a certain degree a band can create, release, and promote their music by themselves.  With how far home recording gear has come over the past decade, the amount of people on social media, PR companies that are available to be hired by virtually anyone, and sites like Bandcamp, bands can do a lot on their own.  Of course labels will have more connections and resources than your average musician, but I think it’s way easier to startup a band and make it successful now than it was ten or fifteen years ago.

6. Where did the Idea of such fragile and bombastic sounds come from. This there a theme for the band or is just the surrounding that have made the project the way it sounds?
I wanted to make instrumental music that was dark and emotional, instead of technical and show-offy.  Mostly because I’m not a technical and show-offy player, but also because I’m drawn to the darker side of instrumental music.  I discovered post-rock a few years ago,
and was instantly drawn to it.  I knew I wanted to take elements of that style and mix it with heavier music.  I wanted the music and song titles to make you feel something, instead of relying on the lyrics.

7. If you could make a video for any track which would it be and why?
I would want to make a video for the song I Can Feel Them, but I Can’t Remember Them.  I have a vision that I think would be really awesome for it.  I think that track creates a cool zoning out effect when you listen to it due to the mood and the song title.  It was also our first single, and a lot of people are digging that track.

8.  This clearly is not a metal release . Some may call it post metal but if you’re going to be touring are there any bands you would like to go out of road with and share the stage? You have very much at Caspian vibe at time i think that would be a great band for you to play with….
I think Caspian is a great band.  I would love to do a tour with them.  You’re picking up on some sounds in our music that no one else has yet, that’s cool!  Some other bands I would love to do shows and tours with are This Will Destroy You, Ghost Brigade, Junius, and This Patch of Sky.  I think we all share a heavy emotional sound, and fans of those bands would dig our music.

9. What are the members of The Kahless Clone currently reading and listening to any shockers?
I’m not sure what the other guys are reading/listening to at the moment, but I just started the novel Cell by Stephen King the other week.  I’ve been on a huge Stephen King kick this past year and a half.  I’ve read probably a dozen or so of his novels in that time.  So far Cell is ok.  I’m not into it as much as I thought I would be.  Maybe because I’m kind of sick of the whole zombie craze.  As far as what I’m currently listening to, it’s been a lot of 90’s alternative bands that I loved back in the day.  Days of the New, Seven Mary Three, and Live to name a few.

11. Where do you see the future material heading with is always be instrumental or could you see vocals. I really think that it could go either way for  band like this?
I think the music can lend itself to vocals, but I’m going to keep it strictly an instrumental band.  I’ve always done vocal based music, and just really want to try something different.  It’s also easier doing instrumental music because if a member gets sick, he/she can usually still get through a show.  If a singer gets sick or has throat problems, it’s pretty much a done deal.

12. I don't know if any one ever asked but would you every want to play on the same bill as Novembers Doom or do you feel the two are just too different?
I would totally be down for doing a show with Novembers Doom.  I think it would be fun!  We’ve actually talked about doing a show where the lineup is only Novembers Doom and
the side projects of each member.  I think fans of Novembers Doom would dig the music of The Kahless Clone.  There are similarities since my writing style is in both of the bands.  I can’t get away from that no matter how much I try.  I blame Larry Roberts the other guitar player in Novembers Doom for that.  He’s pretty much been my songwriting mentor since I joined that band.

13. This the band more  about the emotion that the music brings or more about the power of the riff that draws one to the song?
The Kahless Clone is definitely more about the emotion and mood of the song, than cool riffs.  My writing style ten years ago was the exact opposite.  I wanted to have cool riffs be the main focus of each song, with some moody stuff thrown in there occasionally.  I guess I’ve grown up since then, or maybe people think I’ve grown more lame.  Either way, I still blame Larry Roberts.

14. Do the other members of the project play in other projects outside vito/ Nov Doom.
Ben Johnson and Andy Bunk play in a band called Divinity Compromised, which I used to be in as well.  Divinity Compromised is a prog metal band similar to bands like Evergrey, Nevermore, and Scar Symmetry.  Garry Naples also plays in the bands Without Waves, Kastasyde, Immortal Bird, and does a lot of session work as well.

15. Thank you for the time any closing thoughts here
Thank you very much for this awesome interview!  You can buy our debut EP An Endless Loop wherever digital music is sold.  You can also get downloads and the physical CD at our Bandcamp site thekahlessclone.bandcamp.com as well as at CD Baby www.cdbaby.com/thekahlessclone

Thanks again for your time!