Skip to main content
Posted by The DoorwayTo March 02, 2015 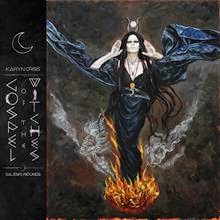 So Karyn is been a while scene we seen you in your own project yes you fronted Ephel Duath for few releases but now with your Husband main man behind Ephel Duath also members of Immolation and Tombs, This seems to be the most fragile and personal release of Karyn's career. This was a labor of love Cover art done by Karyn and the album was funded by Etsy and Indiegogo campaigns. This is more an avant and jazzy prog rock meets metal framework. This is the most melodic side I've heard from Karyn as well. There are still the full on hardcore growling vocal attacks but with Salems Wound there are many clean vocals sytles some deep, some angelic some even very aggressive. This has a very Opeth, Ephel Duath , Dan Swano and Made out of Babies over tone mix with her other full time band Crisis. This is by far the most mature and focused I've ever heard Ms. Crisis. I didn't every really know that Karyn had such vocal range. There is a sadness and sorrow to the over all tone of the release as well that works major. Also it sneaks up on you bit there is  a Southern Sludgy Blues movement going on through out the release. Gospel of the witches is by no way a simple listen. The rewards you will get from it are well worth it and could be a much talked about release for Century media in 2015... 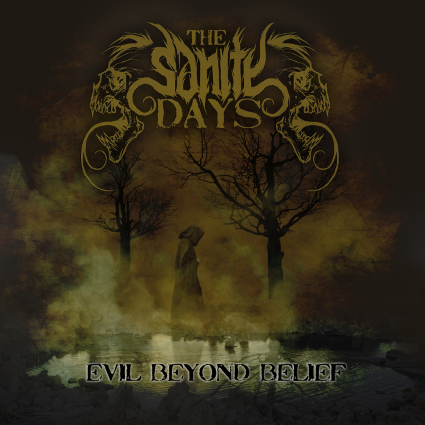 Wow I feel like a kid again what do a get with Former Grim Reaper front man and Members of Onslaught. Well fool what do you think your going to get . Its a Classic Thrash/Power metal tour de force with all the trapping of that 80's genre and yes you have suckered in this old man. The vocal vibratio's and raspy tone. Those very warm bassy tones of the the guitars and rhythm section. This is that Bay area and early German thrash style . I don't think you will be fooled by that mixed with that New Wave of British Heavy metal vibe. There is a very much a Diamond Head and Saxon vibe going on . The melodic guitar and bass interplay is just amazing and the songs have that heavy catchy over tone. They are what bands like  Blind Guardian, Rhapsody and Angra all became yrs later, There is that Gamma Ray element through this as well not the Helloween one I expected. There is a very other realm story line going on here. The Sanity Days are story tellers lets get that clear and very talented ones indeed.. 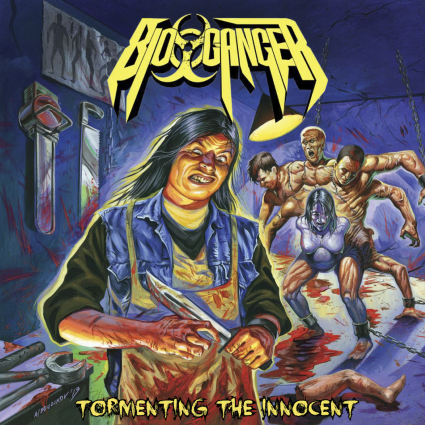 And with this we have the other side of the Thrash spectrum with that full on extreme Bay area and later german speed metal meets thrash movement.  All I have to say is Forbidden, Exodus, Sodom, Kreator and Sadus is that you have going on hear.  There are even nods to bands like Overkill and Nuclear Assault going on here. There are proggish leaning in the bass and drums that bring in that Violence and Pestlience movements as well too. All that is really needed to be said this this is total thrash metal glory and if you are a fan of those mid 80's early 90's live show  circle pits then you are right at home once more. 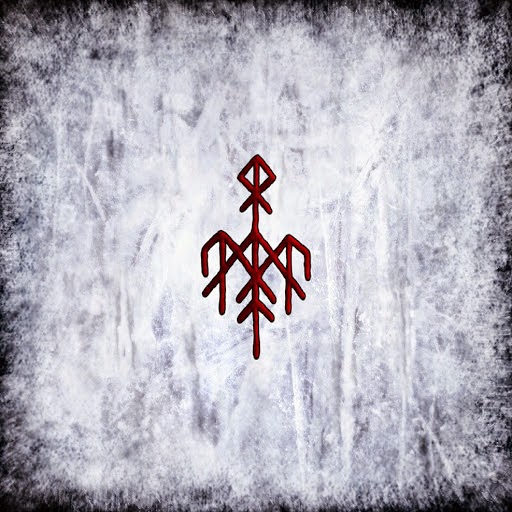 This is a reissue of the debut by this Norse  Heathen Viking force. Vocals are by non other then Gaahl of  Gorgoroth fame. There is such a Pagan old world element to this as a whole. What we have is the 1st part of a trilogy of albums about the 24 runes.  Wardruna are very ambient, minimalist, Folksy and primitive in all the right ways. I'm reading and seeing much of Wardruna tracks have been used in the History channel show Vikings and with one listen you can very clearly see why. This are hymns passed down from father to son to clan to clan so one never forgets that struggles needed to survive everyday. The Strings, simple percussion whisper chants and almost throat singing is just beautiful and majesty as a whole. Love the wind instrumentation as well. This reminds me of bands like Falkenbach ,Hagalaz Runedance , Hedningarna and Garmarna. There are even moments of bands like Dead can Dance and Third and the mortal going on through out. This is a wonderful dark folk release with many magical elements through out .

So this is one of the bands your either going to be floored by or bored by are it's all about experimentation, The musical build and layers that happen through out the tracks and the emotions it plays on those tones to you and those around you while you listen. Call it Post Rock, Avant Rock, Ambient Prog, Post Punk, Space rock I don't care its all that and more. There is a very German electronic or Kraut rock vibe to all of this project bit that is really just again one of the many stages and waves of the band. K-X-P is the kind of music you need to feel and let absorb into you bones and take it with you as each time its going to bring you something new in way you experience the tonal music.  I know some of you will call this arty and high brow and yes it is but its also amazingly diverse and talented and something I do not want to stop listening to.  If  Electronica, Prog Rock,  Post Rock had merged into a musical form  K-X-P would be the leaders of this movement. 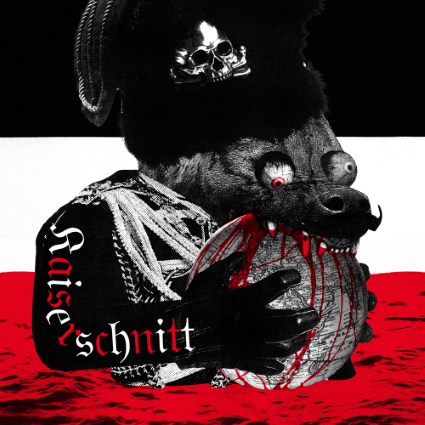 So with this sickness that is presented in front of me they mix Martial Industrial, Post Black metal and Electronica  in to something that is Part D.H.G, Der Bluthrasch, Mayhem and Manes all into a package that just get odder and more wonderfully difficult to explain track by confusing and awe inspiring track. There are even times I swear I'm listening toe early Bethlehem or Khold just in the arrangements and soulless bleak hatred that is laid before me. There is melody, noise, machine noise, frozen harmonies and fury about this release that when you mix all these ideals together it takes you were only very few have dared to even climb up into. The German samples and moments make this a war time extreme music band and adds another layer of complexity. There is no way to really explain this at time they ever Laibach and Rammstein as well.  All I know is this is an album that will be getting several more listens by this reviewer,

Low end lumering Sludge metal fest with the love Post Hardcore this is the kind of music bands make and can only make a few releases as the raw aggression just isn't there as if it is too long that Band member seem to be placed away for long times of therapy and mental breakdowns. Gloson is clearly one of the most pissed off mid tempo releases I've heard . If you slowed down Neurosis and Crowbar then mixed in elements of bands like early Swans and a touch of bands like Fudge tunnel and Kiss it goodbye you have a very close kick in the teeth of where Gloson is coming from. I'm not going to bore you with a long review here. If you love the power of the riff Low, Slow and Steamrolling at you then Gloson is your band of choice !!!!

Saturnalia Temple- To the Other- CD/ Digital ( Anja Offensive/ Listenable)

Fuzzed out  Black Doom in the highest of occult levels. This is knuckles to the ground primitive wall of bleak sounds and nightmares as a small child you tried to run from well they are back to show you not to be afraid and that this was the way you were suppose to follow all along. Saturnalia Temple is as hypnotic and awe grabbing. There is an ethereal quality to this album as well and the more you listen it draws to this place. Some would call this a stoner release and there are those riffage of sleep and that proto doom movement but really that isnt even a true layer of the whole. This is a ritual that you have to complete to ever find out what the true answer to the end of this all really is. What i do like is the very space rock of Hawkwind and Monster Magnet early releases going on through out the album with the Noise, Feedback and rumbles. You really need to hear this as it Maybe another " Satanic Drug thing" ...