Skip to main content
Posted by The DoorwayTo July 07, 2014

Old school East Coast Hardcore done fast dirty and hard . What we have here is a collection of their tracks from 1995 to 2001 when the band called it a day . This is what i went to see at CBGB's Sunday Matinees and at Pipeline in NJ.  Voice of Reason remind me a lot of bands like Leeway, Cromags  and Sick of it all and Murphys Law. If you remember when the circle pit was in  and Metal kids and Hardcore kids would goto the same show and have a blast this is the music the comes to mind. There is a melody to all of this as well that works into the mix of the pure hardcore themes. The voice is an anthem for youth you can just hear Jay Reason preaching the word...  Don Fury did their demo so you know the cred is there my friends.  30 + blistering hardcore tracks all on one release how can you ask for more... 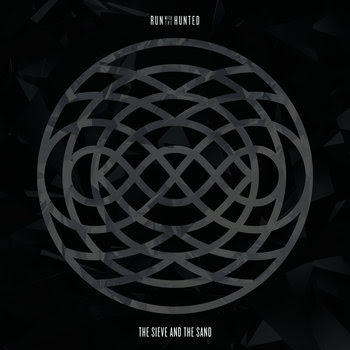 This AZ unit's 4th release is something that I really have come to like of the years the mix of Noise Rock, Post Hardcore and Modern Metal elements. If you like bands like Dillinger Escape Plan, Today is the day and bands like Converge or Oathbreaker this will be a home run. There is a catchy edge to the chaos here that drive the prog and complexity to an amazing  full  wall of madness. The vocals are the of Faith no more or Polkadot Cadaver with Screamo side to them.  There a many bands like this today and Run with the Hunted are another strong example of why when done right this music works on so many levels..

What we have here is a reissue of the bands 2nd album that was released on a small label in 2010 and needs to be heard by a wider audience with Drapsnatt you have a Post Black metal band with very much the acoustic, prog side and folk elements very much a part of the whole of the release. I would say if you could mix Falkenbach, Burzum and Fen into one unit it would be very close to the styles that are going on here. It's epic, distant, fragile , bombastic and tormented all at the same time.  There is an earlier Dimmu Borgir feel to this album i will say stormblast does come to mind as well as band called Dawn... Check this out you will be impressed if you like folksy Black metal... 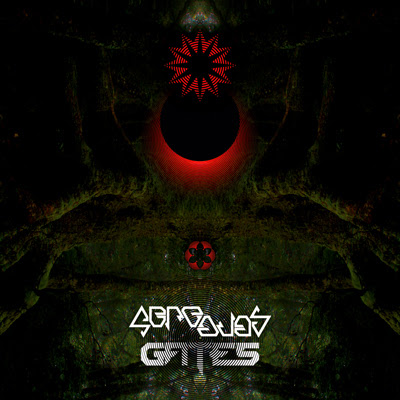 Australian sound designer Scott Baker has created something that is familiar but really something all his own. There are other fellow Aussies that I can hear that he has taken elements of his sound from  Trial of the box, Halo and Shinjuku thief. Clear this album is a mix of Ritualistic/ Tribal Electro Noise with a Black and Sinister ambience to complete the picture. This never becomes full on Harsh noise or Dark Industrial the sounds ebb and flow to much and there is a strong drift and eastern stylistic vibe going on through out the album. A Dvd is included with the release and I have to see it a with my copy just audio was for review. I Feel the live show must be something to witness .  Abre Ojos I need to hear your other material for sure now... Impressive to say the least...


What you you hear is what you get here folks. This is Occult Black metal on the coldest and bleakest of orders. If you miss Black metal with all its grim . punk and under the veil symphonic elements that many bands in the late 90's early 00's did then with Hrizg it's all back with the vengeance that you will want. The album is not out to make friends or fans . It's for those of us that know this is the end times and we are prepared for the battle that approaches. Pick you side as Hrizg as well have done some time ago... Horns up on this one...

Sludgy, Grungy . Proggy  Noise rock is a wonderful thing when done right and if you can add that Crust and Punk element to it as well then you have made a fan for life here and The Great Sabatini has done that and so much more here for fans of bands like Melvins, Grinch, Noothgrush, Floor and Today is the day . They would have band signed to Amrep in a moment 20 yrs ago . So its clear what the sound of this band is they even have moments of bands like Hammerhead, Craw and Early Helmet...  Long live noise rock and and all it's manic glory...

Black Death is something that has always drawn me in. Bands like Dissection, Hypocrisy and Ancient Rites etc... What Deus Otiosus does to mix it up a bit is add thrash and punk elements into the sound to mix it a bit more active and primitive in the presentation as a whole, The vocals come very much from the death metal front and at its essence we have a Death metal release with elements of Motorhead, Black Flag and Kreator making this a very enjoyable release over all. The tracks are well done and have this way to stick in your head even after listening to the album and that doesn't happen to me much these days. Rise with the album cover says a lot its a Monster of a release in a storm of many around them trying to do the same thing just not succeeding as well.


Where the hell did this album come from and thank you for letting this reviewer hear it!!!
If you like what labels like Southern Lord, Exile on Mainstream and Translation Loss are doing then Secret Cutter are going to knock you on your ass.. Add the Noise of labels like Touch and Go and Amrep  you have it to a tee. This album is not only pissed off its amazing. Nightmare vocals with a wall of Experimental mental Sludgy Post Hardcore Noise rock . This is becoming a common theme . I think the 2nd coming of Noise rock mixed with Sludge and hardcore is making a massive comeback. The economy sucks , Jobs are at all time low and people are just plain suffering and with these elements great music comes from the struggles of man.. I will not be taking Secret Cutters out of rotation for a while with new Floor, Eyehategod , Godflesh , The Body and others 2014 is turning to be one hell of a year for underground music.