Skip to main content
Posted by The DoorwayTo December 21, 2011 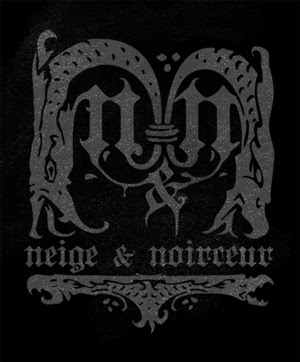 1. This is the 1st time I remember hearing  Neige et Noirceur on a full length how is the older material differ from Hymnes de la Montagne Noire?


The older material is a bit more in the linear, ambiant blackmetal vein. This time around, I wanted to start the album with as much speed and hatred as ever, and to get away a little from the Québec folklore aspect I’ve put at the forefront of the «La seigneurie des loups» album. I wanted to create something more direct, darker and mightier!
2.  Your working with sepulchral productions an up and coming underground metal label how has it been as I think this is you 2nd or 3 release with them?


It’s my second album on the label. It’s a pleasure working with them. With Sepulchral Productions, you know that your album will have a good visibility and be spread across the underground black metal scene! I’d like to think I was able to create some sort of a cult with my music, and Sepulchral for sure is helping with this!

3. Neige et Noirceur has a very other wordly atmospheric sound in Black metal how did the sound come about?


Hard to say actually.. I guess it probably has to do with the fact that I use some elements of drone and noise music, as well as some delay and effects; you could say it makes the music more “actual-sounding”.

4. When I listen to your new album I hear bands like Wolves in the throne room, Burzum and Xasthur elements going on do you feel your on the more experimental side of the blackened sound?


Well, as an artist, I try to create what we could call different tones of darkness. I like to introduce different elements of dark music genres in general in the sound of Neige et Noirceur. I’m certainly not an “Orthodox Black metaller”, but, at the same time, I don’t really like stuff that is too experimental!

5. Does Neige et Noirceur perform live or is it just a studio assault?


Maybe if I was younger. Then I could build a band and start playing live, going on tours, etc. But now, I really don’t have the time for it.


6. You build such an array of sounds and emotions with Neige et Noirceur how are the songs created are they layers after layers or more just a raw recording with a few effects added in?


I always create and record the guitars with the drums first. It’s almost an improvisation of sorts. After that process is over and done with, I add voices, bass lines and, of course, all the other various elements that make a song truly complete.


7. There is something about Canadian Black metal as of late that is just more original and interesting what is the scene like in Canada now . I know the label your on just had a big  2 day fest there?


I think there is something special here. Some would say in Canada, as for myself, I’ll refer to Québec first. We can see that a lot of Black Metal bands from Québec are playing live and touring, some even going to other parts of the world! All this really has a motivating effect on the scene as whole here. That aspect was missing when I was younger and had band…


8. If someone was to ask what Neige et Noirceur sound is? How would you explain it?


Cold and fast black metal from Québec... at least you can say that for the last 2 albums. The music I created before was not always like that (black metal perhaps flirting a bit more with ambiant, drone, doom, noise)


9. is Neige et Noirceur fans of the digital age ( Social Media, Digital audio, webzines) or do you miss the paper zines, radio and tape trading age?


I only miss playing live (with my old metal band). Of course, the internet has changed the face of music as a whole, but I’m okay with that! Online or not, music will always be music if you can feel the vibe.


10. Were do you see Neige et Noirceur heading on future releases?


I would most certainly like to record future albums with the sound that I feel the music deserves! And having the whole Neige et Noirceur discography available on vinyl would nice!

11. Do you feel Solo or Bedroom Black metal as some call it gets a bad vision . I think some of the best BM out there is done solo...


Hard to say. Creating music alone is a fantastic experience, but at the same time I must admit that I find a lot of young solo projects are making annoying music. I hope I’m not of the latter group of course, but I like to think my experience and various influences help making Neige et Noirceur and interesting project.

12. Thanks for the time any closing thoughts here