Skip to main content
Posted by The DoorwayTo August 01, 2011 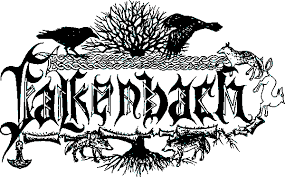 When talking about the origins of heathen Metal from Germany, one name invariably is mentioned: Falkenbach. Going for over twenty years, this project by Vratyas Vakyas is considered as a trailblazer and prime mover of a musical style that perfectly combines epic heroism and Germanic mythology, Norse-tinged folklore and metallic aggression – and all that far beyond the well-worn clichés of the so-called "Pagan Metal scene."
Albums such as "... en their medh riki fara ..." and "... magni blandinn ok megintiri ..." are considered classics of pagan Metal, but Vratyas Vakyas' later records – e.g. "Tiurida" which was released early this year – just as much proved the strength and conviction behind his musical vision.

Hence, we are very proud to announce that Prophecy Productions and Falkenbach agreed upon a long-term partnership and that from now on, Prophecy are going to lend Vratyas Vakyas their support in the realisation of his vision. The musician has this to say about the signing of the contract: "As a label, Prophecy stands for qualities and ideals that are very important for me personally and for Falkenbach. After being in touch with Martin Koller for more than 15 years, I am particularly happy that Prophecy and Falkenbach are going to travel together from now on. At the moment, we are busy preparing the next album, and I am really looking forward to our co-operation."