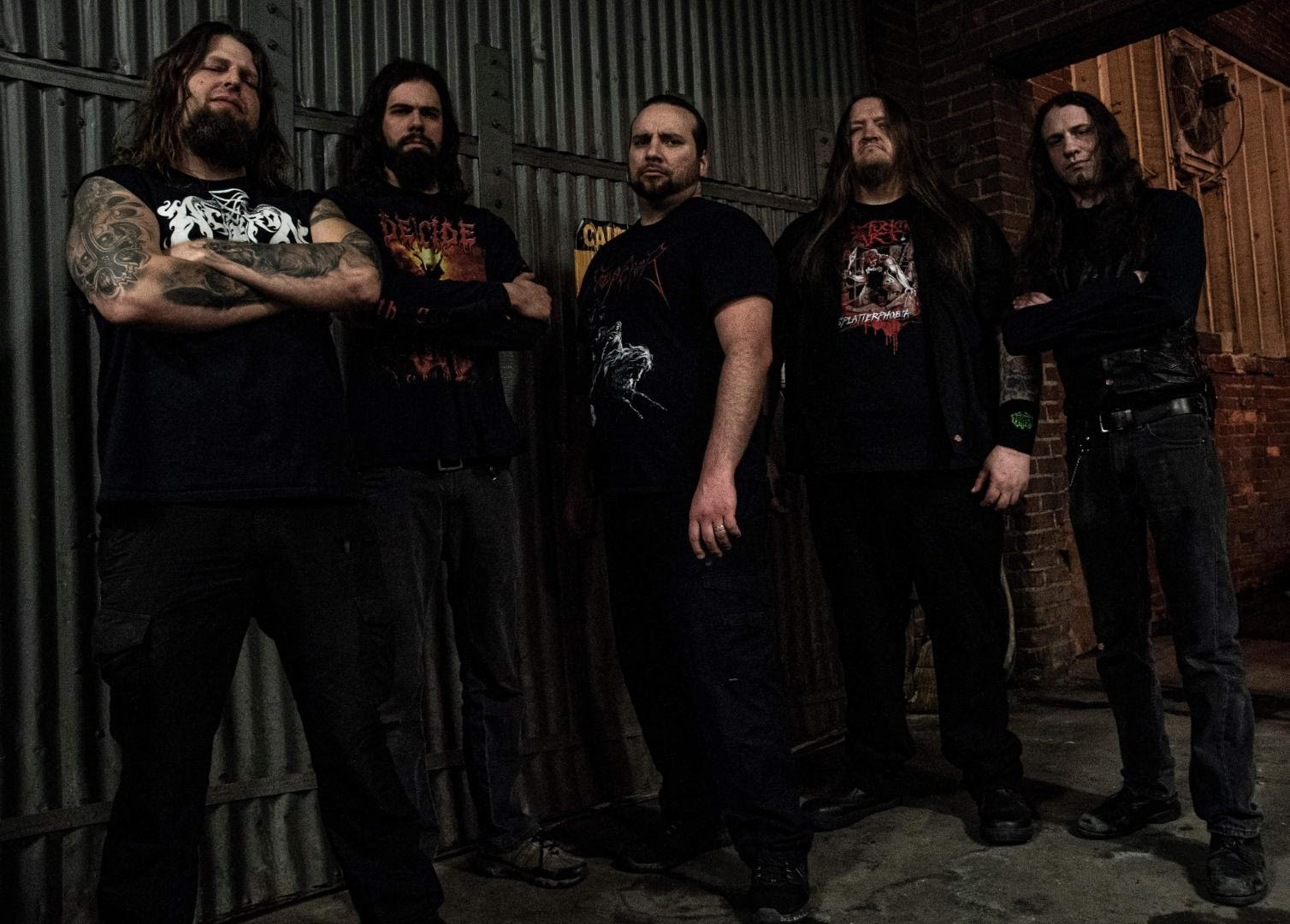 1. Please tell us how the death metal force of Lecherous Nocturne came to be?

Kreishloff and Hohenstein formed the band in 1997 I joined the band in 1998 and we have been through a truck load of interchangable musicians since then.  I had always been interested in working with Jason Hohenstein when the call came in for a chance to do so I was all over it, little did I know that Kreishloff and myself would have such a great musical connection with each other. We are both completley different players but complement each others style that I personally think is a key element to Lecherous Nocturne's sound.  Hohenstein said it best when he said I play with alot of love and Kreishloff plays with alot of hate.

2. You released your Debut on Deep Send  and with Unique Leader. Why the change in labels?

Unique Leader bought our contract from Deep Send, it was actually a suggestion from Deep Send to go to Unique Leader because I think they felt it would better the chances of Lecherous Nocturne being heard and put on to a more world wide market something DeepSend didnt really have the budget for.  Grahm at Deep Send is really one of the few guys with a label that actually cares about the bands he's working with and wants to see them do as good as they possibly can, he still helps us a great deal today.

3.  Lecherous Nocturne seems to be a band of Seasoned Death metal vets with members in Monstrosity, Nile, Eulogy etc. Where did you all find the time for so many projects.

4. Lecherous Nocturne has a very epic sound esp in the guitars. You seem to have more in common with the 90's earache sound then lets say the Roadrunner or Nuke Blast stuff. There is a good melody as well to Lecherous Nocturne . Your not the standard Brutal Death Band . was this done with a main vision behind it.

Our main goal has always been to write the most aggressive, intense music that we possibly could nothing else, we have recently started experimenting with different paths musically with a little more melody here and there but we have always wanted a very powerful guitar and vocal section and I think thats what we get most of on our records, Kreishloff reffers to it as "a wall of sound"

5. What does Lecherous Nocturne like more Giging or in the studio making releases?

They are both equally important to us but I think that would differ a bit from member to member though, me personally I like the recording process much more than the live show, its the purest feeling in the world to me to see and hear a vision come to life for the first time not to say that I dont like playing live because I love it but theres something a little more magical and personal about recording your music with your brothers.

6. Is there a story line behind your new release " The age of miracles have passed" ?

7. Are Lecherous Nocturne fans of the digital age with Mp3, You Tube, Sat radio and webzines ? Do you miss the days of old??

Well as fans of metal I think there will always be an affinity for the old school ways of doing things but you have to evolve with the times, modern technology has opened up so many doors that were near impossible before. Yeah I do miss the old ways but I wouldnt want to be doing buisness that way now while the rest of the world leaves us behind in a cloud of modern advances.

8. I do hear a slight Black metal vibe in the tone and feeling of Lecherous Nocturne are you fans of this style?

Yes we are into black metal but I think the main influence is brutal American death metal. But we are open minded in the writing process and dont beleive in following any guidlines for our music, we want to incorporate all of the styles that we love, black metal being one of them.

9. If you could tour with any project who would it be and why?

That is a can of worms that is probablly better left un-opened, but we would love to get the chance to get out there and support the greats like Cannibal Corpse, Immolation, Morbid Angel etc.

10. Where do you see Lecherous Nocturne going with its future releases? I can hear a more experimental/ techinical progression from debut to current release.

With every effort the band grows both mentally and musically so its really kind of hard to say what direction we'll go but I can tell you it will be aggressive, intense and really fucking fast.

11. Thank you for your time any closing thoughts here.

Just want to thank you and Absolute Zero Magazine for taking the time to talk to me about the new Lecherous Nocturne recore  The Age of Miracles Has passed, we hope to see all the fans on up-coming tours and best of luck to you guys at Absolute Zero.