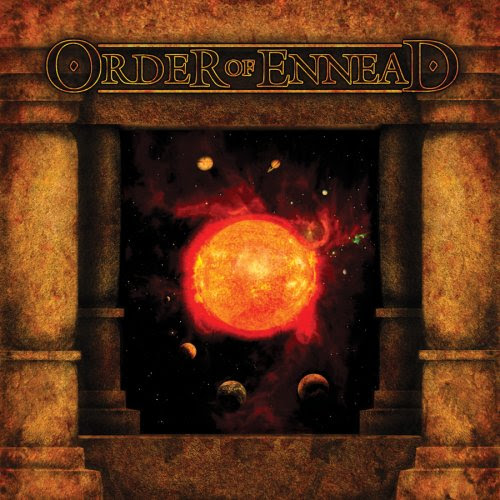 The 1st thing I hear from this Tampa Fl Metal Band is a Blackened Fury that band many other bands have done before Fast Black Death at break neck speed but as the songs and tracks progress there is a very familar vibe for a few other very underated bands out there one being Decembers Wolves which Order of Ennead sound very much like to me with the technical and progressive Death elements mixed in with the elements of Marduk, Dark Tranquility and Opeth for good measure. There are some avantgarde moments too that are almost down right eerie. I understand is really just 3/4 of a band called Council of the Fallen that releases a few Cds on Martyr Music and Season of Mist. Earache seems to give these bands a change to get a release out but I hope that unlike Decembers Wolves who they all but forgot about on album two. They give Order of Ennead time to gel and expand on a very powerful and honestly amazing sound and style. This is intelligent metal and I hope to hear more in the coming yrs.
http://earache.com/

Ephel Duath - Through My Dog's Eyes -CD (Earache)
This one of those bands that always blurs the lines of metal, jazz, blues, post rock . As we begin the journey of " Through My Dogs Eyes" we have a lazy southern slide guitar bluesy riff with deathish screamed vocals and one minute in all of the Ephel Duath sounds a lot like Mid period Voivod which is a kick ass element to me. As we moved and flowed along the release that avant free jazz/ metallic post rock sounds weaves a story all its own to the world this Italian unit. Ephel Duath have most in common with artist like Frank Zappa, Mike Patton, Melvins and Neurosis. This Band will never be a mainstream household name but then again it would be far to boring a story if they were . Thank the mighty Gods above we have bands like Ephel Duath. it keeps me looking forward to more bizzare very undefined musical movements. A major winner in the Earache roster. A must for those Avant Extreme music fans.
http://earache.com/

I'll be honest over the years the best material I've gotten is when a band sends me there own material and care enough to get the music out there. Red Painted Red is one of those moments again. This Female/ Male fronted Trip Hop/ Experimental Rock Unit has a subtle mellow vibe that layers it's sounds as it grows from track to track. Red Painted Red reminds me of the Later period Jarboe/ Gira days, The 1st Sanctum CD on Cold Meat, PJ Harvey and Third and Mortal when Ann Marie was the vocalist . The vocals has total Jarboe worship but it works amazingly well with the lazy backbeat slighty fuzz driven sound that we have going on here. Red Painted Red love the essence of the soundtrack album. At times this has a very current day Ulver feel to it as well. All 4 tracks are very well done and worth listening to multiple times as you always hear more with repeated listening. Take a chance with something new why don't you...
http://www.myspace.com/redpaintedred 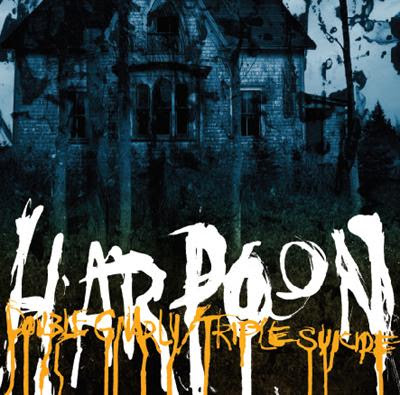 Harpoon - Double Gnarly / Triple Suicide-CD (Interloper Records)
I've never gotten digital grindcore stuff and I don't think I ever will. This is grindcore/ Hardcore with a drum machine. If you like the impossible drumming that sounds robotic . Then this is a win win for you. All the tracks sound the same to me. Maybe I'm just getting to fucking old. There are moments when its not a whirlwind of beats and 100 notes were a sludgey element comes in and for 30 to Minute I really start to dig it but after that its all band to that fucking grind/ hardcore riff that Napalm Death made sound so amazing 15 yrs ago . Even they have moved on people. I don't know what else to say about this just not making me have lasting effects with this one Harpoon maybe on the next one if you get to do a next one.....
http://www.interloperrecords.net