Skip to main content
Posted by The DoorwayTo August 29, 2020 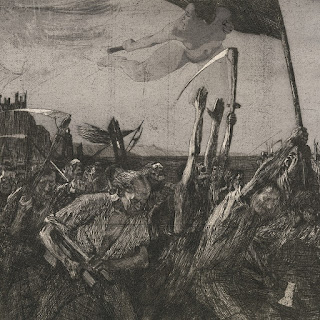 Panzerfaust (Canada) The Suns of Perdition II: Render Unto Eden- Digital, LP, CD ( Eisenwald)
What are you thinking your going to get here . It's spellbinding  Post Black metal with some Blackgaze and Post Hardcore elements thrown in for good measure. This album sound massive from the  arrangements to those powerful deep and dark metal psychosis styled vocals. I like to use words like  Bombastic, Nightmarish, Otherworldly and Innovative and that is what I'm going to stick with on an album like  " The Suns of Perdition II" The haunting and ethereal nature of the vocals and guitars are really a stand out at times as well.  Panzerfaust has been at this for over 15 years and with each step forward the band experiment and challenges their listeners in the best way possible and I hope for this to never change. 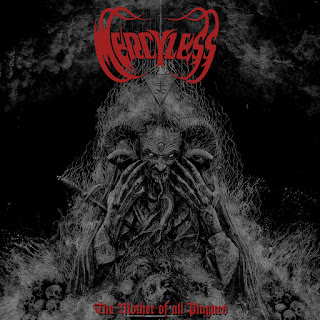 MERCYLESS- The Mother of All Plagues- Digital, LP, CD  (XENOKORP)
Going  strong for over a Decade this France Blackened Death metal force reminds me of bands like  Immolation, Altar, Dismember, Asphyx and even Acheron are the tones coming from this album Mercyless are catchy, dark and brutal all at the same time . They have these aggressive hooks that come out of no where and just take you over. I can always respect the extreme thrash elements of bands like  Destruction, Sodom, Kreator and Hellhammer coming from the speakers as well. These guys know that placing some ugly punk elements never hurts for a great Death metal record from time to time either. I love those almost old school vomit death metal vocals at are coming here. Nasty and fierce and just mix into those low and heavy grooves that push through so much of the record. This is a stunning  Death metal release. 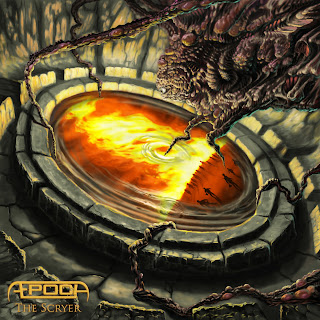 Æpoch- The Scryer- Digital/CD ( Self-Released )
Progressive  Modern  Death metal is what you are getting from this what seems to be an E.P. Aepoch are based out of Ontario so yes Canadian.  Just from the 1st listen or two you can hear elements of  Revocation, Obscura, Cryptopsy and Gorguts for very sure. The complexity come from this album is second to none. Those Jazzy bass lines that pop in and out have that Cynic and Pestilence moments as well.  A release like this take precision and forward thinking to get to a completed task like this. There are even hints of Opeth esp early Morningrise period going on through out . I would say if you like the 1st three Edge of Sanity records there is a lot of that homage going on through out as well. Yet everything is still so very clear and polished that is so hard to do with a style such as Prog Death. Do not allow this record to slip through your fingers. This is a gem in the making.
https://aepochmetal.bandcamp.com/album/the-scryer 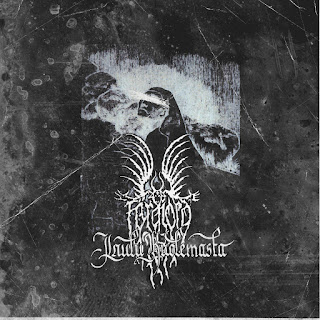 Finnish Black metal in the ugliest and most sinister way possible this seems to be the fourth release by them and 1st on Werewolf label. This has that nasty 90's lo fi element were it sounds like it was recorded by generators on a 4 Track and the Vocals shrieked in to a CB mic.  There are tons of punk and hardcore vibes coming through out this with enough static and noise as well to make you think there is no budget but I think Forgjord are fooling us all and this was very much done on purpose as it makes the album sound all the more unsettling and unrelentingly savage. There is so much Burzum and Early Mayhem love going on here it just makes it all the more sweet to listen too. Forgjord is intoxicating for a raw lo fi Black metal fan . Those guitar tones, frantic drums and crys out in torment from the vocals. You really can not ask for more. There are some very smart arrangements going on to with an almost theatrical or carnival atmosphere. Do not take this album lightly and it has many twists and turns and becomes addictive if you let it. 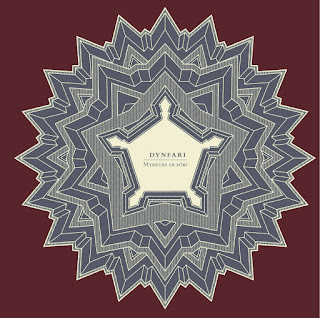 Dynfari -Myrkurs er þörf- Digital, LP, CD  ( Code666 )
Coming out of  Iceland we have Dynfari creating a Folky ethereal Post Black metal meets Blackgaze overtone . This is seeming a common place with many North European bands that play black metal these days. This album has a deep, warm flowing overtone and at times comes across and  Progressive and Doomy as well. The other side of this beast is that Atmospheric and Dissident elements that come through to cut the more Gothic black tastes you get often through out the album as well. I almost want to say if you mixed bands like  Katatonia, Sentenced, Alcest, Fen and Enslaved you would have a good cross section of what is going on with  Dynfari. I feel they have a lot in common with there Icelandic brothers Sólstafir in sound and over all presentation. I love the very Pagan/ Heathen moments that come from the speakers with Dynfari. I'm very proud to have had a chance to hear and witness this record it will be one that gets played for years to come from this reviewer.